Ever had Tiger Butter? Try this low carb, sugar-free no-bake confection. All the great flavors of white chocolate, peanut butter and dark chocolate mixed together. There’s simply nothing else like it. 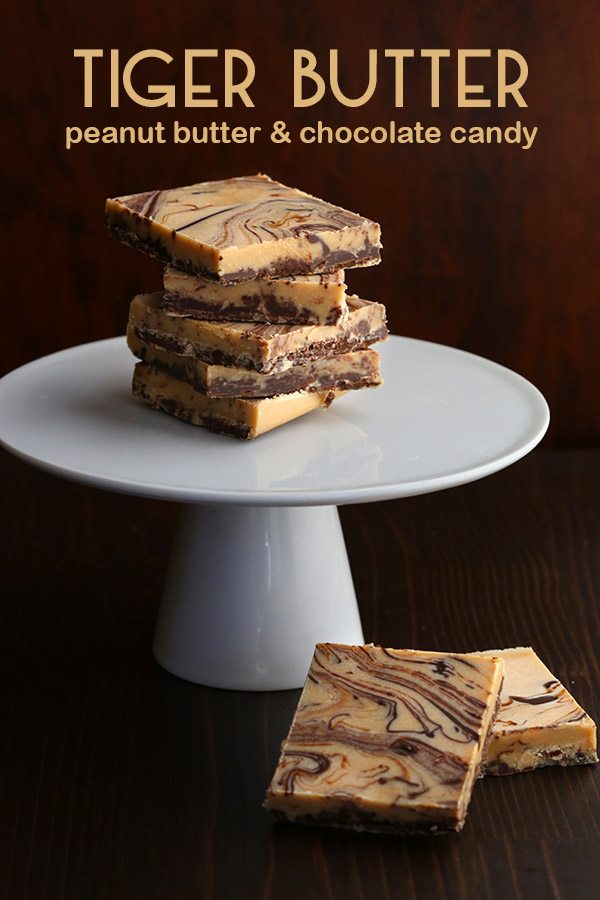 I can distinctly remember the first time I walked into The Rocky Mountain Chocolate Factory. It had recently opened on Robson Street in Vancouver and I was eager to check it out on the recommendation of some friends. Ever a lover of all things chocolate, hearing that a new speciality chocolate store had opened made my heart flutter in excitement. And it was a beautiful sight to behold, all those ridiculously oversized turtles and peanut butter cups stacked row upon row. It was my idea of heaven. Of course, I was a poor university student back then and I could only afford a few precious pieces with my hard-earned cash. But I squirrelled them away when I got back to my dorm and I nibbled them here and there, savouring every last bite. And not sharing even the smallest crumb. 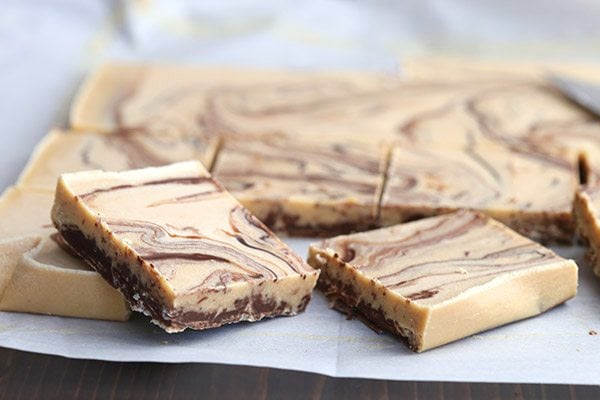 From that moment, I was a Rocky Mountain Chocolate devotee and I went there whenever the opportunity presented itself. I also sought them out whenever I was traveling (they always seem to have them in airports, have you noticed that?). After I graduated from university, I was on my way down to southwestern Colorado for an archaeology internship and I got stuck in the Denver Airport. It was late July, prime tornado season, and three tornados had been spotted within a mile of the airport. All planes were grounded for obvious reasons. But my flight had been entirely cancelled due to the lack of a crew to fly the plane. Perhaps my crew had gotten swept up in a tornado? Needless to say, I got to know the Denver Airport quite well that day and they had a Rocky Mountain Chocolate Factory just waiting for me. I spent much of the compensation given to me by the airline on chocolate. Hey, I was off to a tiny little town in the Four Corners region for 3 months. I needed to make sure I was well stocked! 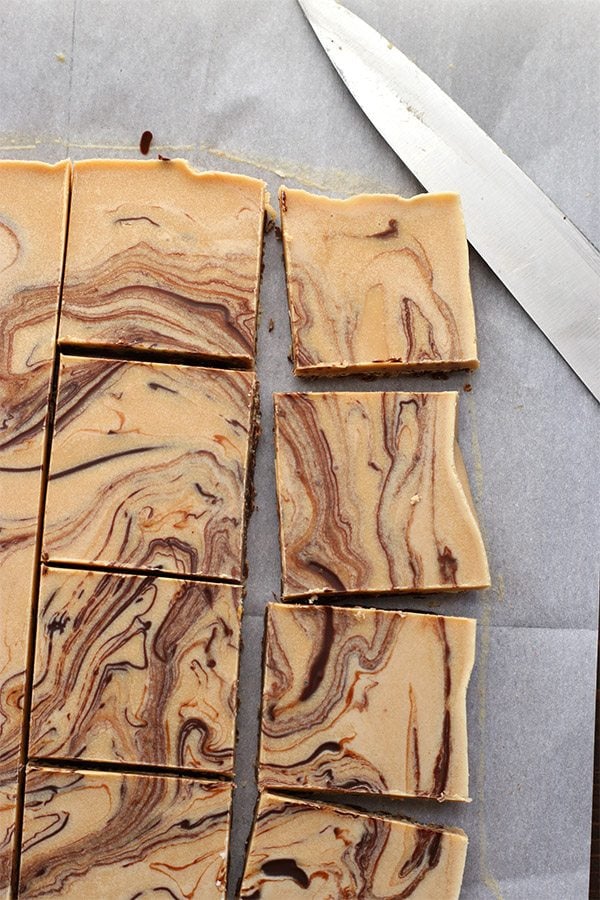 One of the treats I purchased that day was a big round of Tiger Butter. I wasn’t really sure what it was, but it was a pale creamy confection swirled with dark chocolate, and it was in the shape of a very large peanut butter cup. I was intrigued by the name too. And at first bite, I was in love. It was peanut butter and white chocolate mixed together and then swirled with darker chocolate. Well, you know my obsession with anything that contains peanut butter and chocolate. It was so creamy and good, it was hard not to eat the whole thing in one go.

I had rather forgotten about tiger butter until I spied some homemade version on Pinterest. It didn’t take much to convince me I could make easily overhaul the recipe and make it low carb. What is white chocolate, after all, but cocoa butter, vanilla and sweetener? But since cocoa butter is pretty expensive and doesn’t always combine well with low carb sweetener, I thought I’d help it along with some coconut butter. (I buy the creamed coconut from Let’s Do Organic as it’s inexpensive, easy to find at Whole Foods, and tastes delicious!). I did find that I needed to help emulsify the oils with the peanut butter so I used just a touch of xanthan gum. Then I poured it into a parchment lined pan and let it chill as I melted some dark chocolate. Then I simply swirled in the chocolate and let it all set for a few hours. Voila! Low carb and seriously delicious tiger butter. We all loved it. Take that, Rocky Mountain! 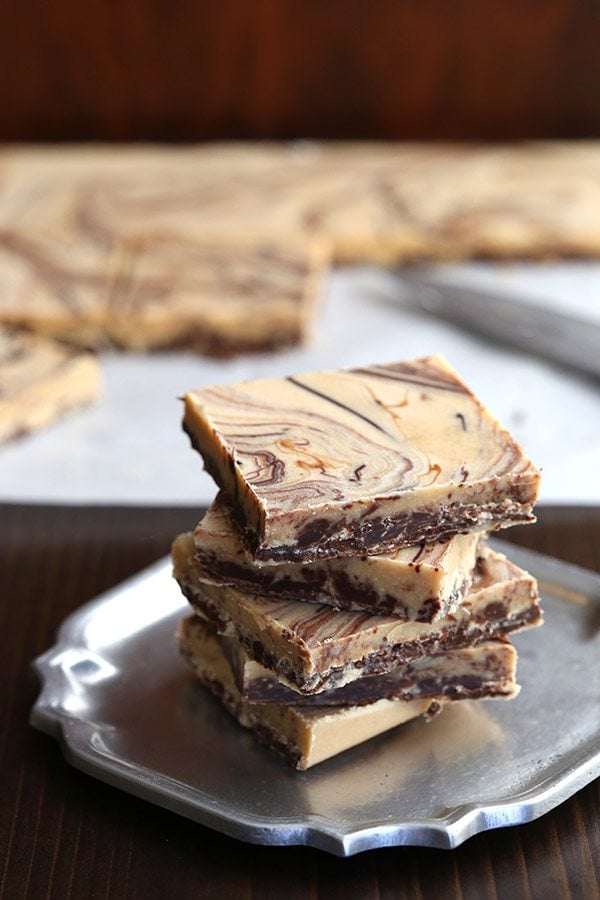 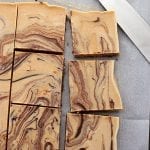 Ever had Tiger Butter? Try this low carb, sugar-free no-bake confection. All the great flavors of white chocolate, peanut butter and dark chocolate mixed together. There's simply nothing else like it.