Jazz up your low carb appetizer tray with these delicious spicy jalapeño poppers. Stuffed with chorizo and sharp cheddar, it’s a party in your mouth! 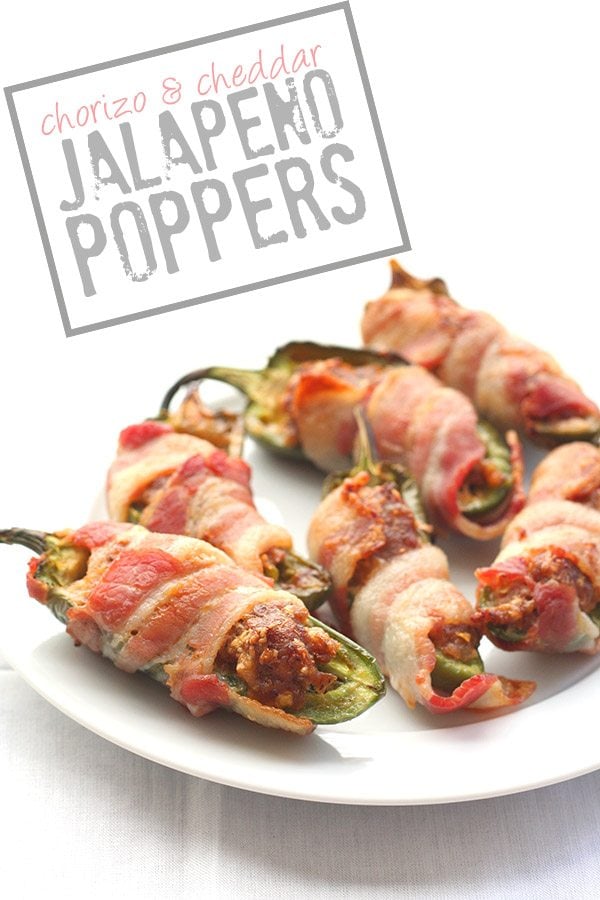 You have to wonder who invented the first jalapeño popper. It is pretty genius, when you think about it. Stuffing spicy peppers with creamy cheese or other delicious fillings and baking or frying them to crispy goodness. That poor person really should have patented their invention. They would have made a killing, what with all the chefs and home cooks out there riffing on the original with fun flavours and twists. And how about that incredibly bright individual who thought to forego the crispy filling and wrap the whole darn thing in bacon instead? We, the low carb community, owe that person a debt of the deepest gratitude. They created what is surely the most lasting icon of a low carb appetizer that everyone can enjoy. If only we knew their name, they would go down in history.

I say all this and yet jalapeño poppers have never been a big thing with me. I liked them well enough but I didn’t go out of my way to make them or order them at restaurants. To be honest, they looked fussy to make and I found I’d rather fuss over my dessert recipes rather than an appetizer. So I never really jumped on the jalapeño popper bandwagon until just recently. 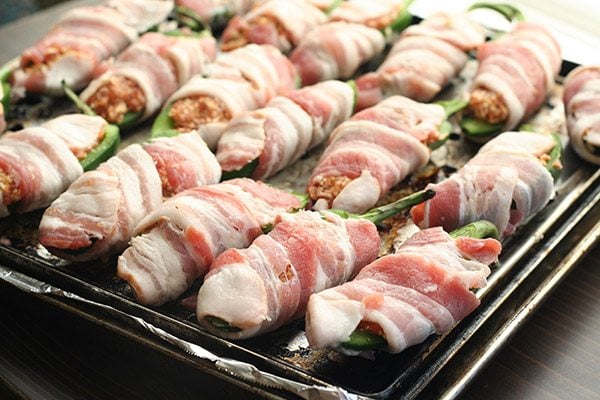 Here’s what happened: I was standing in the prepared foods section at Whole Foods some months ago, wondering what the heck to make for dinner. It was soon after we’d moved and I am not sure all of our household belongings had even arrived. If they had, the vast majority were still crated up in boxes, so I didn’t have much of a functioning kitchen to work with. I spied many tasty things and I was hungry, which is always a bad combination at a grocery store. I may or may not have purchased far more than we actually needed for dinner, including a package of ready-to-cook jalapeño poppers from the deli counter. 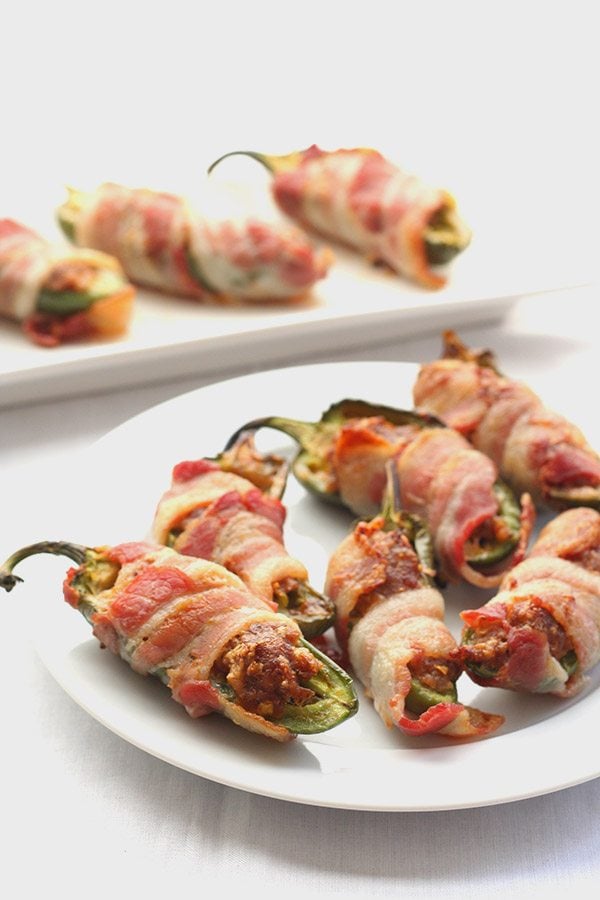 But these weren’t just any jalapeño poppers. They were not stuffed with the ubiquitous cream cheese filling. No, no, they were far more appealing to me than that because they were stuffed with two of my great loves: chorizo and cheddar. And they were insanely good, just as I suspected they would be. Hot and spicy and so flavourful, I could easily have made my whole meal out of them. As I ate them, I realized just how easy they would be too make myself. So you know I had to try it. And they were easy and possibly even MORE delicious than the pre-made version from Whole Foods, because I could use my favorite Cabot cheddar and some local chorizo.

You can officially call me a jalapeño popper devotee now. I bow before the brilliance of stuffed jalapeños wrapped in bacon! 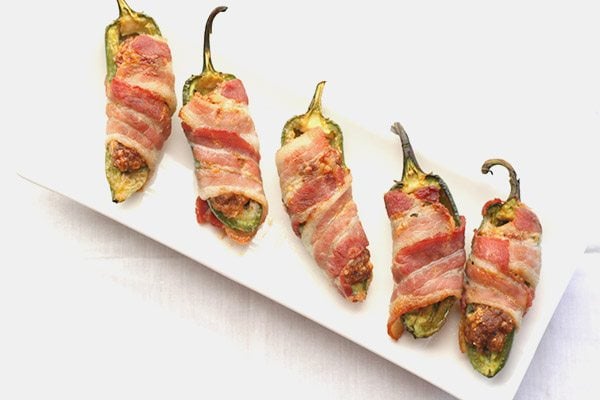 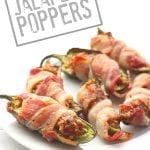