Marinated in a Thai-inspired coconut milk concoction and then grilled to juicy perfection, this paleo chicken recipe is a wonderful example of the recipes you will find in The Slim Palate Paleo Coookbook. 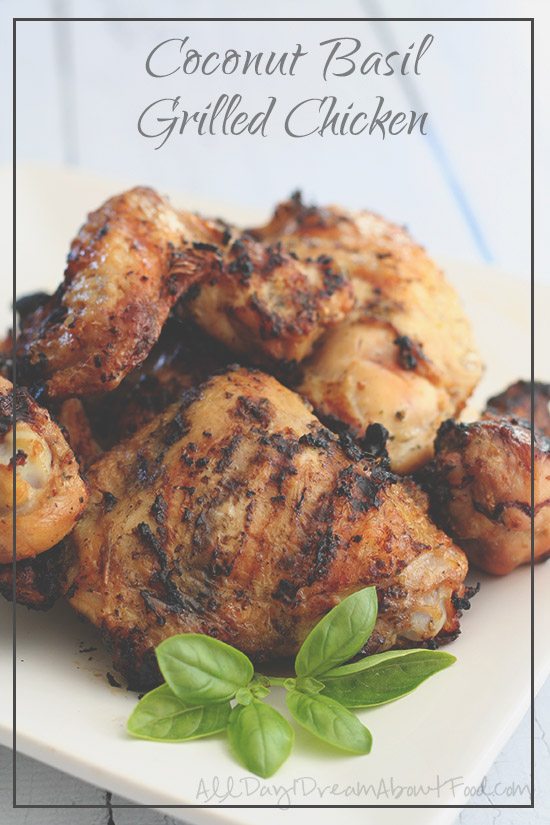 This one goes out to Joshua Weissman, to whom I owe a huge apology. I have been sitting on his beautiful cookbook, The Slim Palate Paleo Cookbook, for over 2 months now, meaning to give it the glowing review it deserves. Because it really is a gorgeous study in the art of simple, healthy, whole food. I have thumbed through it countless times and every time, it makes me absolutely ravenous even if I wasn’t the least bit hungry before I started looking. It’s a cookbook that appeals to me on many levels, not least of which is the dietary philosophy behind it. Low carb and paleo diets have many commonalities and similar tenets, so it makes it easy to love the recipes in this book. It’s also a visually stunning book, and the photography is done by Josh himself. You literally won’t be able to tear your eyes away. And he is as much of a carnivore as I am, as you can tell instantly from the cover shot of meaty lamb shanks piled on a platter. Good man, Josh, good man.

So what have I been waiting for? I guess my problem is that I have so ideas of my own and so many things I plan to make for this blog, I have trouble finding time to try other people’s recipes. We own countless cookbooks and we have back issues of many cooking magazines lying about, and I no longer cook from any of them. I do find plenty of inspiration in them, but I am usually adapting them to fit my own dietary needs. I don’t have to do that with Josh’s recipes (he kindly even gives substitutions to use stevia in place of honey in his desserts), but I am so unused to cooking straight out of a book, I almost don’t know how to do it any more. But when I saw a cut-up fryer chicken at Trader Joe’s the other day, I grabbed it delightedly because I knew the exact recipe I was going to make from The Slim Palate Paleo Cookbook: the Coconut Basil Grilled Chicken. 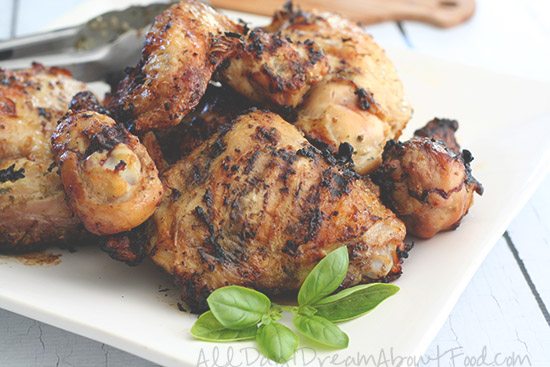 If you aren’t familiar with Slim Palate (the blog), you should head on over and make yourself so. Joshua is an inspiring young man…and he is young, indeed. I am sure he’s very tired of everyone remarking on his age but I have to point it out to my own readers. The cookbook was published when Josh was only 17 years old! Or maybe he was 18. What’s the difference, when the boy was too young to even have a celebratory glass of champagne when his book came out? He’s immensely talented, and he loves good food as much as I do. Josh came to the paleo diet because of his health and worked hard to lose over 100 pounds. You’ve gotta respect that. And he is dedicated to the art of creating insanely delicious, healthy recipes, most of which are low carb enough for all of my readers to enjoy. You’ve really gotta respect that. And If I haven’t managed to convince you, his book was just named by Michael Ruhlman as one of his favourite cookbooks. Respect, dude. Respect. 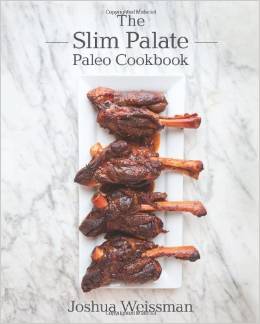 And the chicken? Yep, it was fabulous. The only alteration I made was putting less onion in the marinade to lower the carbs. Mind you, much of the marinade ends up coming off, so it was probably a moot point. The chicken is moist and flavourful after its long bath in the coconut basil marinade. And the marinade itself smells so good, you’ll want to just drink it. But don’t, especially not after the chicken has been in it. As hard as it may be, throw that bag of chickeny marinade away and move on. Grill your beautiful cut up chicken and enjoy. And seriously consider picking up a copy of The Slim Palate Paleo Cookbook. I can assure you, you won’t regret it! 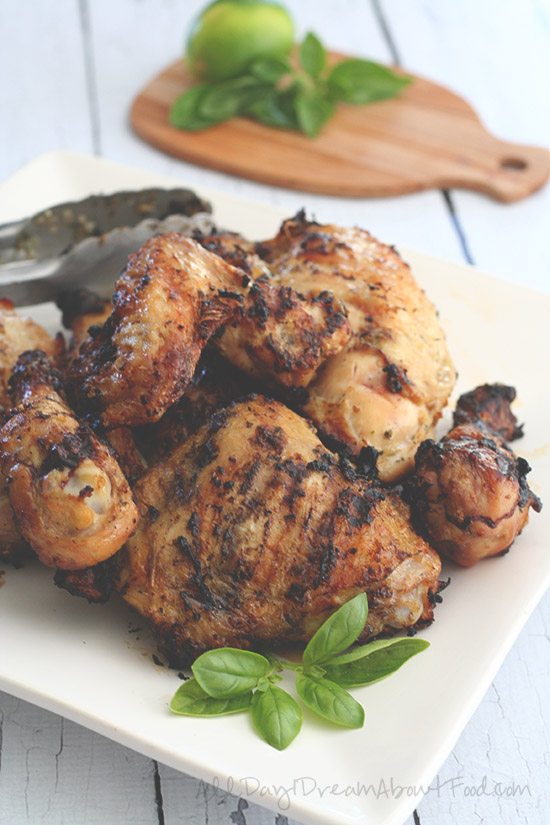 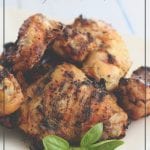 However, this includes all of the marinade and at least half of it comes off in the cooking process so I would estimate that this should be cut in half! 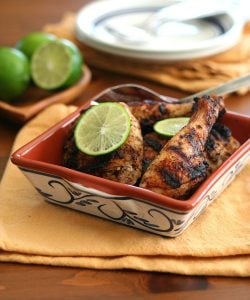 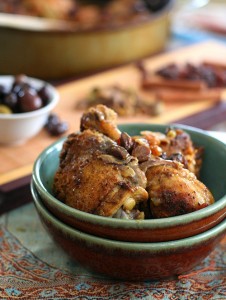 Chicken Tagine with Raisins and Pistachios 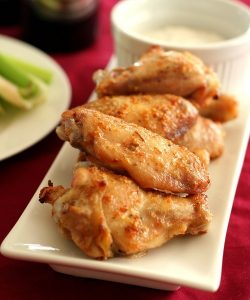