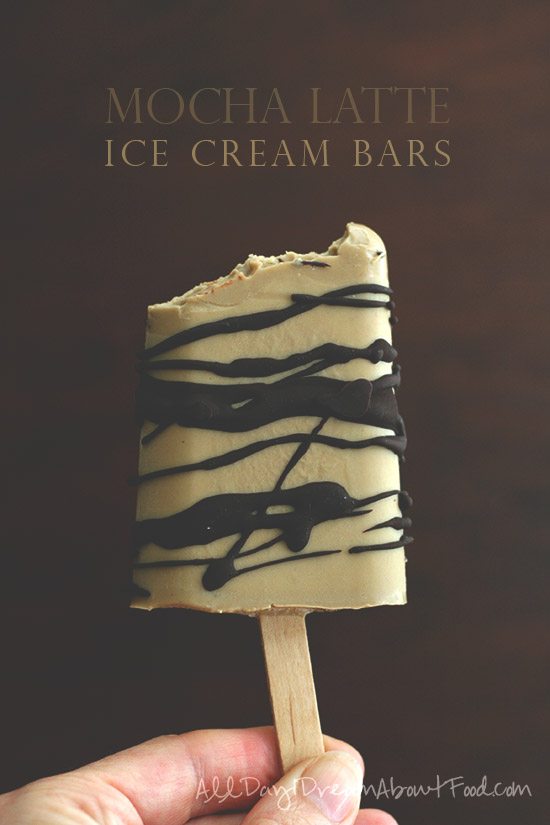 Did you know that it’s National Coffee Milkshake Day? Honestly, I do NOT know who makes these things up and I wouldn’t even know that coffee milkshakes had their own special day if a PR rep had not reached out to me with a press release. Yes, really. Apparently coffee milkshakes deserve not only their own day, but their own press release. I am flummoxed, because quite frankly, I don’t think I’ve ever had a coffee milkshake in my life. I love coffee, I love milkshakes, and I adore coffee ice cream. But I have never gone out of my way to make or purchase a milkshake made with coffee or coffee ice cream, although it’s not a bad idea. Not a bad idea at all, actually! However, the recipe I am bringing you today is not a milkshake but it does have coffee and ice cream. This one is by special reader request and it’s just a complete fluke that it happens to be National Coffee Milkshake Day.

So this one goes out to Kathleen, who requested a low carb version of the Weight Watchers Latte Ice Cream Bars. I will confess that I kind of messed up on this request, but in a good way. I mixed up Weight Watchers with SkinnyCow brand and I was working from the idea that I was making over was the limited edition SkinnyCow Mocha Truffle Ice Cream Bars. I think my mistake is understandable, as both Weight Watchers and SkinnyCow espouse a low fat but higher carb diet. We know that’s all sorts of wrong, now don’t we? But they both put out a coffee-flavoured ice cream bar, both low in fat, high in carbs and dangerous to my blood sugar. The only difference is that SkinnyCow adds some chocolate to theirs, both in the ice cream and as a chocolate drizzle. 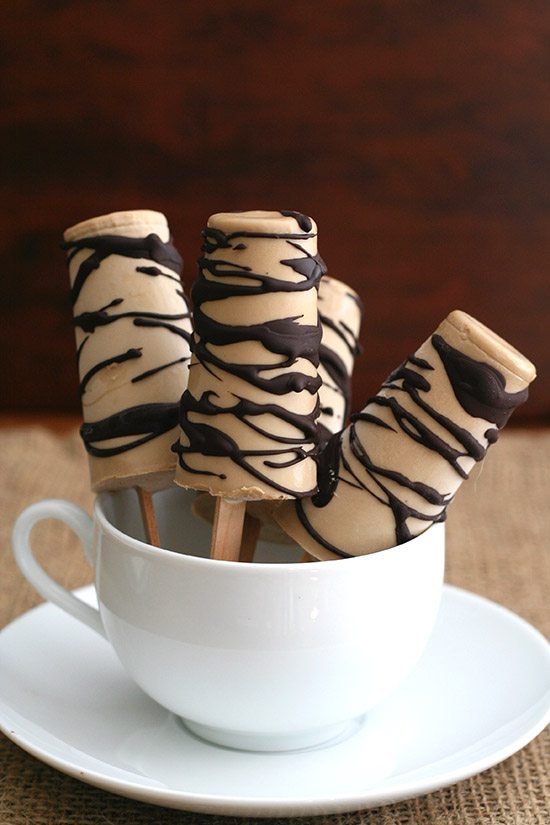 In my confusion, I ended up with a low carb coffee-flavoured ice cream bar, to which I added some chocolate drizzle. I also decided to make them dairy-free, because I had some coconut milk I needed to use, but you could easily make these with cream too. I may be a confused old lady but can I just say, this really works? Like, over the top delicious high fat low carb ice cream goodness! You can make yours without the drizzle if you want. Either way, you are in for a treat. 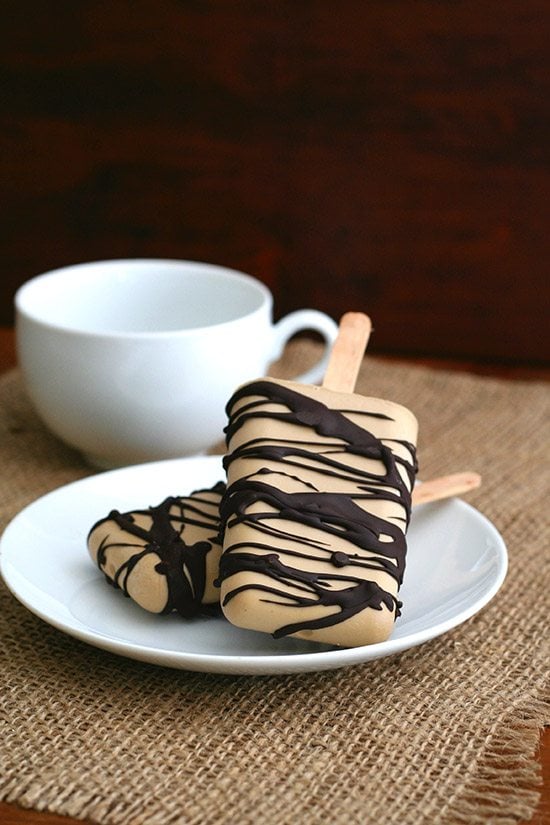 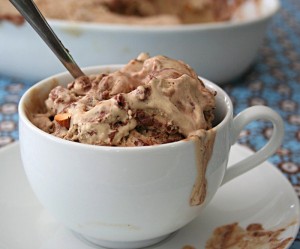 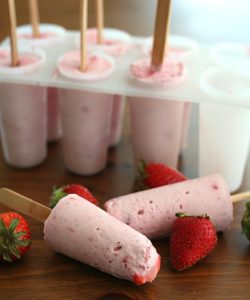 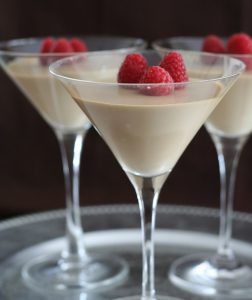