Creamy coconut custard in a flaky gluten-free almond flour pastry crust. All topped off with coconut whipped cream. A wonderful low carb dessert for any occasion. 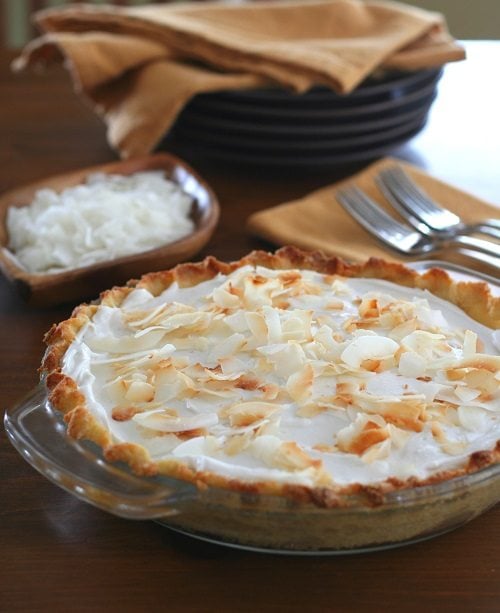 I have three young kids.  You probably already know this by now, because I have a tendency to repeat this fact quite frequently.  It’s my cover, my excuse, for everything.  If I am late, it’s because of the kids.  If I am tired, it’s because of the kids.  If I am frantic and crazed and feeling like I can never complete what I started, it’s because of the kids.  I love them, but it’s a challenge to keep up with them and the chaos they bring.  Dinner time can be particularly maddening.  Although my children are not particularly picky eaters, they all have their likes and dislikes and have no problems vocalizing these.  Every meal gets completely dissected, one child complaining about the veggies while another rolls his eyes at the way I’ve prepared the fish.  They usually agree on dessert, but as I am always experimenting with new ingredients and flavours, even that’s not always met with enthusiasm.  It can be a little disheartening at times, to say the least. 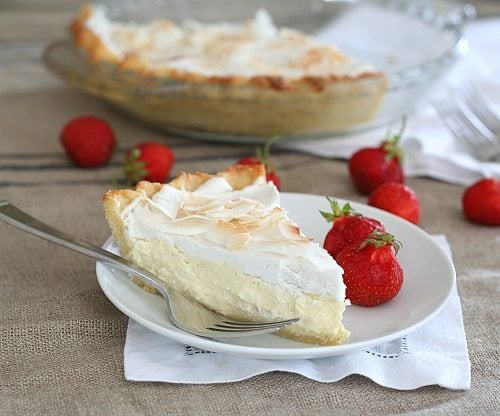 But I recently read an interesting little tidbit from Shaina of Food For My Family.  She stated that it takes upwards of 15 tries to get kids to accept a new food.  I found this bit of information quite cheering.  Sure, 15 tries can still be absolutely agonizing when your child throws a fit for the first 14.  Okay, I exaggerate, my kids don’t throw fits over their food, and if they did, they’d be sent to their room to work it out on their own.  Still, having them turn up their noses 14 times before they finally like it can be painful.  But worth it in the end.  So we keep trying, because when they do finally accept that food, victory is sweet.

This little drama recently played out in perfectly in my house.  For quite some time, my kids have not liked anything with strong coconut flavour.  I love coconut, and considering its comeback on the health scene, it plays a large role in my baking and cooking.  But no matter how delicious I found the final product, they resisted.  And resisted.  And resisted.  And then suddenly the tide turned.  I made that delicious Low Carb Three Layer Coconut Cake and I guess it was too pretty for them to not try it.  Lo and behold, they all gobbled it up.  And then, the biggest shock of all, they started requesting that I make Coconut Cream Pie.  You could have bowled me over with a feather. 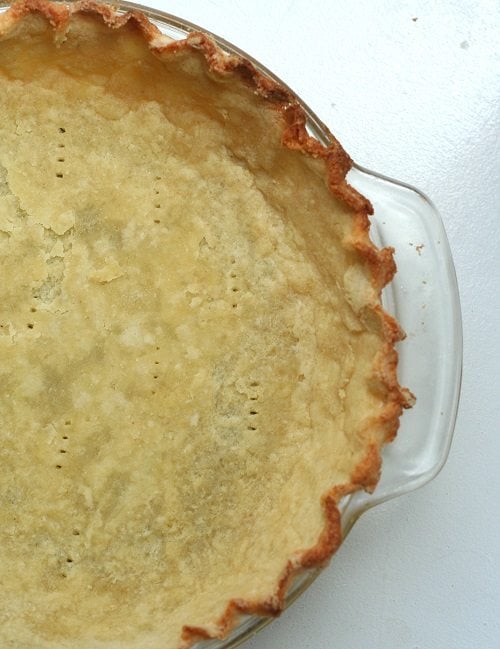 So once I worked out my almond flour pastry crust and made the low carb Strawberry Hand Pies, I figured it was time to put it to the test and make one large pie crust out of it.  It was definitely tricky.  The crust is very fragile and it’s hard to pick it up and get it into the pie pan.  I found that the best thing to do was to freeze the crust for about 10 minutes AFTER it had been rolled out.  That way, I could flip the whole piece of parchment upside down into the plate.  It still needs a gentle hand, and you may get some tearing and cracking.  But it does patch together well so you can fix any little tears.  Let it warm a bit if you want to crimp the edges of the crust.  Then it blind bakes beautifully and holds together so well when filled with coconut custard and topped with coconut whipped cream.  Delicious.  And absolutely worth the first 14 attempts to get my kids to like coconut! For a super easy pie crust, check out my low carb Easy Press In Pie Crust. 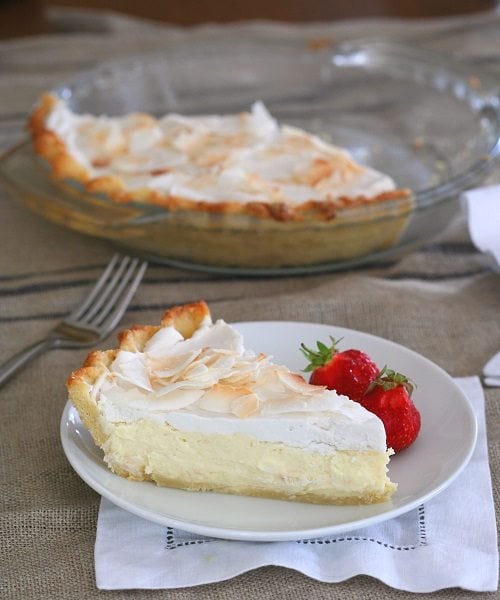 Update: While this crust is delicious, I also highly recommend my Easy Low Carb Press In Pie Crust.

Also be sure to check out my low carb Coconut Cream Poke Cake! 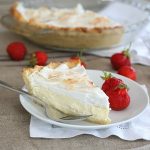 Creamy coconut custard in a flaky gluten-free almond flour pastry crust, all topped off with coconut whipped cream. A wonderful low carb dessert for any occasion.