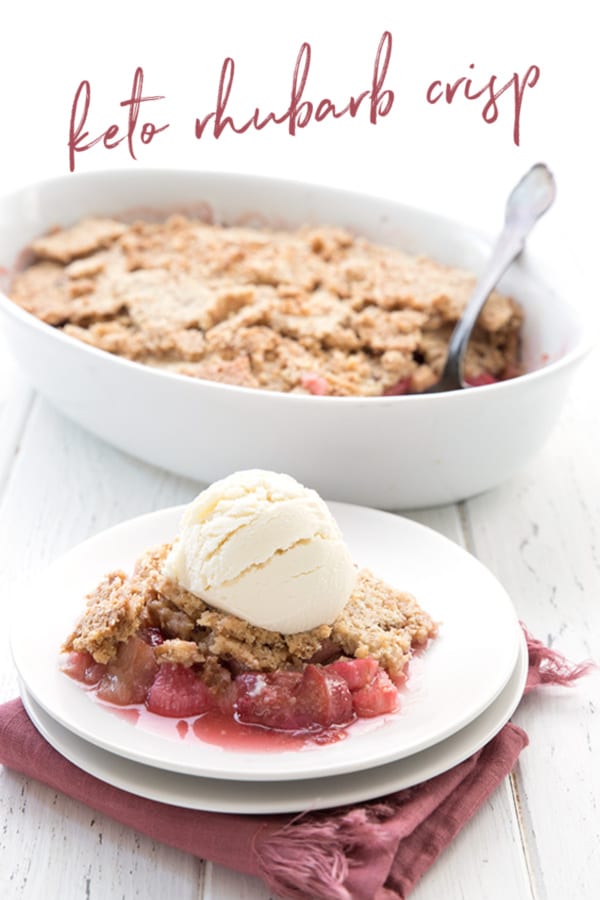 Most keto fruit crisp recipes suffer from the same common problem: they aren’t actually crisp at all. The topping is too soft and sometimes a little bit soggy.

But what if I told you that this rhubarb crisp recipe is the real deal, with a sweet-tart rhubarb filling and a truly crispy sugar-free, grain-free topping?

How did I do it? Oh, I have my ways and means. And I am more than happy to share my secrets!

Rhubarb crisp is the best!

I first posted this recipe back in 2014, and I decided to give it a bit of an update. It’s just as delicious as it ever was, but now it’s even lower in carbs AND you can have a bigger portion.

The truth is that I am a rhubarb fanatic. I love that tart, bright red stalky vegetable. And yes, it is a vegetable, although people tend to treat it as a fruit. It’s incredibly tart on its own, but cook it down with some sweetener, and it has this incredible and unique flavor.

I have a number of delicious keto rhubarb recipes, such as my rhubarb scones, keto strawberry rhubarb sauce, and rhubarb coffee cake.

But rhubarb crisp has a very special place in my heart. When I was growing up my mother made a to-die-for rhubarb crisp that was one of my childhood favourites. The topping was rich and buttery, with plenty of brown sugar. It’s been my dream to make a keto-friendly rhubarb crisp that could even come close to hers.

And I think I’ve actually done it. Hooray! 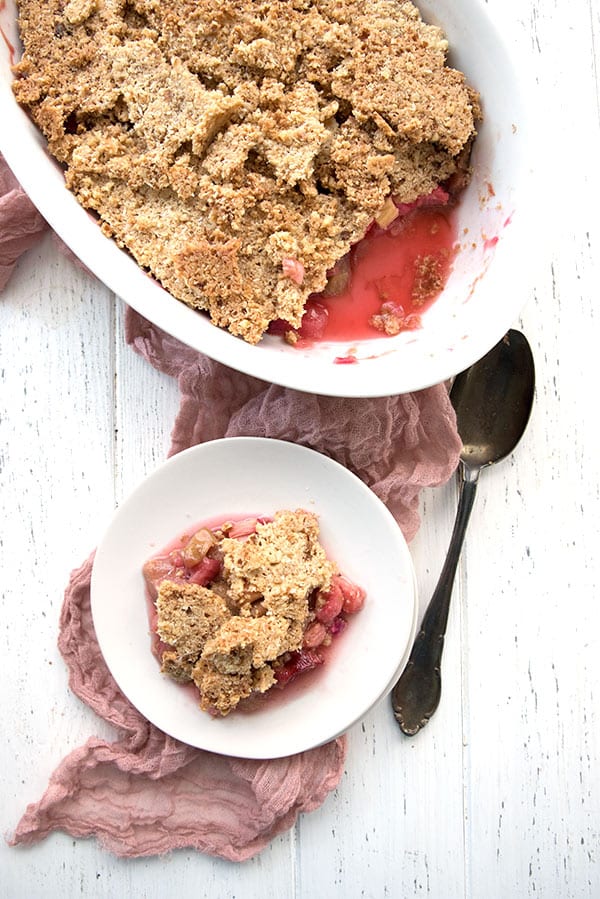 How to make keto rhubarb crisp

Fruit crisps are one of my favorite desserts so it was pretty important to me to make a good one. But getting the topping to be truly crisp is tricky.

Almond flour and other low carb ingredients have quite a bit of moisture. They also tend to absorb a lot of moisture when subjected to other ingredients with a high water content. That’s why most keto fruit crisps tend to be soggy.

The solution is actually ridiculously simple

Bake the topping separately from the filling.

It may be unconventional, but trust me, it’s the only way to make a keto crisp. When it finally occurred to me, I wondered why I hadn’t thought of it before.

My keto Cinnamon Crunch Cereal was the tip off for me. It crisps up so perfectly and tastes reminiscent of an oatmeal cookie, and that’s when I realized it would be the perfect topping for a fruit crisp. 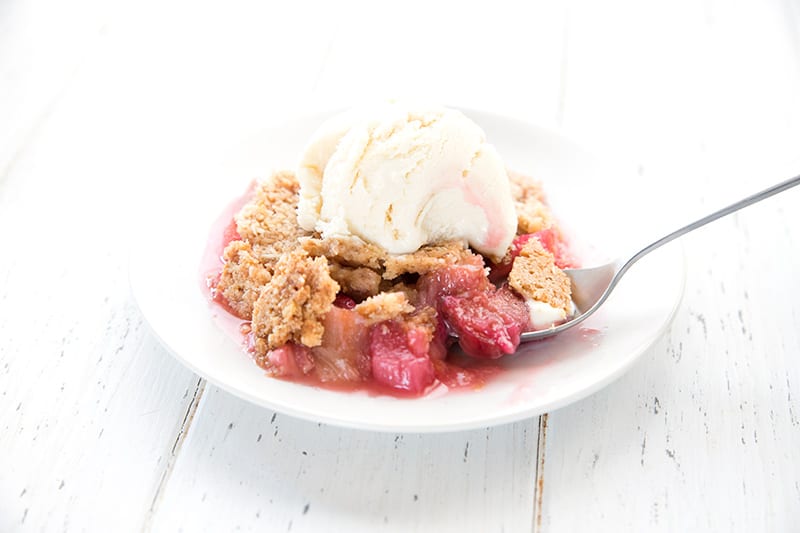 A few extra tips for getting the perfect rhubarb crisp recipe:

To store the keto crisp:

Cover any leftovers with foil or plastic wrap. You can store on the counter for two days, or in the fridge for about 5.

The topping will become less crisp as it sits, which happens with any fruit crisp recipe. You could simply keep the filling and topping separate, and only combine them when serving, if you wish.

How to serve keto fruit crisp:

Do yourself a big favor and make some of my keto vanilla ice cream to top the rhubarb crisp. IT IS MAGICAL!

A little whipped cream is nice too, though. I’ve even eaten it for breakfast with a little heavy cream poured overtop. 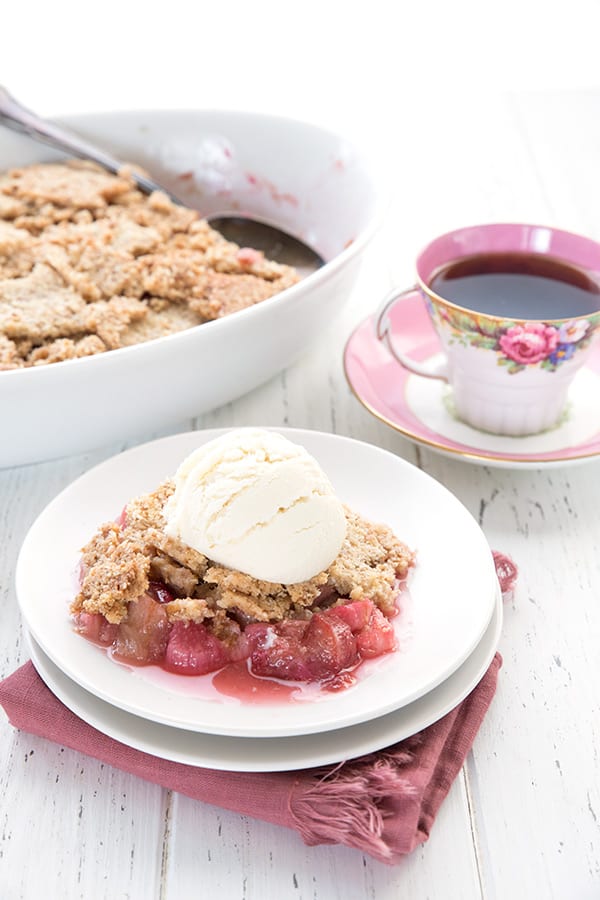 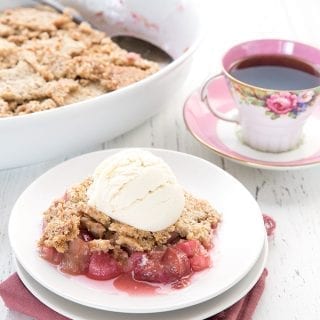