Have you tried the popular keto Egg Loaf yet? Putting a fall twist on it with some pumpkin spice! An easy low carb breakfast with only 6 ingredients and 3g total carbs. 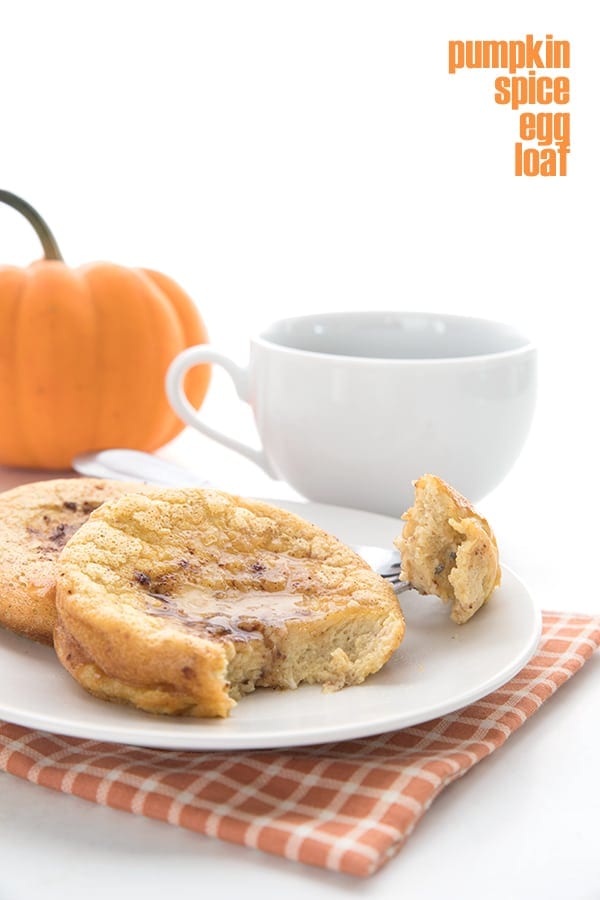 It’s pumpkin spice season and, as usual, I am putting it in, on, and around just about everything! I already have so many wonderful keto pumpkin recipes on All Day I Dream About Food, but I say you can never have enough.

So I decided I had to try my hand at pumpkin spice egg loaf.

What is egg loaf, you ask? Well read on, my friends, because it’s definitely sometime you want to try!

What is egg loaf?

Egg loaf is a delicious keto invention that has been making the rounds on social media like Instagram. It’s unbelievably simple and serves just one person, but can be scaled up easily to make several servings. And it’s really infinitely adaptable for any flavors you might want to try.

All you really need for egg loaf is: 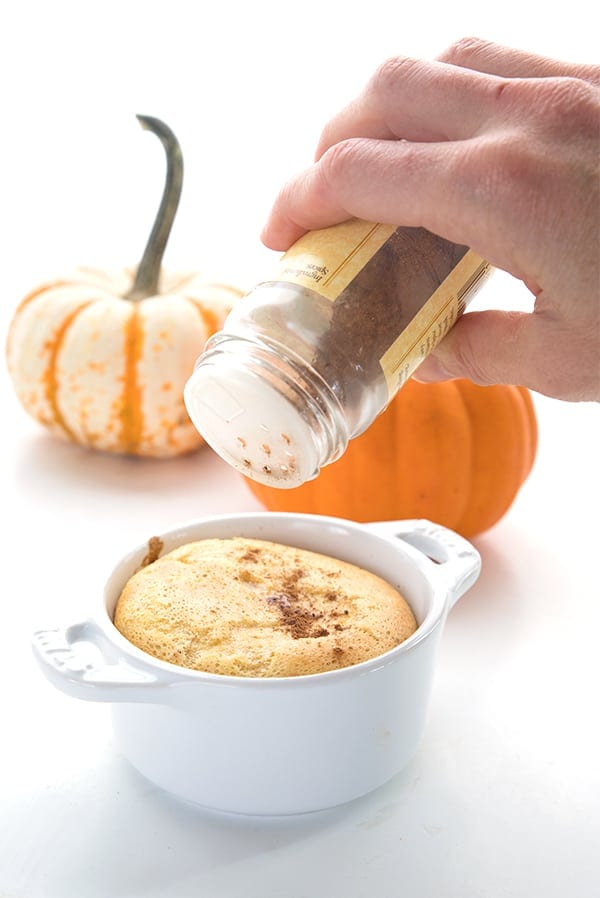 Yup, that’s it. I am not entirely sure who first came up with keto egg loaf but I think it might be a popular keto instagrammer called keto.sam.iam. If you’re on Instagram and you’re not already following her, you will definitely want to. She says she created it after being to lazy to make the cream cheese pancakes, so she just cooked it in the bowl. Laziness or sheer brilliance? You decide.

In my case, I obviously added a few touches to make this Pumpkin Spice Egg Loaf for fall. A little pumpkin puree and some pumpkin pie spice was all it took. I made a two serving version and baked them in little ramekins. Because the pumpkin adds a little extra moisture, mine take a little longer to bake than the regular egg loaf.

So what does egg loaf taste like? The general consensus among the keto community is that it’s like french toast. Except quite a bit eggier.

This recipe is essentially just cream cheese and eggs. So please don’t come and ask me if it tastes eggy. It absolutely is eggy with a capital E. And it’s meant to be. If you don’t like eggy things, don’t make it. 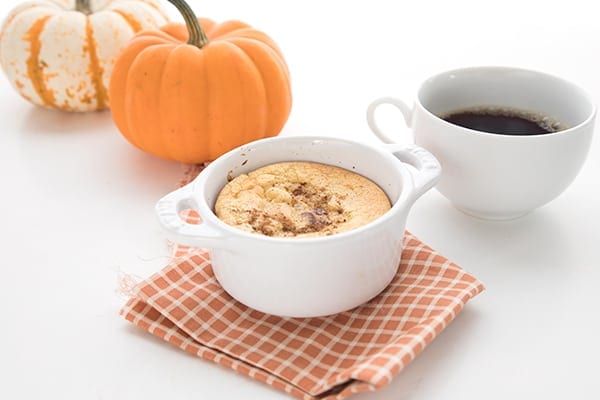 But if you don’t mind an eggy texture, then you’re going to love it. It really is like french toast in flavor and it’s lovely with a little low carb maple syrup. But I enjoyed it most with some butter and extra cinnamon on top.

One word of advice: do not try to make this keto egg loaf in a microwave. It may be tempting to try to speed up the process but it cooks too quickly and becomes more like sweet scrambled eggs than a puffy loaf. The texture of egg loaf is much better when it’s baked in the oven.

Ready to try Keto Egg Loaf? Well I can highly recommend my Pumpkin Spice version but really the flavor variations are endless. I’ve seen cinnamon, blueberry, and chocolate chip, among others. Some people even cut it in half and fry it in butter, to make it even more like french toast.

You can easily scale up the recipe and bake it in several ramekins or even in a loaf pan. It’s remarkably adaptable! 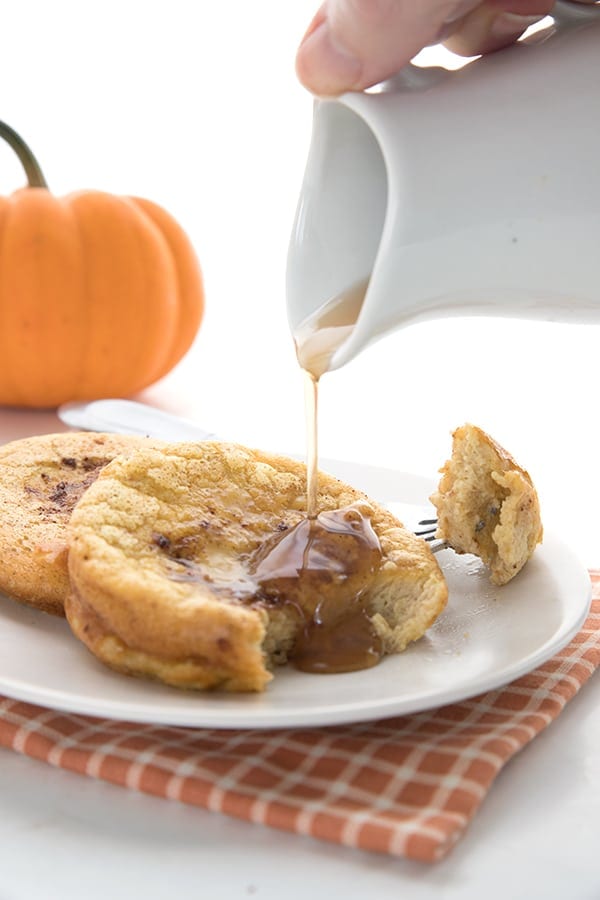 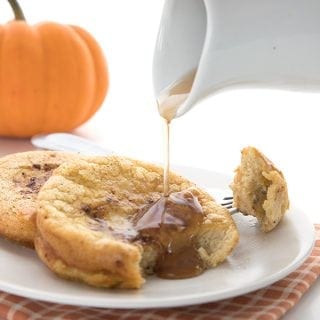 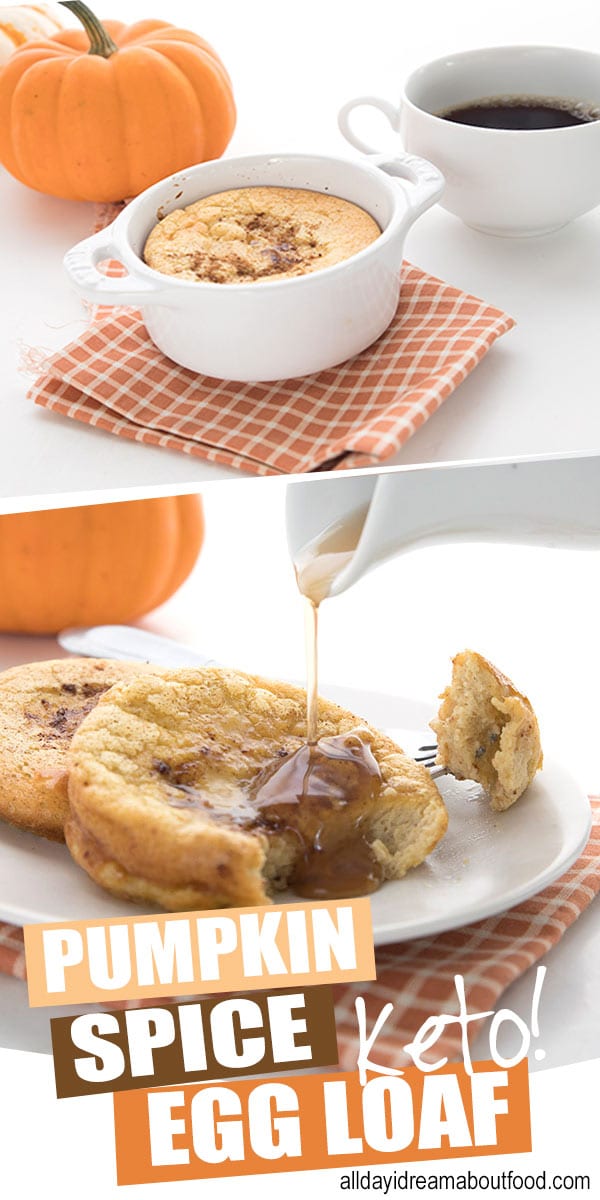