All the tang of classic ketchup with a little spicy kick. And without any added sugar! Paleo and low carb versions. This post is sponsored by Tabasco®. 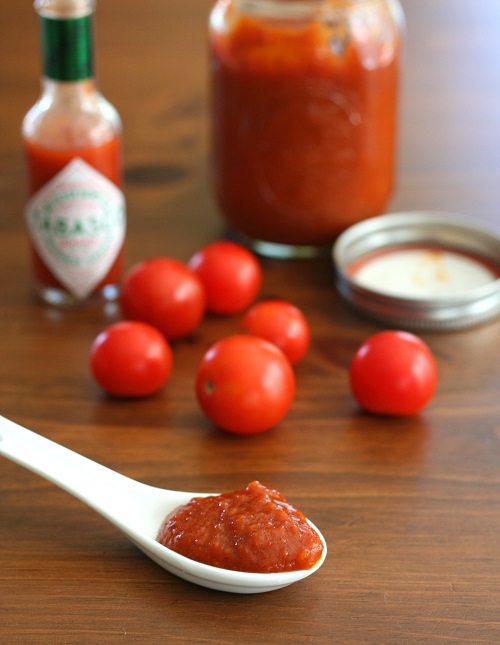 The idea of making my own ketchup actually occurred to me in advance of the Tabasco cooking challenge.  In fact, I’d already purchased several pounds of fresh tomatoes at my local farmer’s market with that very intention.  And so I was at first delighted when ran my eyes down the ingredients list from Tabasco and saw tomatoes.  How perfect, I thought.

And then I thought about it a little more and my heart began to sink.  Because ketchup is typically sweetened and there were no sweeteners on the list of ingredients.  And ketchup typically contains vinegar to give it a tanginess, and vinegar was nowhere to be seen on that ingredients list.  I began to realize that if I attempted ketchup with these limited ingredients, I might end up with something more akin to regular, albeit spicy, tomato sauce. 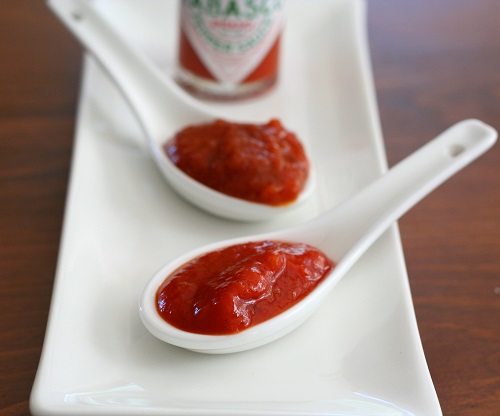 But as I said at the beginning of this challenge, limited ingredients can really fire up your creativity.  It dawned on me that although I couldn’t use my usual sweeteners, dried fruit has plenty of sweetness for ketchup.  And as Tabasco Original Red Sauce is made up of hot peppers and vinegar, I figured it would add enough spice and tang.  Okay, so dates aren’t exactly low carb, but I thought it would be fun to whip up a Paleo Ketchup recipe for the Tabasco Challenge.

And I did actually make a low carb version too, so that I could enjoy some ketchup myself.  The instructions for that version are at the end of the recipe! 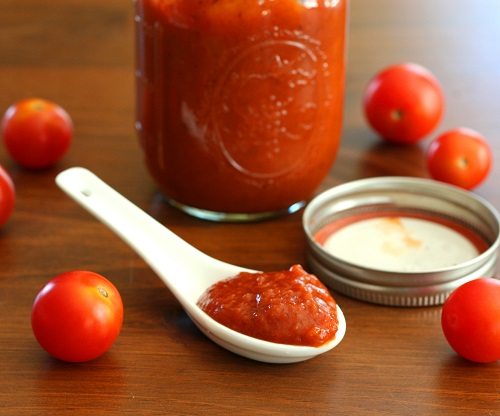 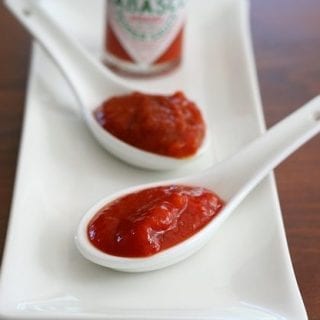 All the tang of classic ketchup with a little spicy kick. And without any added sugar! Paleo and low carb recipes.
No ratings yet
Print Pin Rate
Servings: 1 & ½ cups