Keto chocolate biscotti is a deliciously crisp sugar-free cookie, perfect for dipping in coffee, milk, or tea. They’re made with hazelnut meal so they’re completely grain free and low carb. 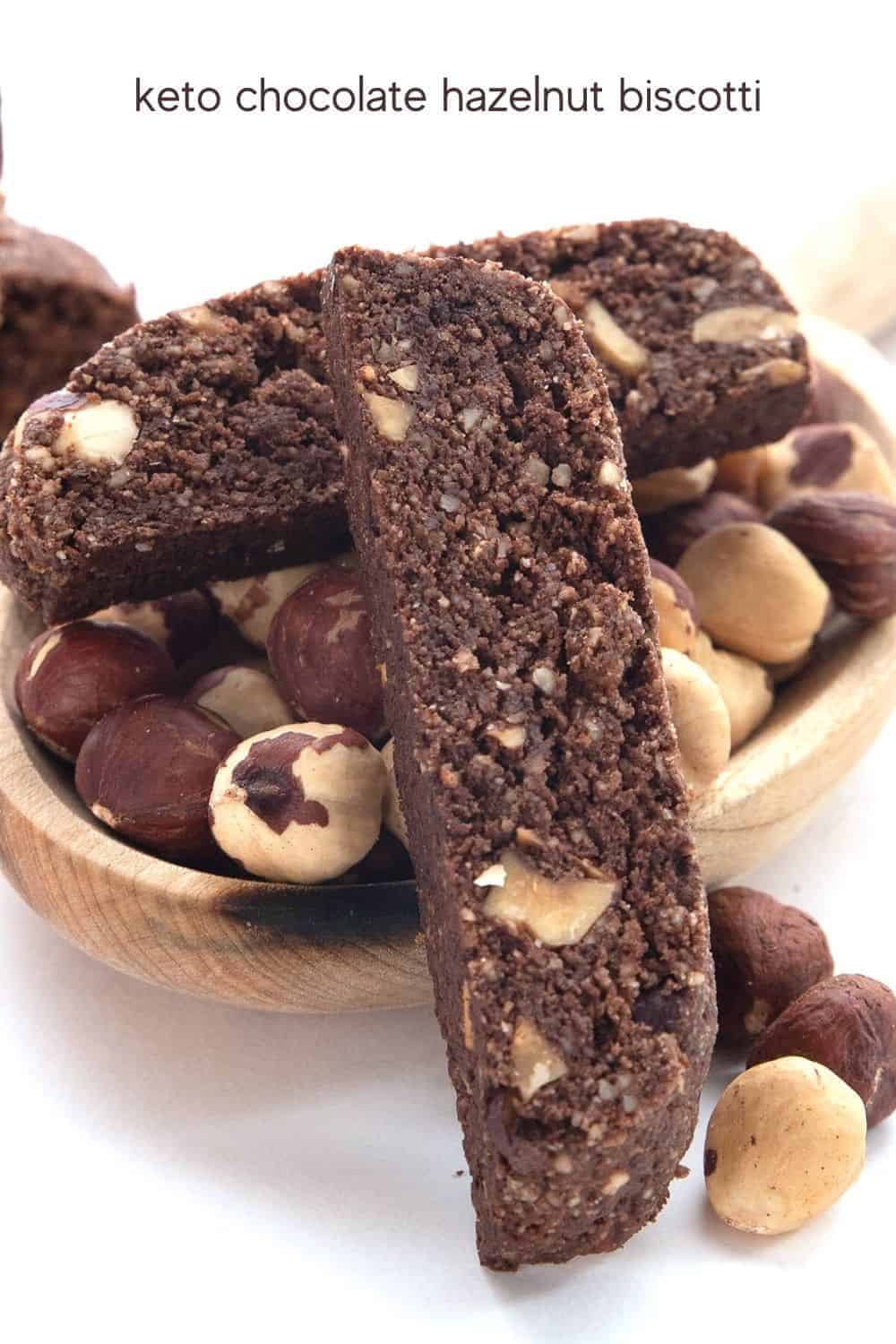 I’ve given my keto chocolate hazelnut biscotti an update! I’ve added new photos, of course, and updated the recipe with an easier method for getting these Italian cookies super crisp, just like the real deal.

You know I love my keto biscotti. Why else would I have 13 different recipes for this crisp twice baked cookie on my blog? And that’s not even including the many biscotti recipes I have written for other websites and for my keto cookbooks.

In fact, I had updated this chocolate hazelnut version a while ago so that I could include it in The Ultimate Guide to Keto Baking. I am only just now getting around to updating it here! 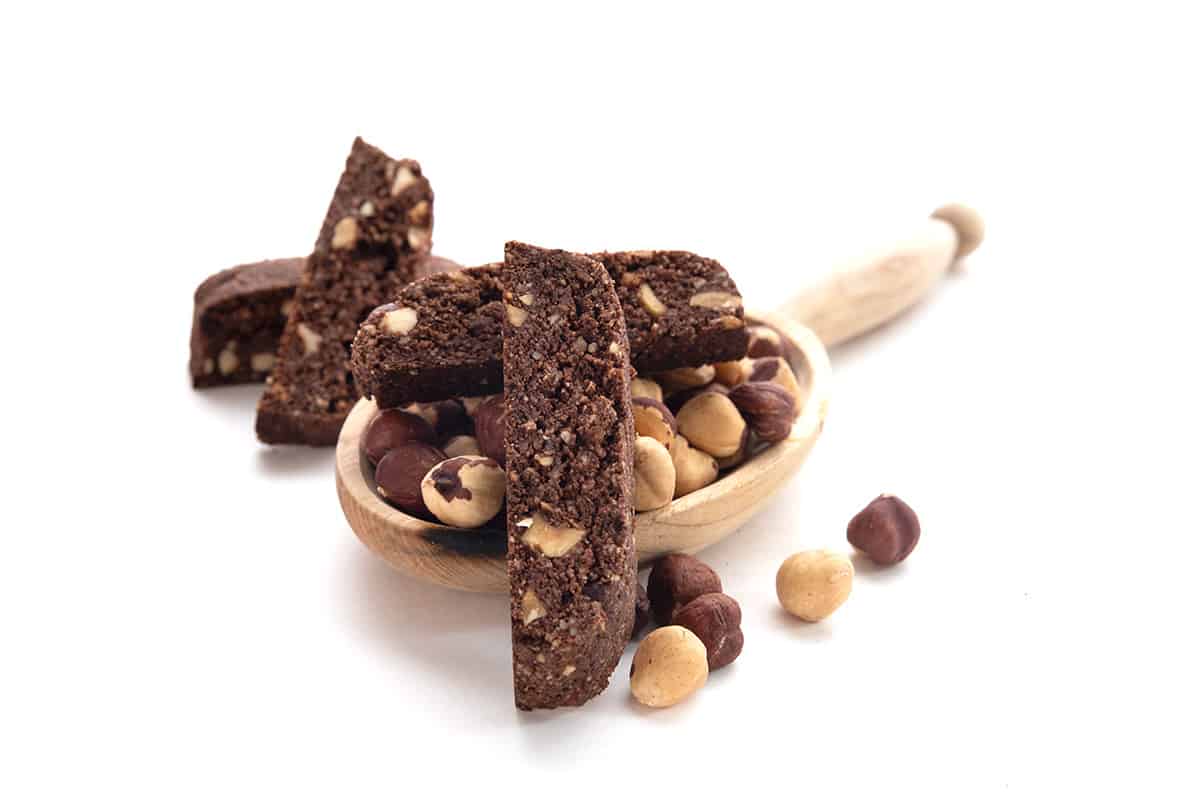 I am a morning person, though and through. I love being up before dawn, sipping my coffee, and enjoying the quiet before the rest of the family wakes up.

And I’ve always been this way. I distinctly remember that moment in high school when a friend rather grumpily remarked that I was the only person she knew who could be so cheery first thing in the morning. Let it be noted that I wasn’t cheery to be at school, per se; I was simply happy to be among my friends every day.

These days, I don’t have much appetite first thing in the morning. I often don’t eat anything at all until after 10 am, when I break my fast with a big hearty meal.

But sometimes I want a small, light snack to go with my coffee, to see me through the morning. And nothing goes better with coffee than a crisp low carb biscotto.

Biscotti are delicious enough on their own. But they are absolutely magical dipped into a hot coffee or a cappuccino. Magical, I tell you! 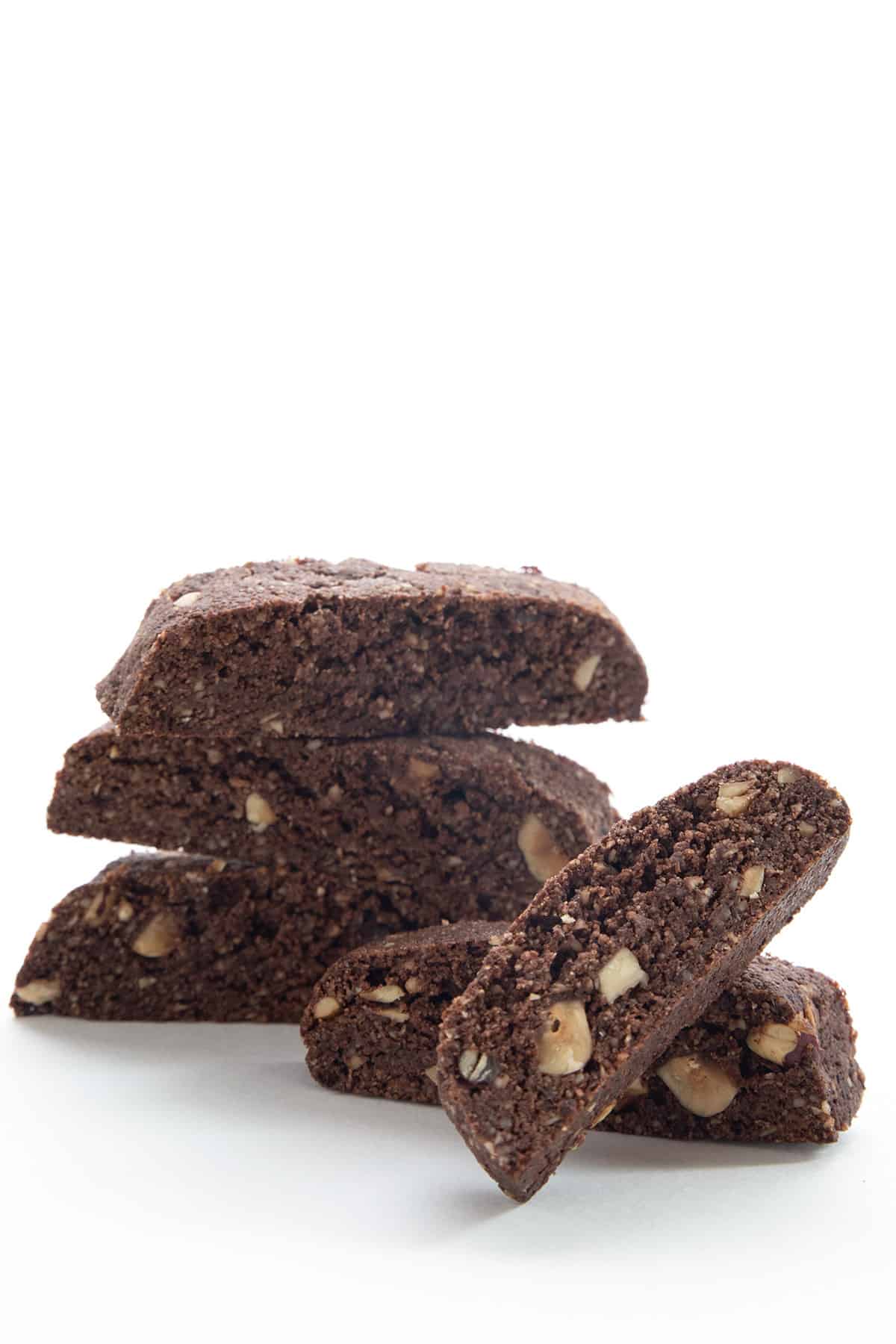 Traditional biscotti isn’t, obviously, low in carbs, but the texture and taste can be relatively easily replicated using keto ingredients. Let me show you how it’s done.

You can use almost any nut or seed flour to make keto biscotti, as long as it’s finely ground enough. When I first tried making these back in 2011, I ground the hazelnuts myself. They were incredibly fragile and crumbly, so I do recommend using store-bought nut flours.

I have a lot of experience making keto biscotti and other keto cookies, and I’ve experimented with a lot of sweeteners. Trust  me when I say that the only sweetener that will give you a crispy biscotti texture is erythritol. You can use Swerve, Lakanto, or other erythritol.

But if it contains even the smallest amount of allulose or xylitol, they won’t crisp up properly. So read your labels and make sure you know what’s in your sweeteners.

Biscotti recipes are always twice baked, first as a log and then as individual biscuits. They can be a bit fragile when you firsts cut them into slices. I recommend using a non-serrated knife, and cutting straight down rather than sawing back and forth. The back and forth motion tends to tear at the log too much and the edges crumble.

You can saw a bit back and forth to break the surface at the top, but once you’ve make a small cut, press down firmly in one swift motion. And be sure to use a sharp knife!

If you’re adding anything into your biscotti, such as nuts or sugar-free dried cranberries, be sure to chop these additions finely before adding. This also helps the dough be more cohesive and less fragile when you cut it into slices.

Leave them in the oven 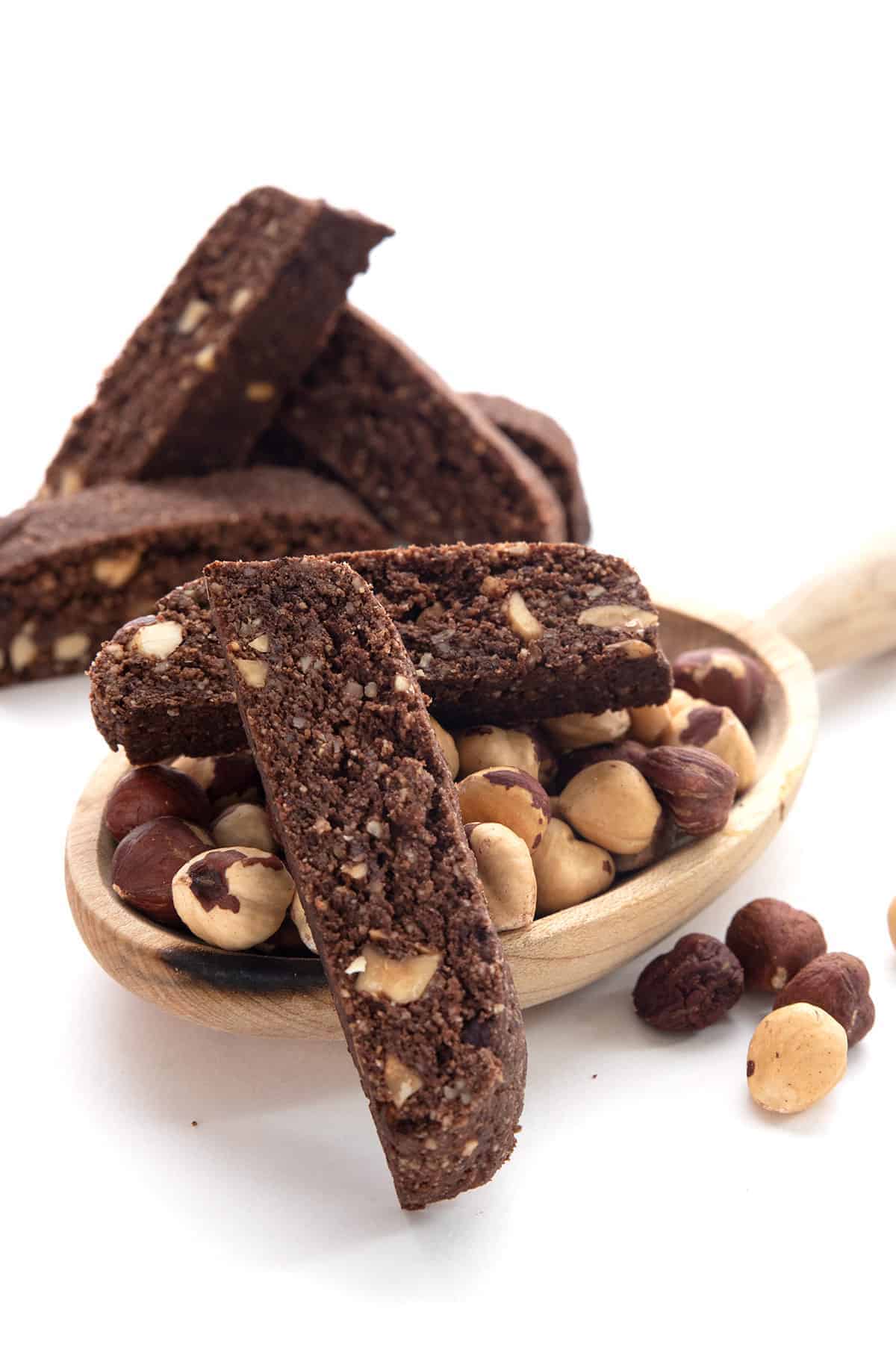 Can you make keto biscotti in advance?

One of my favorite things about biscotti is how well they last compared to other keto baked goods. They are meant to be hard and dry, and they are perfect for making ahead. I’ve even taken them traveling with me.

You can keep them on the counter for up to two weeks in a covered container. There is no need to refrigerate them.

They also freeze very well. I’ve made keto biscotti several months in advance of the holidays and frozen them in covered containers. Once thawed, they taste just as good as they did fresh! 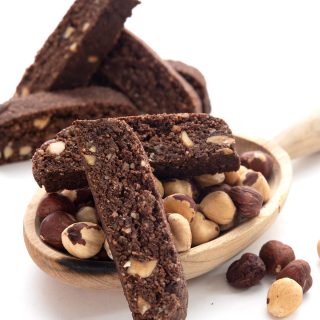