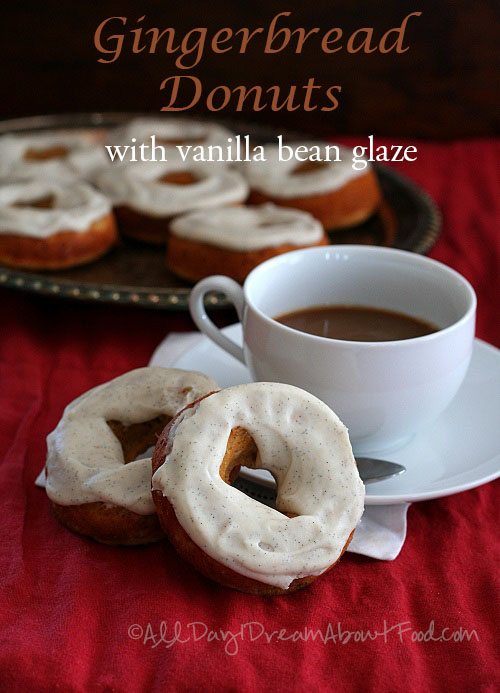 I receive a lot of questions about possible substitutions in my baked goods.  Sometimes it’s about convenience, because the reader doesn’t have exactly the right ingredients on hand. Sometimes it’s about personal preference and taste.  But oftentimes, it’s about dietary intolerances. Dairy intolerance can go hand in hand with wheat or gluten intolerance, making it tough for some readers to follow my recipes to the letter.  I am more than happy to make suggestions on dairy-free substitutions when I can. It’s fairly easy to recommend almond milk in place of regular milk or coconut milk in place of heavy cream. And coconut oil is always a great sub for butter. But there are some places where it’s trickier and I am less confident in my suggestions.  Cream cheese is one of those areas. 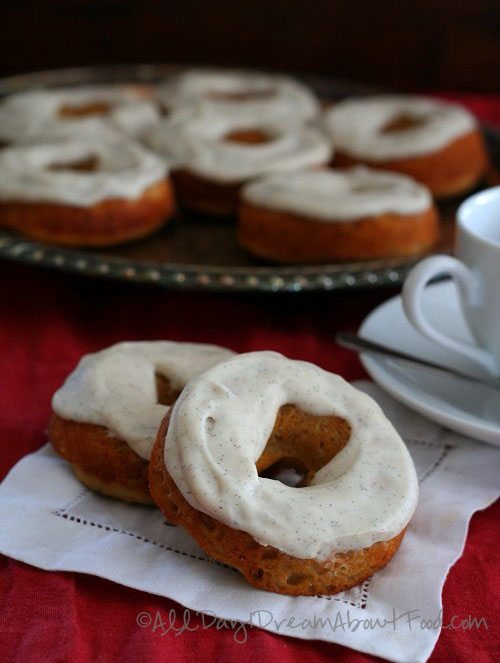 I was invited to take part in the GO Veggie! Spread the Holiday Cheer campaign on Kitchen PLAY, and I knew it was a great chance to try out a dairy-free cream cheese alternative. At first I considered making an appetizer or vegetable side dish, but that would have been too easy, and I wouldn’t have gotten a true feel for the product. The majority of questions I receive about substitutions are geared toward my baked goods.  And as I had been thinking about Gingerbread Donuts for quite some time, it was the ideal recipe on which to experiment. I could put some of the cream cheese both in the donuts themselves, and then frost them with a cream cheese glaze. And Gingerbread Donuts…now that just screams holiday brunch, doesn’t it? 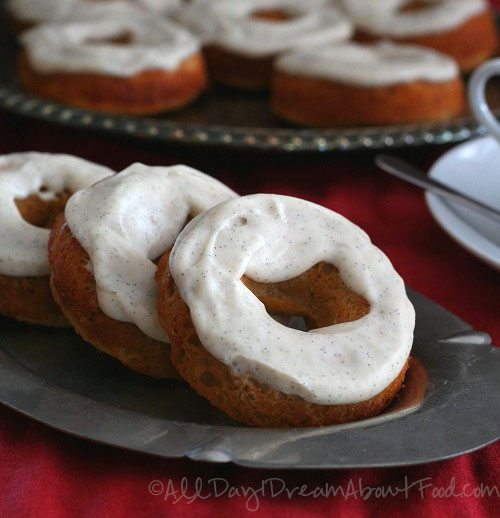 The GO Veggie! Dairy Free, Vegan Cream Cheese Alternative worked perfectly for both the donut batter and the glaze.  It beat in smoothly and combined well with the other low carb, gluten-free ingredients. And the donuts were delicious, as evidenced by the happy grins on my kids’ faces. My feisty four-year old is often a tough sell, as she doesn’t like anything unfamiliar and won’t hesitate for a second to tell you if she doesn’t like something. These donuts? She didn’t even bat an eyelash as she gobbled hers down. Success! 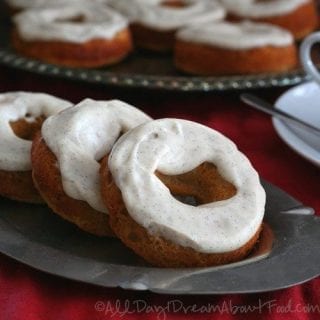 Disclosure:  This post is sponsored by GO Veggie! and Kitchen PLAY.  As always, all thoughts, opinions, words,  ideas, random tangents and incoherent ramblings are my own.