Baskin Robbins fans, rejoice! This Keto Jamoca Almond Fudge is a delectable sugar free ice cream treat. So creamy and rich, and it’s scoopable right out of the freezer. 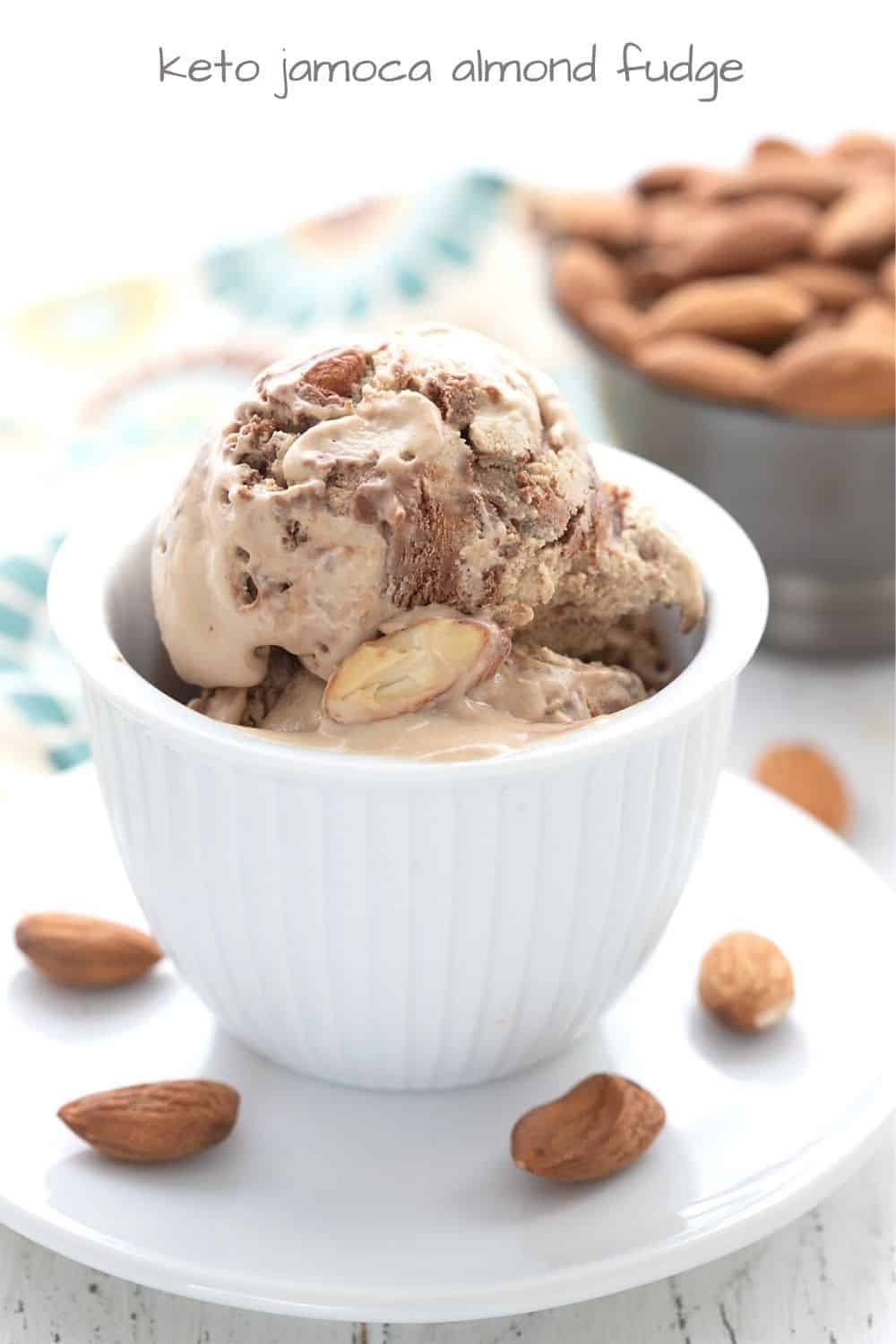 It was about time I gave this old low carb Jamoca Almond Fudge Ice Cream an update. Bear with me, friends, as I go back and revamp a few of my older keto ice cream recipes to make them easier, tastier, and more keto friendly.

Can’t argue with that, can ya?

Ever since I hit upon the magical formula that makes my keto ice cream soft and scoopable straight out of the freezer, I’ve slowly been working my way back through my archives. It’s a monumental task, given the number of recipes I’ve logged over the years.

That’s a lot of sugar free ice cream to make. And to eat. It’s a tough job but somebody’s got to do it. Taking one for the team, right? 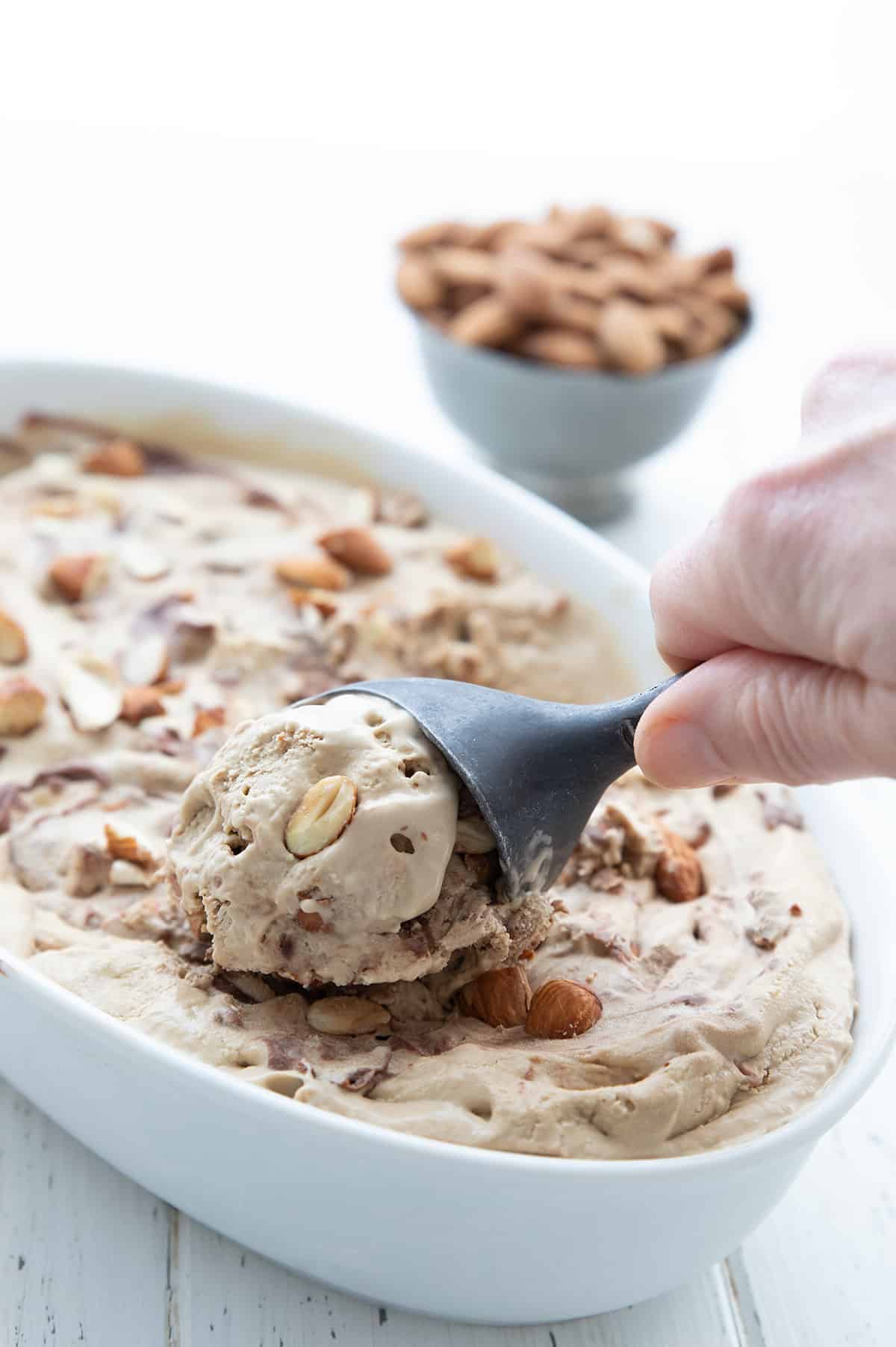 I first created this recipe back in 2012. Jamoca Almond Fudge had always been one of my favorite flavors from Baskin Robbins, along with chocolate peanut butter ice cream. And of course, I long ago made that a keto reality too!

A friend and devoted reader reminded me of this one a few weeks ago, telling me how much she loved it. I took a look at it and realized that the old recipe was unnecessarily complicated. And like a lot of low carb ice cream, it tended to become rock hard in the freezer.

But so much has changed in the keto diet landscape lately, and new products and sweeteners abound. So I knew I could overhaul this old recipe and make it even better.

What is Jamoca Almond Fudge?

If you are unfamiliar with this flavor, you will want to get familiar with it, ASAP! It’s a classic for coffee and chocolate lovers. And it’s one of Baskin Robbins’ most popular flavors.

In essence, it’s rich coffee ice cream with a ribbon of fudge and chopped toasted almonds.

Thunk! I just heard your jaw hit the floor. Yep, that’s how I feel too!

But their signature ice cream is not exactly healthy for you. Should I even tell you some of the ingredients? Corn syrup AND high fructose corn syrup. Carrageenan. Canola oil. Methyl Paraben. Gah! Let’s just not even, okay? 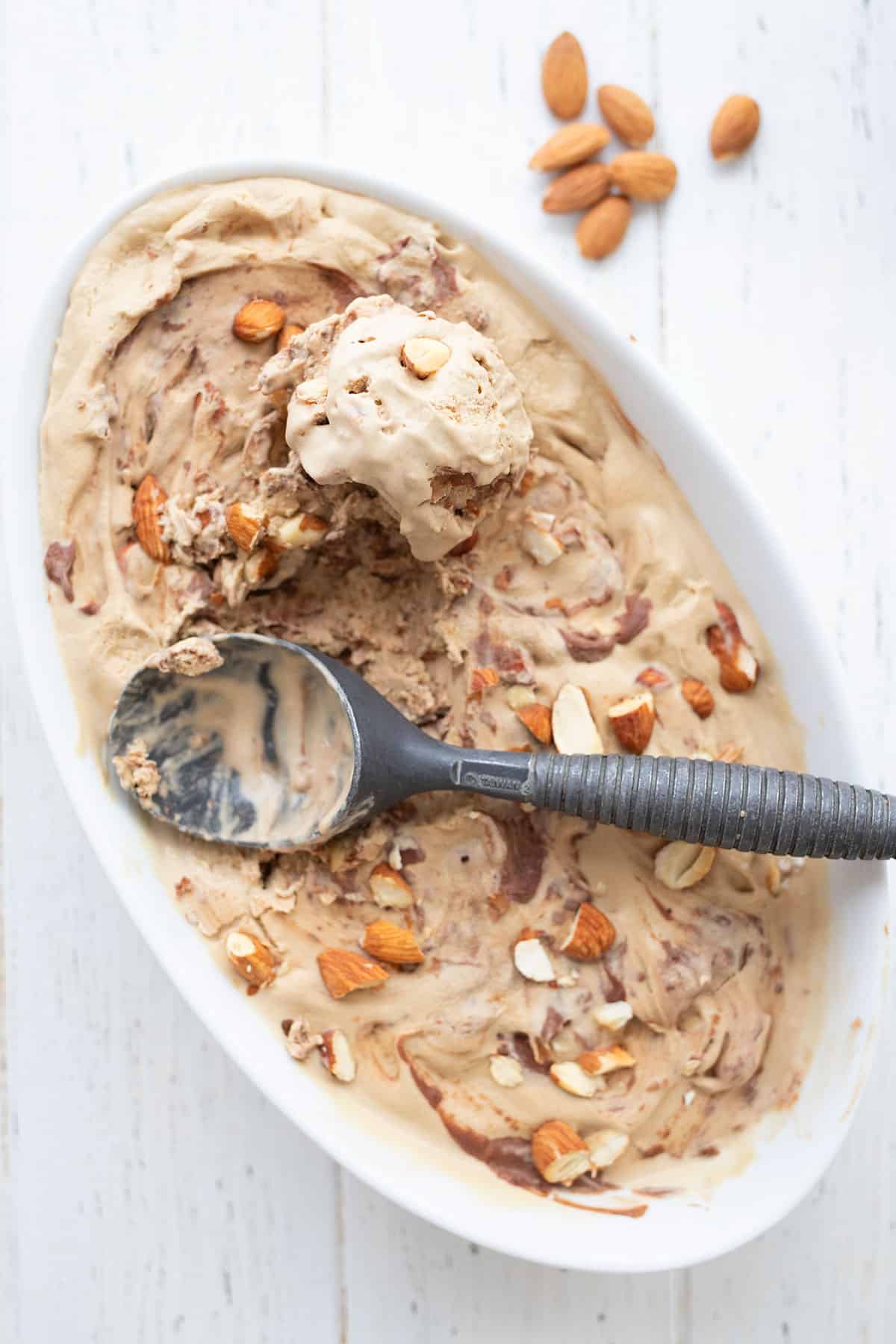 How to make it keto-friendly

The flavors of Jamoca Almond Fudge are hard to resist. Thankfully, it’s easy to make a keto friendly version.

This is a custard based ice cream that uses egg yolks. It’s important to temper the egg yolks properly so that they don’t curdle. I like to use a good instant read thermometer to keep an eye on the temperature.

If you don’t have a thermometer, you can still tell when the custard is done. You want the custard to be liquid, but thick enough to coat the back of a wooden spoon.

The custard also needs to be properly chilled before you churn it. Be sure to factor in the chill time for this recipe!

You really do need a mix of sweeteners to get really good keto ice cream that’s scoopable out of the freezer. I have hit upon the perfect ratio, in my opinion. I use 50% Swerve and 50% BochaSweet or allulose.

You don’t absolutely HAVE to use the same sweeteners as I do. However, be forewarned that your ice cream may harden in the freezer if you use only erythritol based sweeteners.

And if you use only allulose or BochaSweet, it may take quite a bit of time to firm up properly. That’s why my 50/50 split works so well.

This is essentially my keto chocolate fudge sauce, swirled into the ice cream. Make it while the ice cream is churning and let it cool properly. If it’s too hot, it will melt your freshly churned ice cream and we don’t want that! 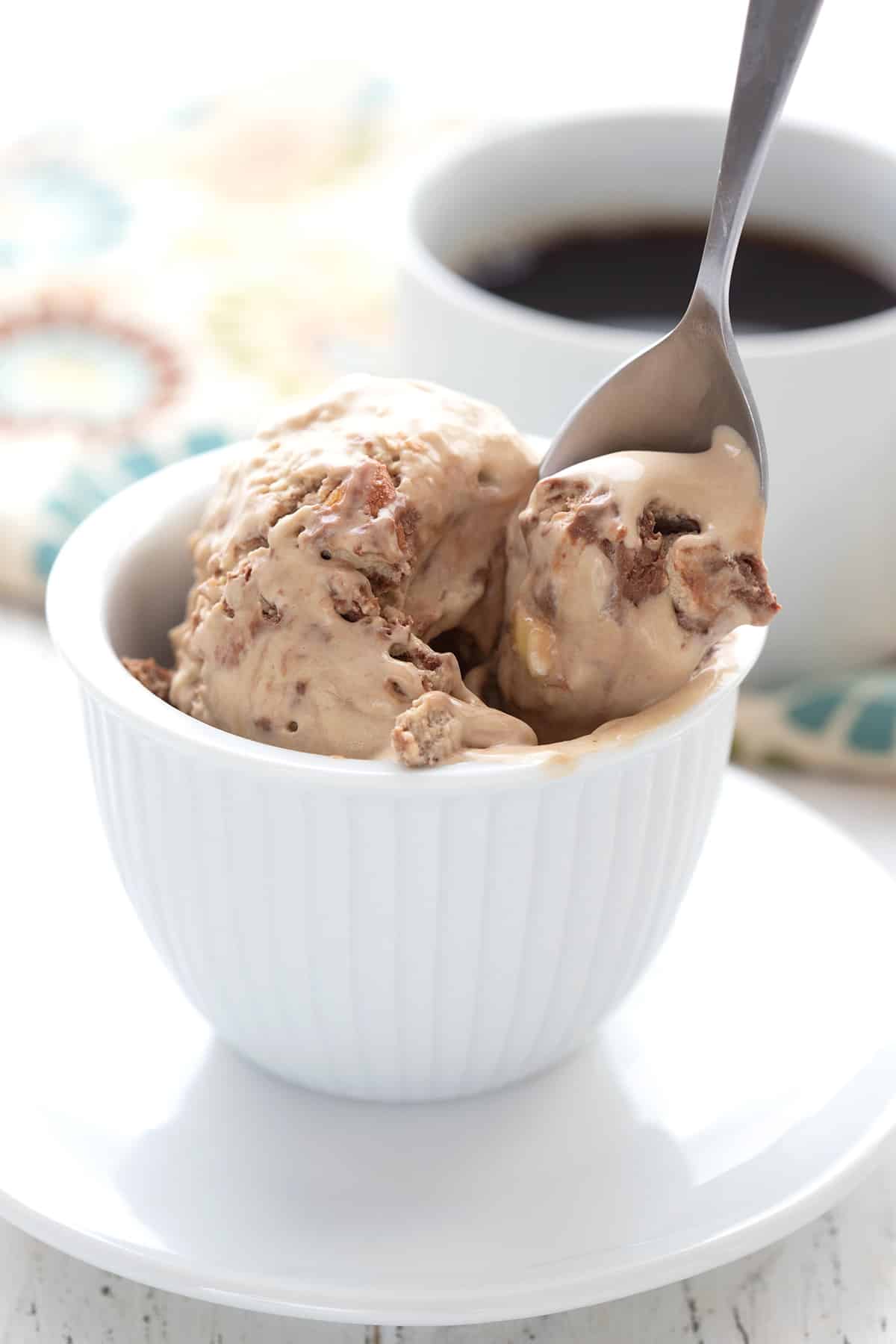 Can you make this keto ice cream without an ice cream maker?

No ice cream maker? No problem! Try using my no churn keto coffee ice cream as the base and then swirl in the fudge and almonds!

So, Baskin Robbins, you have some sugar-free keto ice cream competition competition.  How do you feel about that? 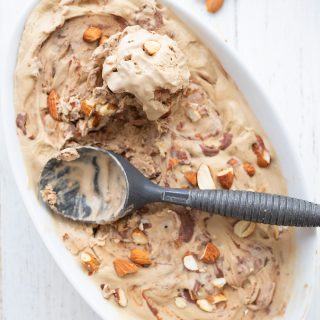