Look no further for the perfect keto chocolate frosting. Smooth and creamy, with rich chocolate flavour. This is the best recipe for all your low carb cakes, cupcakes, cookies, and brownies! 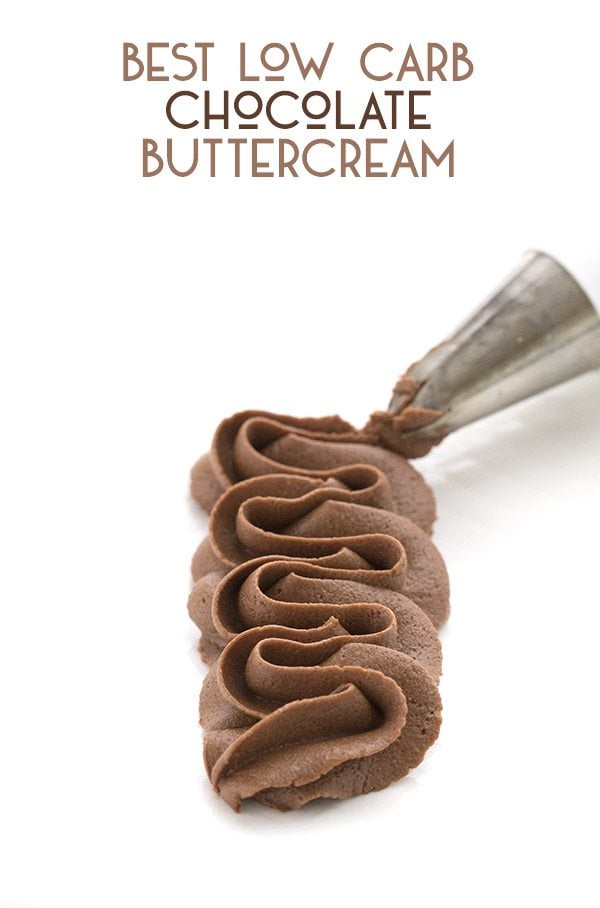 Fake it til you make it, as they say. And to make this amazingly delicious keto chocolate frosting, you’re going to have to fake it a bit, my friends! It’s not a true buttercream but it acts like one and it tastes like one. Keep reading to find out the secret!

And if you’re looking for perfect keto vanilla buttercream, I’ve got that too!

There is something you should know about me. I am a total faker and I am okay with that. I have accepted my fakery with aplomb and you should too. Because sometimes faking it gets you exactly where you want to be.

Now of course I am not talking about pretending I went to Harvard or saying that I am a close cousin to Queen Elizabeth. (As far as I know, I am exactly 30 millionth in line for the throne…pretty much all of England and Canada would have to die before I was your royal highness).

But I do fake it til I make it when it comes to low carb cooking and baking, and that’s what I did with this low carb chocolate frosting. And although I know some naysayer will inevitably come along and say it’s not a true buttercream, I say don’t be a hater. And don’t bother to give me a hard time about it, you will not ruffle my feathers. I know what I am about. 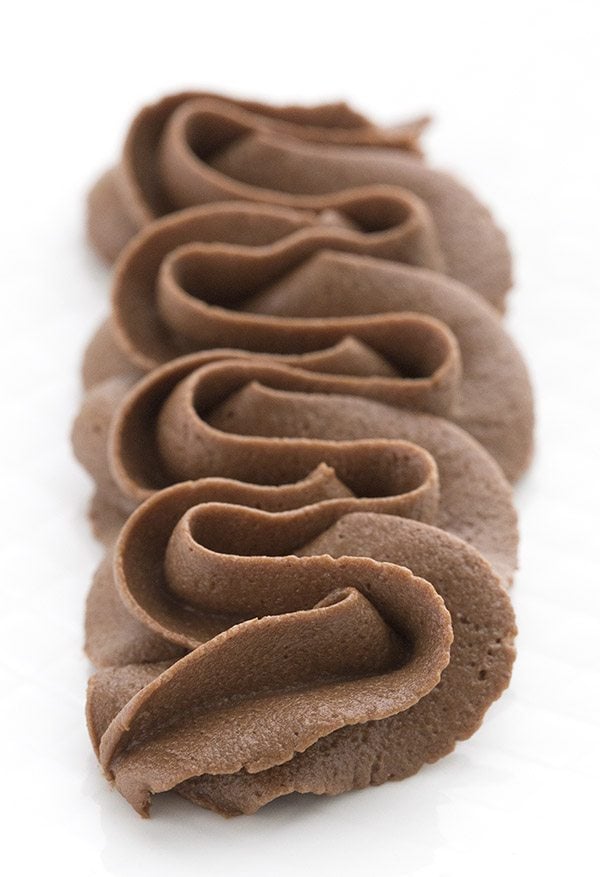 We get kind of used to faking it in this low carb diet of ours. We have to, if we want to enjoy some of the same foods we used to love.

So zucchini and cucumber and eggplant become noodles, cauliflower becomes potatoes and rice, and pork rinds become rice crisps (I got a hater comment on my low carb Scotcheroos which I thought was absolutely hilarious!).

Faking it comes naturally to me now, and I think as long as I can achieve my ultimate goal, which is the best taste and consistency in one of my keto recipes, I don’t care what I have to do. It’s all about the food, people!

The Secret to Keto Chocolate Frosting

And so the secret to perfect keto chocolate frosting is…cream cheese. Gasp! No really, this is something I’ve known for a while now and I am passing this secret bit of low carb wizardry on to you. 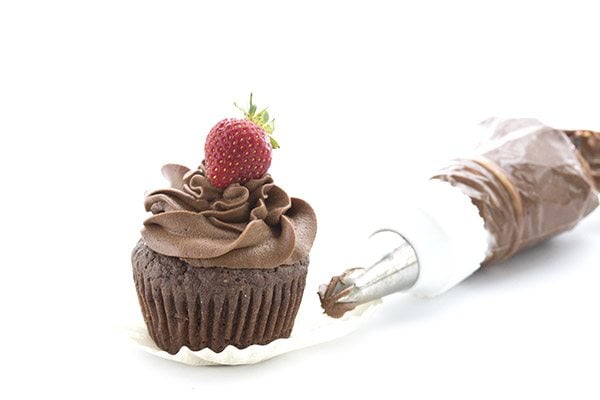 Why does cream cheese help so much in a low carb frosting? Because it gives the frosting structure without having to use copious amounts of powdered sweetener.

Think about it…a traditional buttercream frosting takes ridiculous amounts of powdered sugar. Take this gorgeous vanilla buttercream from Sally’s Baking Addiction, for example. It’s perfect but it also takes 4 to 5 cups of sugar, just to be able to be a proper spreadable and pipe-able consistency.

While I could do something similar with powdered Swerve, I just don’t want to. Here’s why:

1. My tastes have changed and I find frosting, even low carb frosting, much too sweet.

2. Low carb sweeteners are expensive! Who wants to pay $25 just to make enough frosting for one cake?

So a few ounces of properly softened cream cheese will give your low carb chocolate frosting a smooth consistency…unlike a some of the lumpy, clumpy frostings you see on many low carb cakes! Ugh! 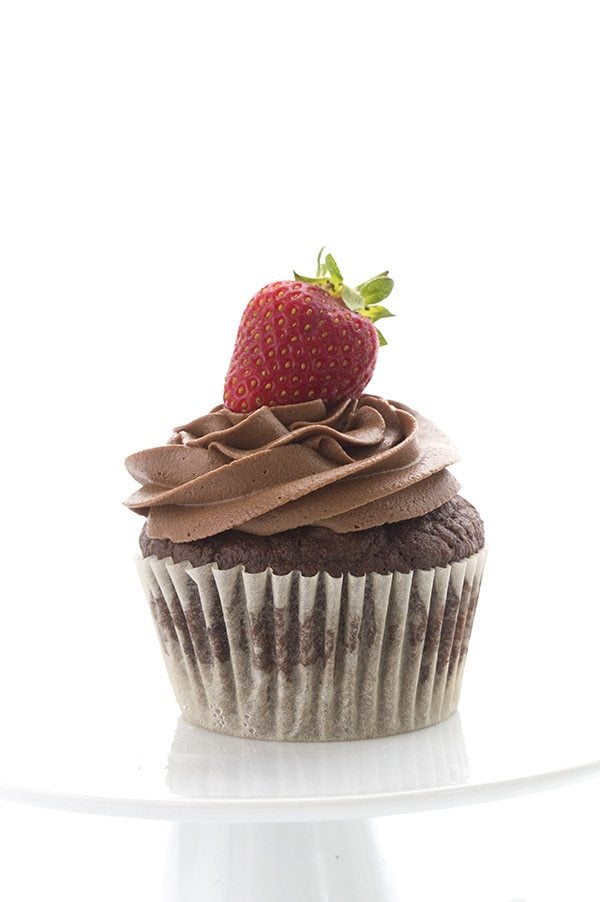 All that  the few ounces of cream cheese do is give it some structure so you don’t have to keep adding powdered sweetener. Instead, you simply get the best low carb chocolate buttercream around. Rich, smooth, chocolate-y, all without spending a small fortune on sweetener.

So the only question is…what are you going to put it on? How about my Classic Low Carb Chocolate Cupcakes? They are a match made in heaven! 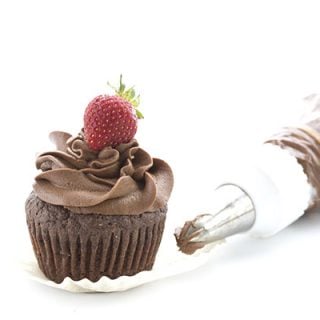 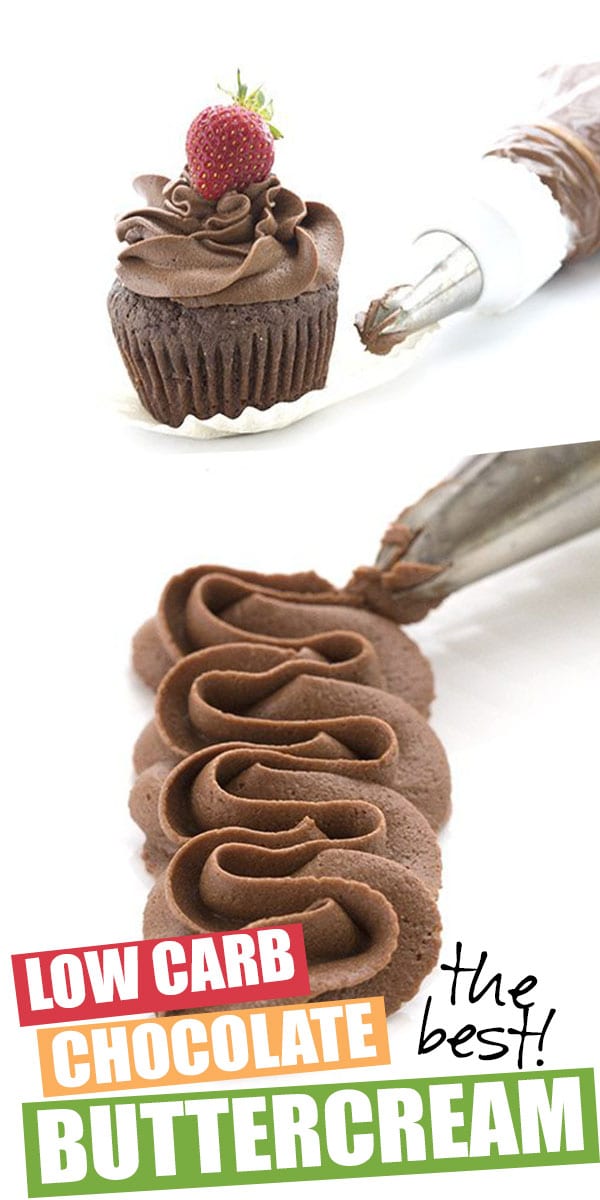