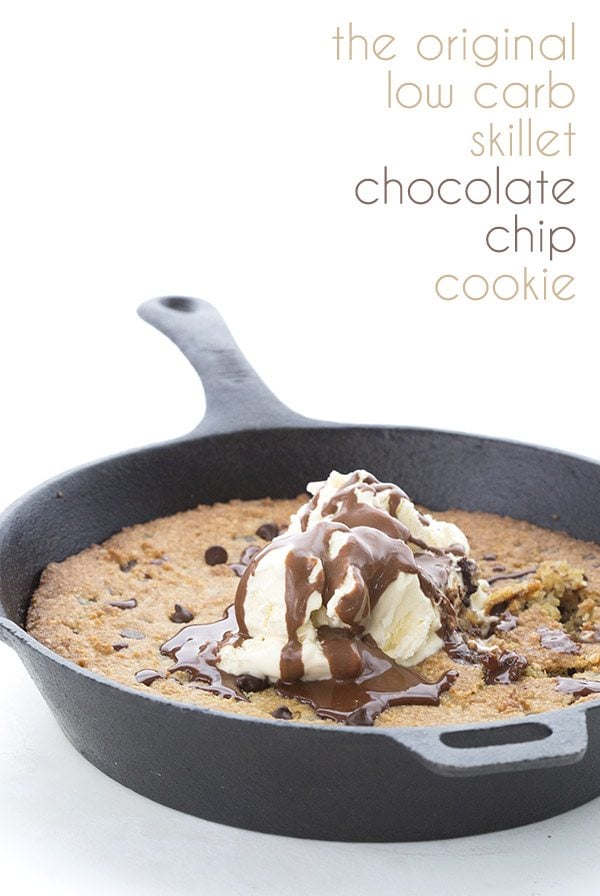 I often feel very lucky to be a food blogger with a very specific niche, because I have to deal with far less one-upmanship than conventional food bloggers. I don’t have to worry about out-doing my fellow bloggers and taking my recipes beyond the beyond. It’s enough for me to take simpler ideas and execute them well, as people on a low carb diet are usually just glad to have their old favourites recreated in a form that meets their dietary needs. 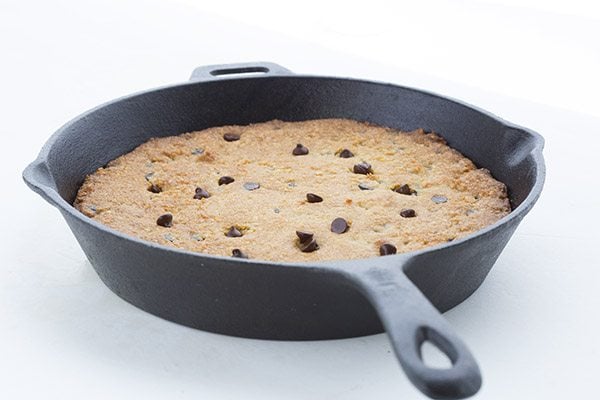 I see a conventional recipe from a blogger friend and wonder if I can achieve that very thing, using low carb, gluten-free ingredients. I have Pinterest boards devoted to these gorgeous and delicious recipes that I am itching to make over. You just won’t find me stuffing one of them with another; I want to enjoy each of them individually.

How to Make a Low Carb Skillet Chocolate Chip Cookie

The idea of baking cookies and brownies in a skillet is one that appealed to me from the get-go. I’ve admired many such a creation, because they have a gooey-ness that just calls to me. It says “grab a spoon and a friend or two and plonk yourself down, you’re going to be here a while”.

After I made my keto chocolate chip cookies, I began to wonder if that dough might make a good skillet cookie. The question is, why didn’t I try it earlier? Well, you could bake such a thing in any old skillet, but it sure looks extra purdy in a cast iron skillet. And the only cast iron skillet I owned was a very large, very heavy 12-inch pan that seemed like it might be a little too big. So I hit TJ Maxx, where I’d seen a few smaller skillets on sale. What I really wanted was to get several small skillets, 5 or 6 inches in diameter, to make two skillet chocolate chip cookies. But I had to settle for a single 10-inch skillet…which turned out to be just perfect for ONE low carb skillet chocolate chip cookie. 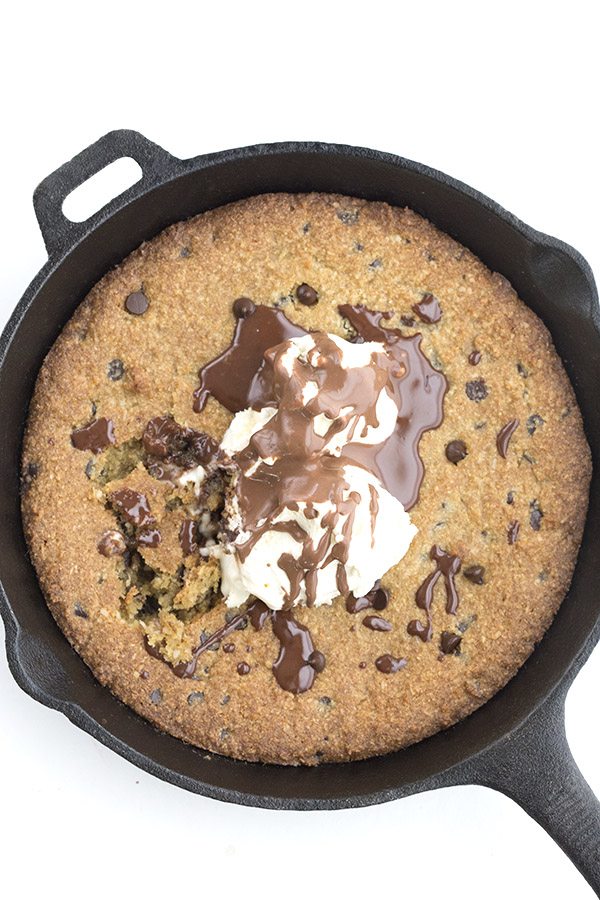 As for the keto cookie dough recipe itself, I did shake things up a bit. Here are the changes I made to the original low carb chocolate chip cookie recipe:

This is an updated post and I have to take a moment to tell you just how good this skillet chocolate chip cookie is. I have made it for my birthday dessert three years running. Topped with a little low carb vanilla ice cream and some of my keto hot fudge sauce, and it is just AH-MAZING!!! 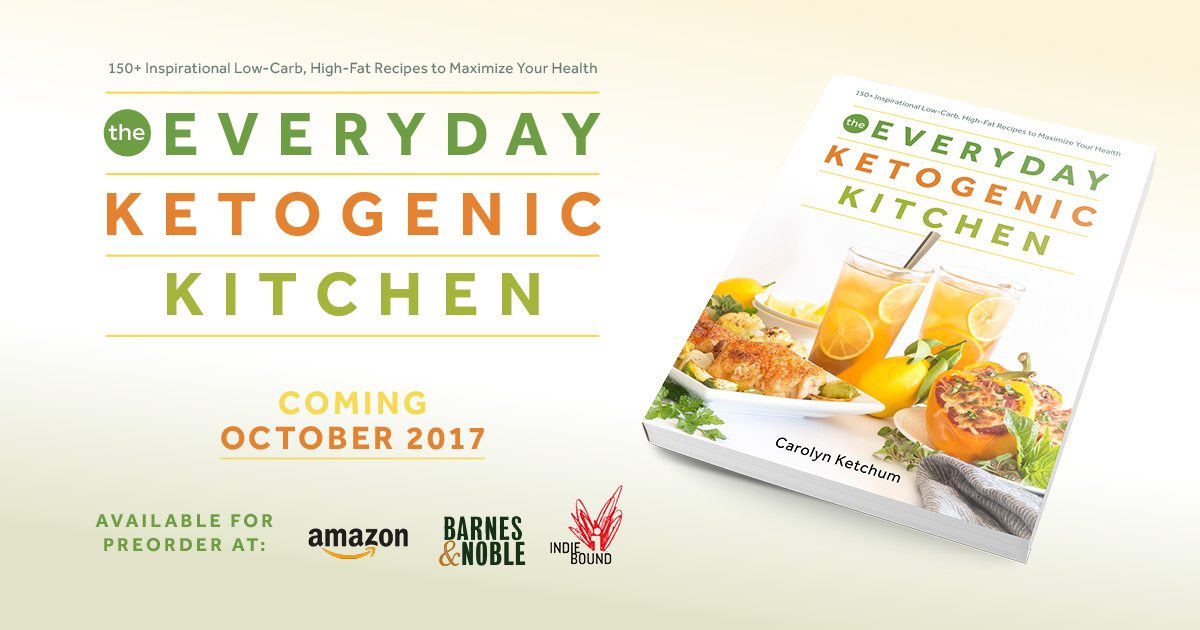 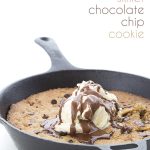