The creamiest low carb pecan pie cheesecake EVER! This divine keto dessert cooks up in an Instant Pot and takes a fraction of the time of conventional cheesecake. 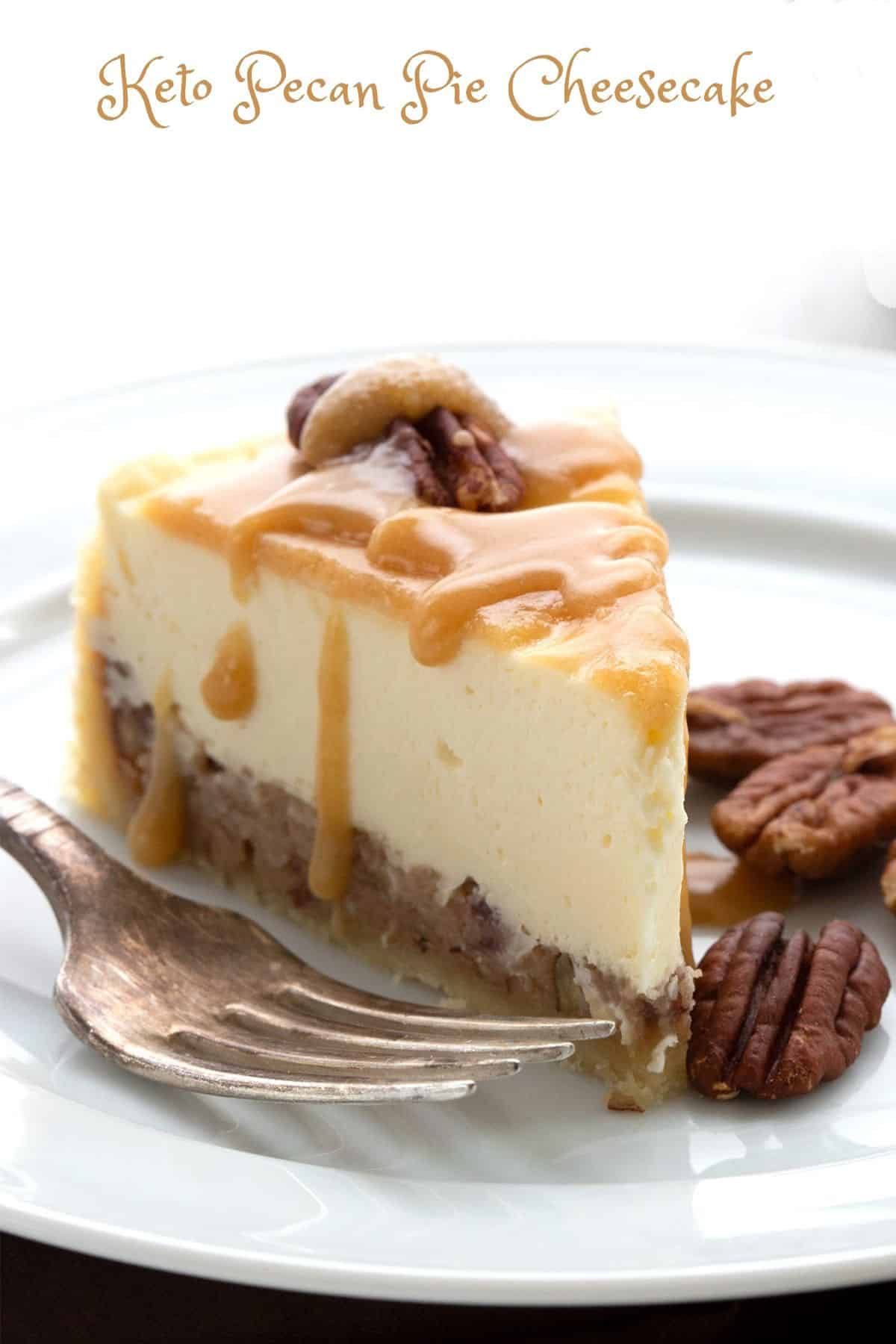 Spoiler alert! This keto pecan pie cheesecake recipe is going to blow your mind. How do I know? Because it totally blew my mind. And when it comes to low carb dessert, my mind is pretty hard to blow. I make so many really great recipes…some more great than others, I admit, but on the whole they are all pretty darn tasty. So it takes something really special to make me stop in my tracks, mouth agape, and declare it a mind-blowing recipe. This is very much one of those recipes. And I wanted to make sure to get it to you in time for your healthy sugar-free Thanksgiving celebrations. I am sorry I didn’t quite make it in time for Canadian Thanksgiving. I tried, I really did! But those of you north of the border will want to make it anyways. 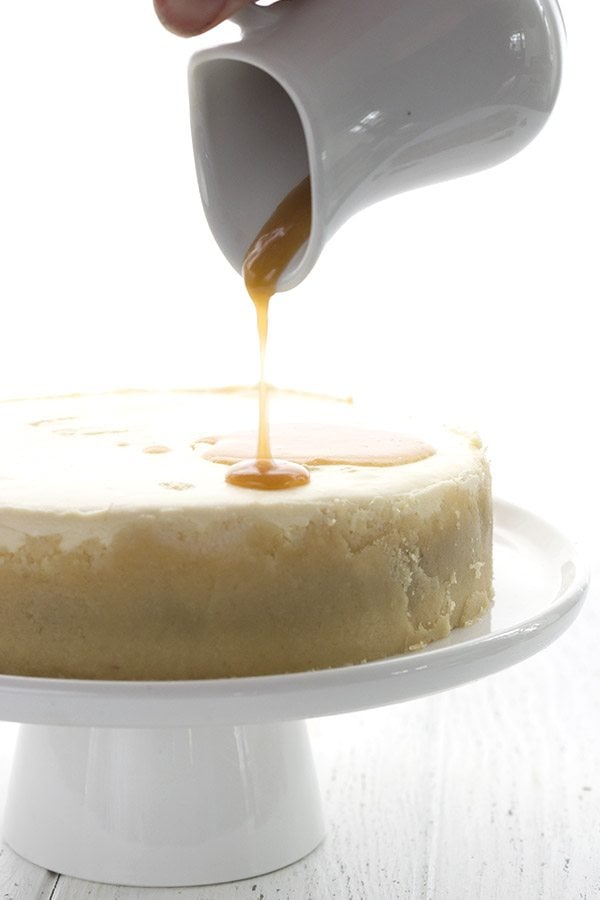 I only recently jumped on the Instant Pot train. I have so many kitchen gadgets and my storage shelves are already overflowing – I figured why add one more that did a job my oven or slow cooker could also do? But people were raving about the darn thing and it was everywhere I looked. And when readers started to email me asking for Instant Pot recipes, I knew I was fighting a losing battle. I feel it my honour-bound duty to test out new things on my readers’ behalf and to make them the recipes they want to see. So I got myself a pretty basic model, this 6-quart Instant Pot Lux. 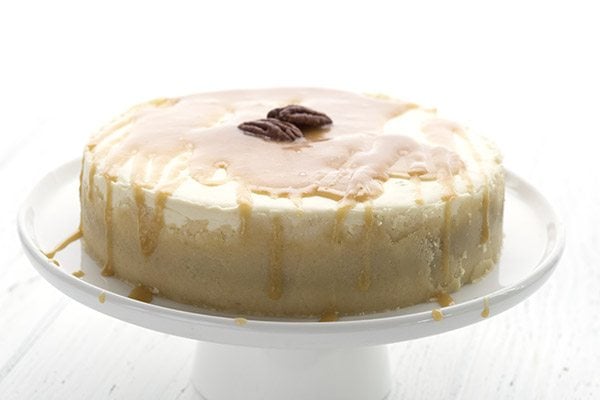 I have to say, my first recipe was not a success. It was a pork roast and while it wasn’t bad, it wasn’t the meltingly tender meat you would expect. I was underwhelmed. But I decided to press on and I made a fabulous Chile Verde that is destined for a future project (hint hint…another book!). Normally, Chile Verde would take hours to cook but this was done and ready to eat in less than 45 minutes! I started to think people were on to something here. 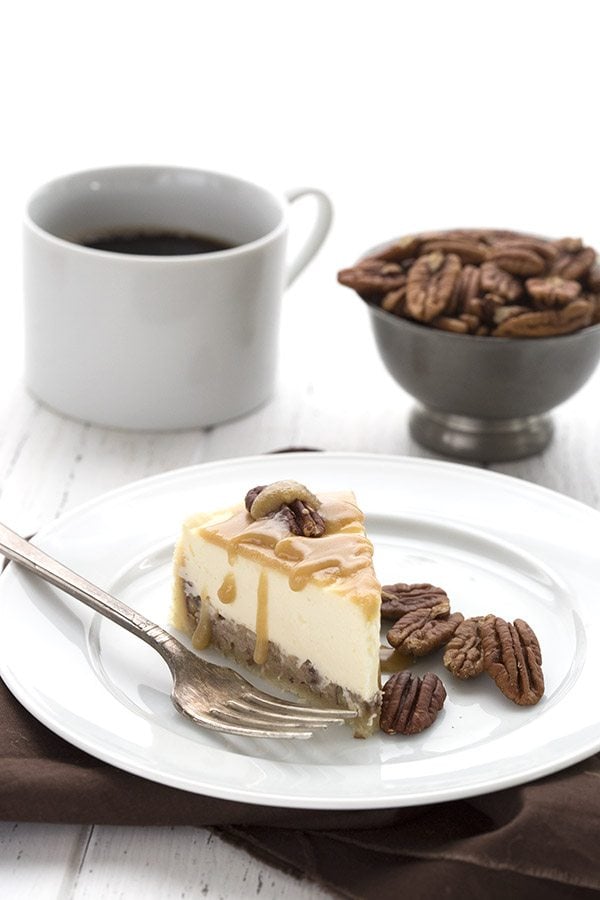 I made another few Instant Pot dinner recipes that were very good and then I did what I always do…I went for dessert. Of course, I did, right? I mean, you know me! I had seen some gorgeous Instant Pot cheesecakes on Pinterest and I wanted to give them a try. I consulted quite a few of them to figure out how to make this cheesecake a success. This Salted Caramel Instant Pot Cheesecake from Cookies and Cups inspired the idea of a low carb pecan pie version. Of course, it ended up meaning I had to buy another piece of specialized equipment, but it was worth it. Because for a springform pan to fit into your Instant Pot, or in most slow cookers, it needs to be 7 inches in diameter. I got this Nordic Ware 7-inch Springform Pan. 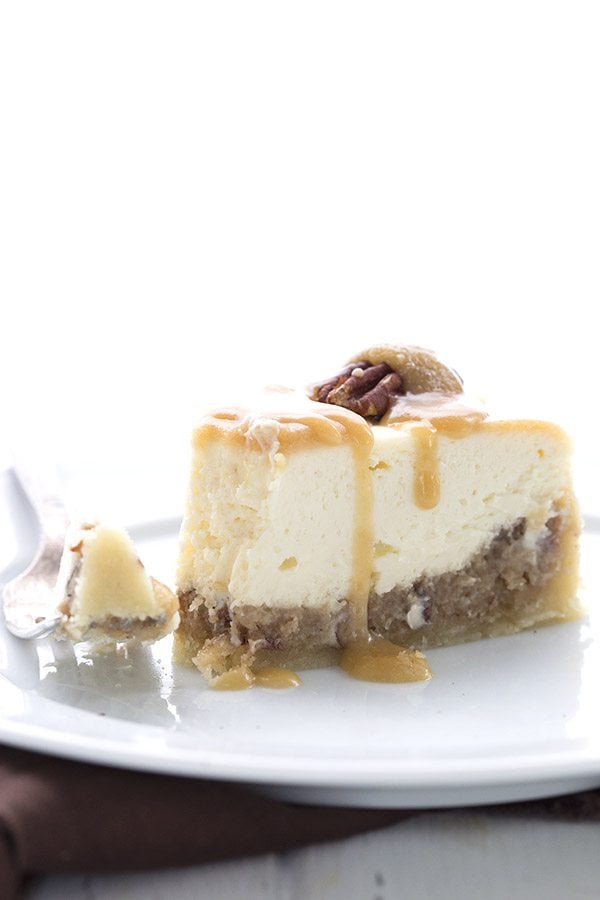 So was this low carb cheesecake really worth all the trouble and expense? I have to give that a huge resounding YES! It’s not really any easier than baking a cheesecake in your oven but the consistency is astonishingly creamy and it cooks in 30 minutes, rather than several hours. And I hardly need to tell you that the marriage of pecan pie and cheesecake is the most heavenly thing on earth, do I? No, no, I don’t.

If you don’t have a pressure cooker like an Instant Pot, I think you could also make this in a slow cooker. I am not sure of the timing involved but the overall process would be much the same (water in the bottom, paper towel to absorb extra moisture, wrapping the whole thing in foil). 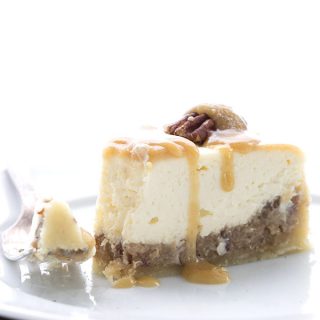 USED TO MAKE THIS RECIPE 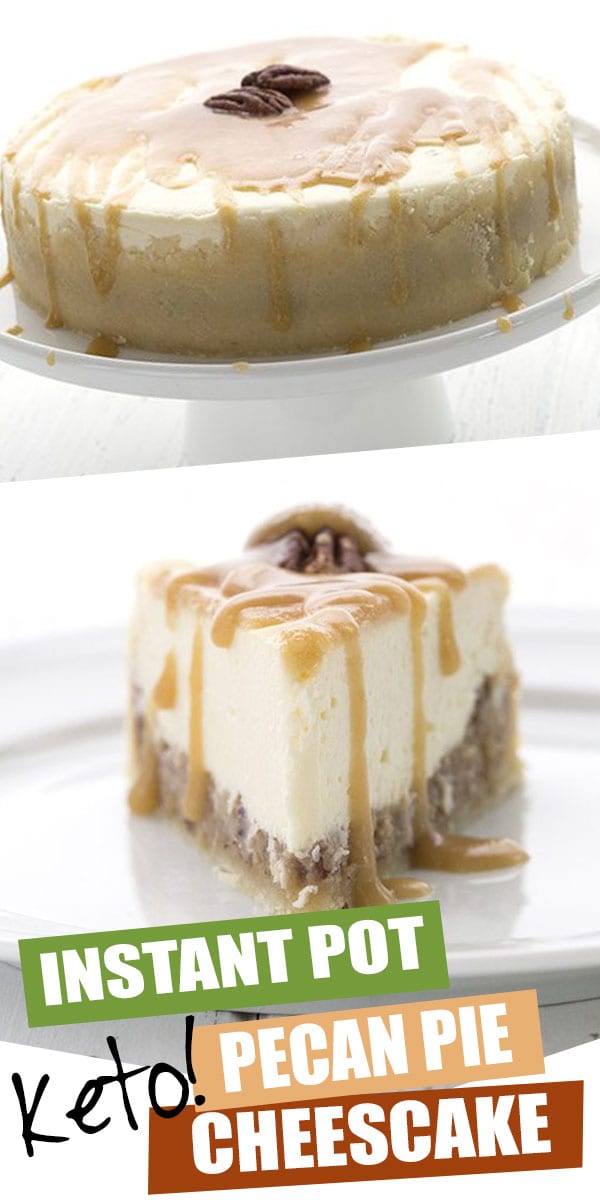