Tender almond flour pound cake brushed with coffee and layered with creamy mascarpone, this keto tiramisu recipe will have you coming back for more! 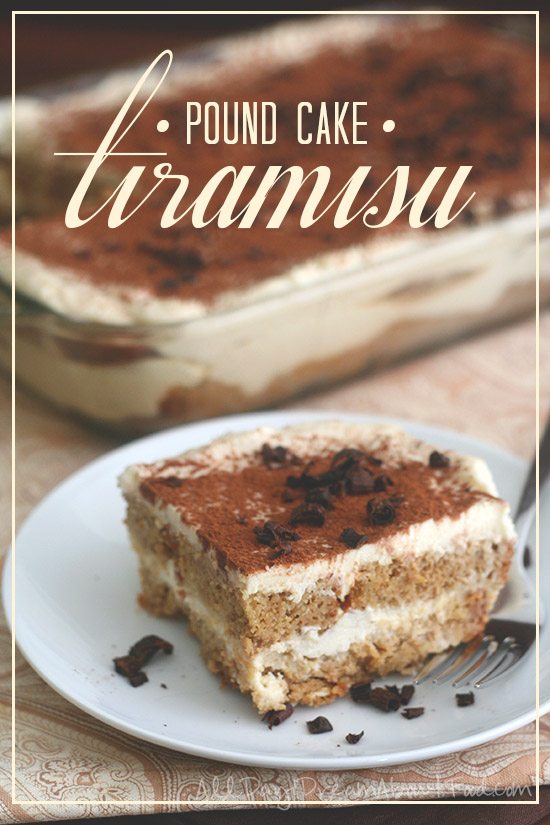 Some ideas are really, really good ideas and you just have to steal them. Well, let’s not say steal, let’s say “borrow”, shall we? It sounds much more civilized and refined, even if the result is the same. I took the idea and I really have no intention of giving it back. It’s mine now and I am holding on as tight as I can. Finders keepers, as they say. However, when it comes to good ideas, I am always one to give credit where credit is due. I mean, I might be an idea stealer but I will readily and happily admit that the idea is stolen. And so I will readily admit that the idea of making tiramisu with layers of pound cake is not at all my idea originally. I came across it first when my friend Amy made Pound Cake Tiramisu on Belly Full. Even though hers was made with Sara Lee pound cake, I took one look and knew I needed to make a low carb version. I needed to steal that idea as fast as I could. And I knew exactly the low carb cake recipe I wanted to use for it: my Almond Crusted Butter Cake.

I confess that I have never made an authentic version of tiramisu and quite frankly, I am not about to start now. Because authentic tiramisu takes lady fingers and store bought lady fingers have plenty of gluten and carbs that just aren’t going to make their way into any of my desserts anymore. And while I am quite confident that I could actually make a reasonable low carb facsimile of lady fingers, I honestly think to myself, why bother? What do lady fingers provide in a dessert like tiramisu? They provide a little structure for the creamy mascarpone filling and they act as a sponge for the coffee and alcohol that is brushed over them. Other than that, they don’t really do much. Maybe I just haven’t had a good lady finger in my day, but they really are quite boring on their own and are much more useful as part of another dessert than as a stand alone treat. I think a good sponge or pound cake can do admirably in the place of the lady fingers. 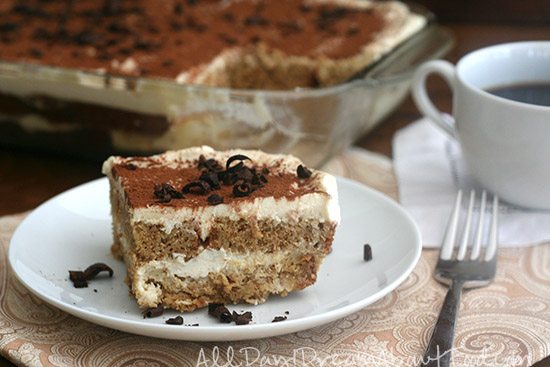 And since I wasn’t going full-on authentic, I also decided to skip the raw egg yolks in the creamy mascarpone filling to make it easier. I really considered using them, but found it was simply more work than I to put in. Instead, I just combined the mascarpone with sweetener, coffee and cream. Now, I haven’t had a lot of experience with mascarpone, but I’ve done enough with it to know that it can be slightly temperamental. It can have a tendency to curdle when it’s beaten with other liquids and the trick is to make sure it is at room temperature and that you add everything else quite slowly. Even then, you can end up with separate curds of cheese and liquid. To bring it back together, you need something to emulsify it. This may be where egg yolk comes in for tiramisu, as it is used as an emulsifier in many recipes, including salad dressing. But things like xanthan or guar gum work very well too. Trust me, I’ve rescued several batches of separated mascarpone that way. You really don’t need much. 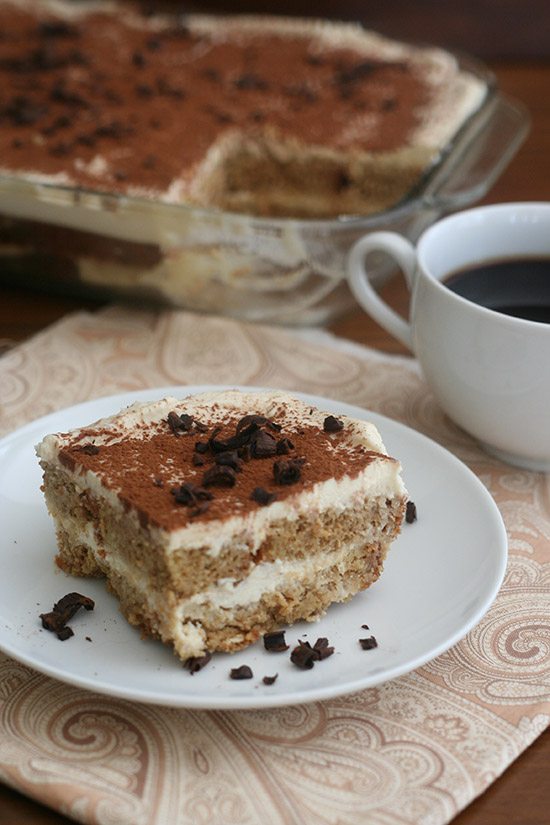 The end result of the idea stealing was delightful. The butter cake provided the perfect structure for the creamy tiramisu filling. As a good tiramisu should, it all became one, with the layers and flavours melding together as they sat, so that each bite was a mouthful of creamy light filling and coffee-flavoured sponge. Many many thanks to Amy for the inspiration, because I don’t think  I would ever make low carb tiramisu any other way. 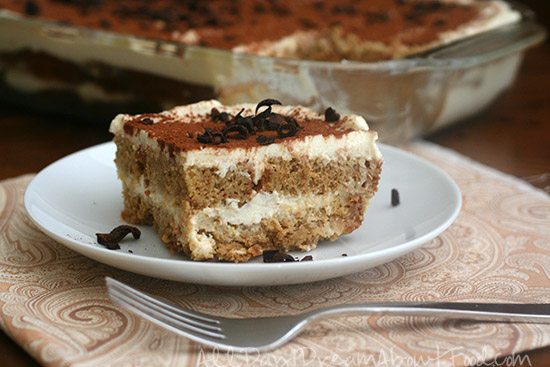 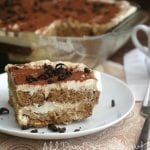 Cook’s Note: Mascarpone can have a tendency to curdle with beaten - it will get grainy, instead of smooth, and the liquid will separate from the fat. If this happens, it can be brought back together with a little xanthan gum or guar gum to help emulsify it. Try 1/4 tsp. 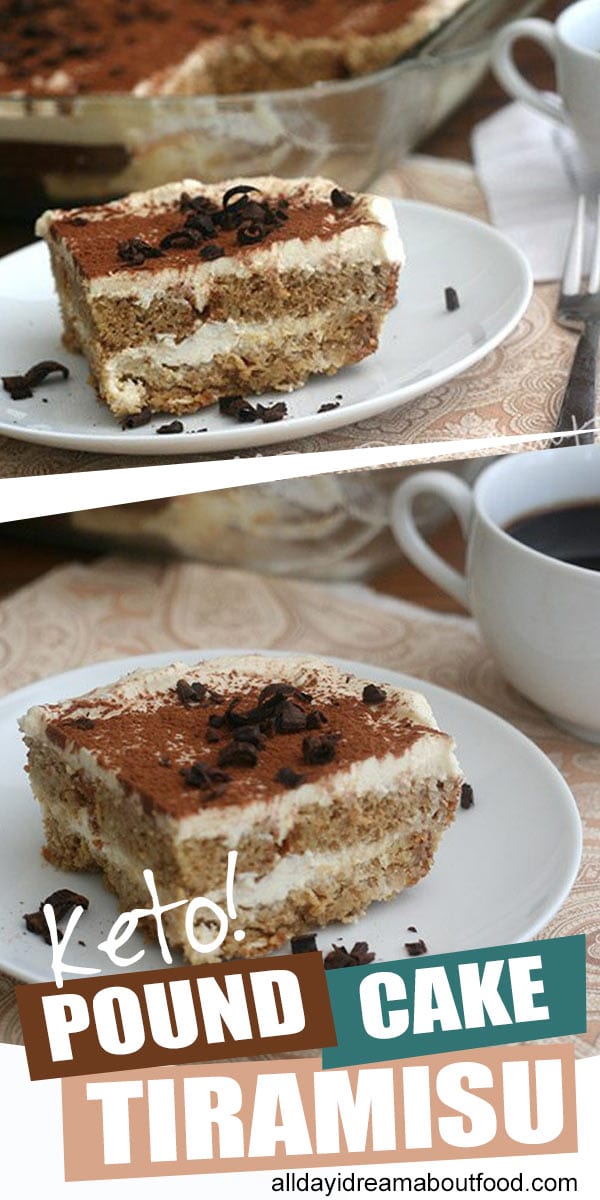