If you love maple flavors, be sure to also try my keto oatmeal recipe! 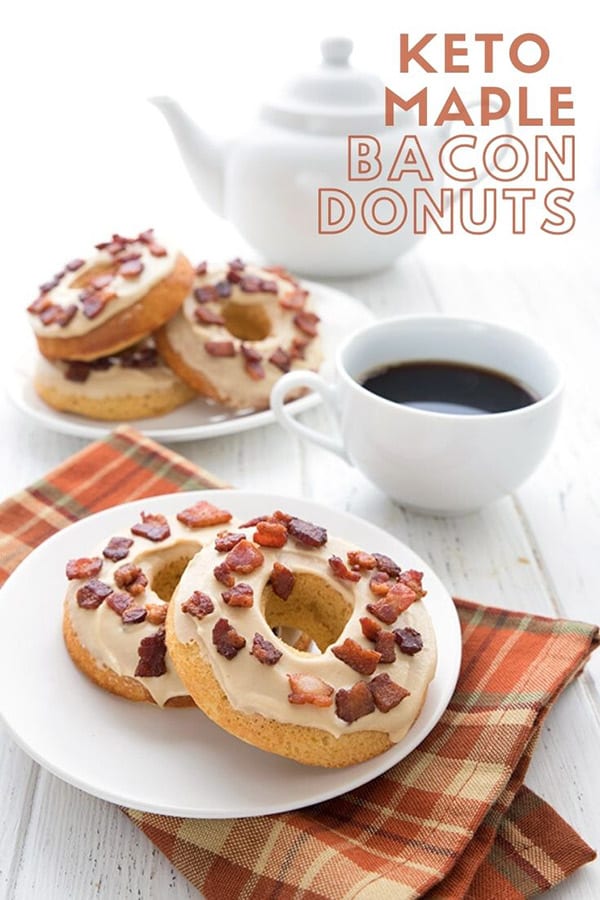 Behold, the Maple Bacon Donut! A thing of absolute beauty and genius. Of course it’s not my genius, as much as I might wish it was. Maple-frosted donuts with bacon on top have been floating around for quite a while now.

I believe they started in a commercial bakery somewhere and spread like wildfire to other bakeries and donut chains. And of course, many a blogger has taken a stab at a homemade version, including yours truly.

I created these keto maple bacon donuts back in 2014 and decided it was time for an update. Now I’ve made them lighter, easier, and even lower in carbs.

I’d call that a keto breakfast win, wouldn’t you? 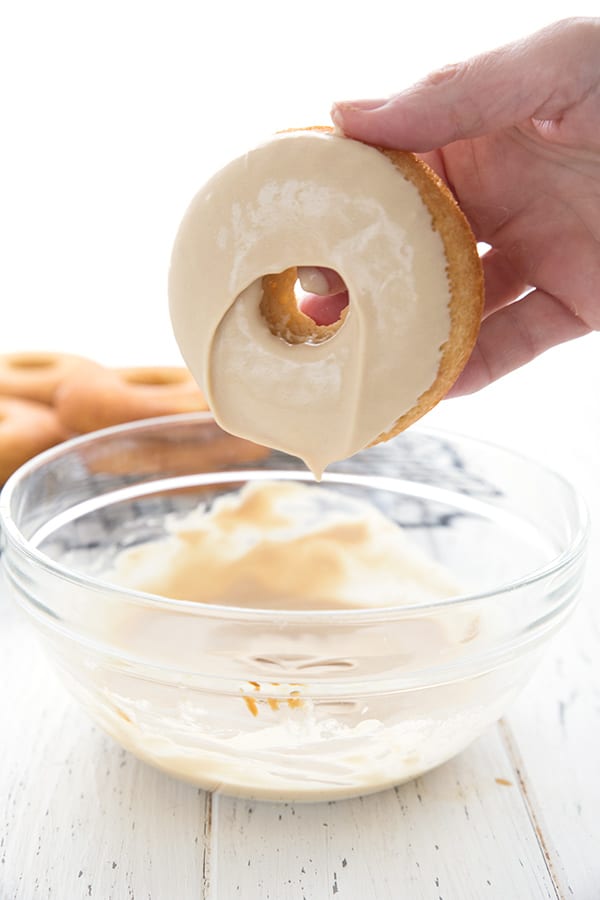 There are so many great ways to make keto donuts and I have plenty of recipes. A few of the most popular are my Keto Chocolate Donuts, the classic Keto Cinnamon Donuts, and the over-the-top Keto Samoa Donuts.

Keto donuts are typically baked in a donut pan, rather than yeasted, raised, and fried in oil. The ingredients used in low carb donuts don’t hold together well for frying, so it’s best and easiest to simply bake them in a donut pan. That said, I did once fry some donuts after baking, to get that same delicious flavor. It worked out rather well, actually. You can see the method here in my Fried Coconut Flour Donuts.

When it comes to making donuts without sugar or flour, you have plenty of options for ingredients. You can make them with coconut flour, almond flour, or a combination of both. I’ve even used hazelnut flour before.

I like the combination of almond and coconut, as I think it creates a wonderfully fluffy texture, reminiscent of traditional donuts. I also like using my blender to whip the batter and make it lighter and airier. And that’s exactly what I did in these delicious Maple Bacon Donuts. 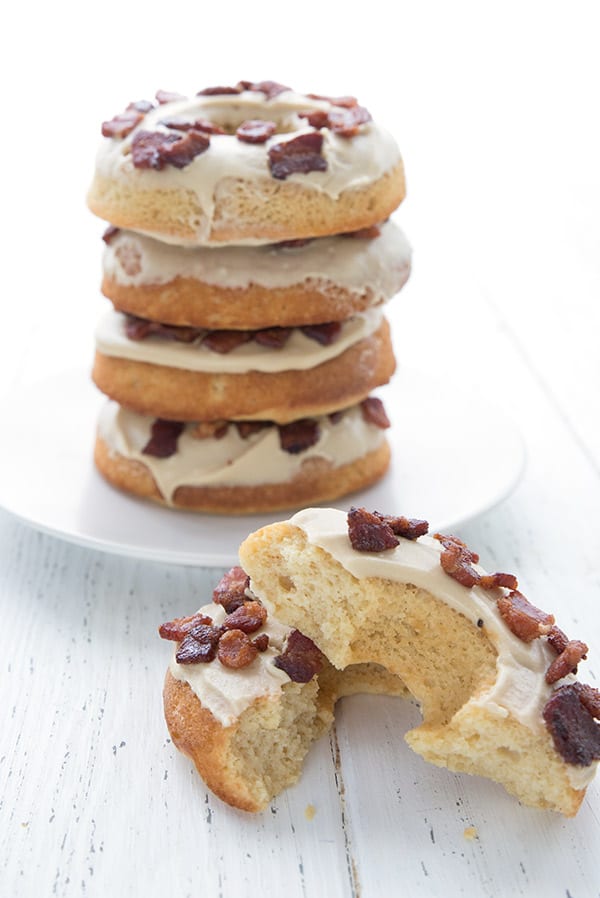 These donuts are fun to make and fun to eat! Let me show you how it’s done.

Ready to dig into these delicious Keto Maple Bacon Donuts? 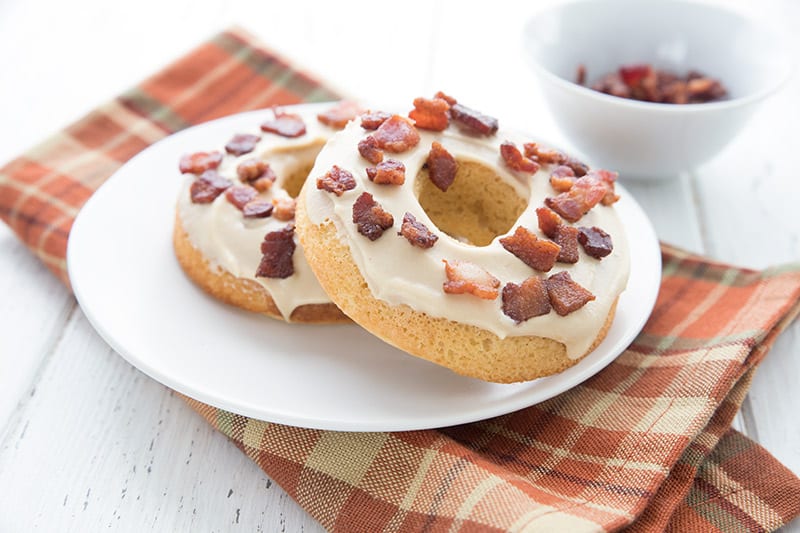