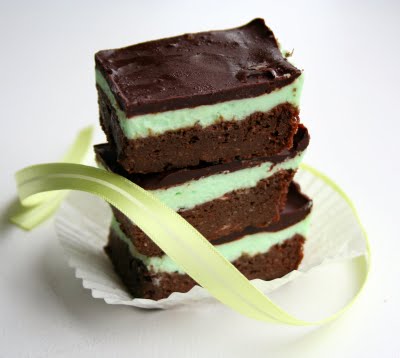 I get quite a few comments on this blog wondering how I manage to make so many sweet treats low carb. I have a secret weapon, and its name is erythritol. It’s actually not such a secret weapon, since it is listed in the ingredients and you can find out more about it on my FAQ page. But I will give you a brief synopsis here as well. Erythritol, despite its very chemical-sounding name, is a naturally occuring sugar alcohol present in fruits and many fermented foods. It actually has carbs, but for some reason, it doesn’t register in blood sugar, giving it a gylcemic index of zero. I really don’t know how it works, but I have tested this out on myself time and time again, and it seems to be true. Because of this, and because it has bulk like sugar and can be substituted cup for cup, it has become my sweetener of choice. 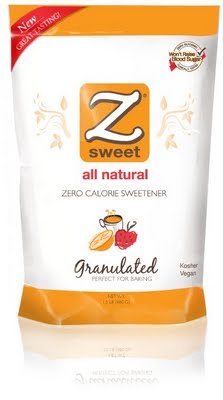 I have tried several brands of erythritol sweeteners and long ago settled on ZSweet as my favourite. It just seems to combine better with other ingredients and it also contains a little stevia. I discovered on my own that erythritol and stevia appear to enhance each other’s sweetness, and have been combining them in my baked goods for quite a while. Would it be odd to say that I also prefer ZSweet because of their website and company MO? I did a LOT of research when I started using alternative sweeteners because I have always been a bit skeeved out by Splenda and other artificial ingredients. I found the ZSweet website to be straightforward and informative – I did, of course, verify their claims about erythritol with further research before feeling fully comfortable with the product. And it doesn’t hurt that ZSweet was developed specifically with diabetics in mind. I appreciate that someone was thinking of us sweet-toothed diabetics!

I was delighted to discover recently that they now make a powdered version of ZSweet, for those recipes requiring a finer substance than the granulated version. I previously had another brand of powdered erythritol but I wasn’t impressed. It clumped up a lot and didn’t dissolve very well into glazes and ganache. When I was sent some of the powdered ZSweet to try, I decided I had to put it to the ultimate icing-sugar test…buttercream. I recently won a copy of Baked Explorations from Pass the Sushi (thanks, Kita!) and the Grasshopper Bar recipe caught my eye. A brownie base with mint buttercream filling and chocolate ganache…what could be better? And the mint buttercream was ideal for the powdered ZSweet and here’s why – in concentrated forms, erythritol has a mouth-cooling sensation. I don’t find it unpleasant at all, but it is distinctive and somewhat unexpected. But when paired with mint flavouring, it makes a lot of sense as mint also has a mouth-cooling sensation.

The Results: So how did the powdered ZSweet hold up as an icing-sugar replacement? Perfectly! It created a lovely buttercream and didn’t clump up as I was blending the ingredients. One word of warning, though…ZSweet Powdered is REALLY powdered. It’s very fine, almost like dust and it gets everywhere. When blending it with other ingredients, it’s best to use a closed system like a food processor. I made the mistake of trying to cream it with butter in a bowl and POOF! It went all over me and the counter, with fine wisps rising like smoke out the bowl. I then had to work it into the butter with a rubber spatula before proceeding. So either use a food processor or work it into the other ingredients before you attempt to subject it to whizzing beaters! 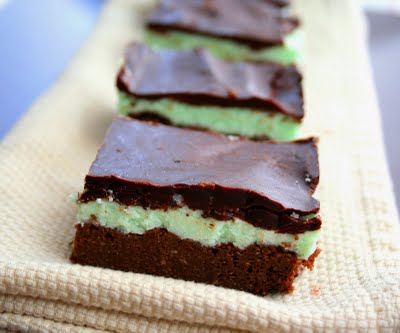 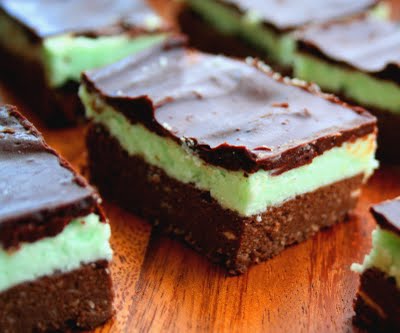 In a small bowl, stir together melted butter and cocoa powder. Set aside.

Add half of almond flour mixture and beat until combined, then repeat with the second half of the almond flour. Spread batter in prepared pan and bake 18 to 22 minutes or until top is just set. Underbake them for a fudgier consistency (about 18 minutes) or bake them fully for a cakier consistency (22 to 24 minutes).

For the ganache, melt butter with powdered erythritol in a small saucepan over low heat, stirring until erythritol is dissolved. Add chocolate and cocoa and continue to stir until chocolate has melted and mixture is smooth. Spread over filling.

Refrigerate bars until topping is set, at lease one hour. Cut into small squares.