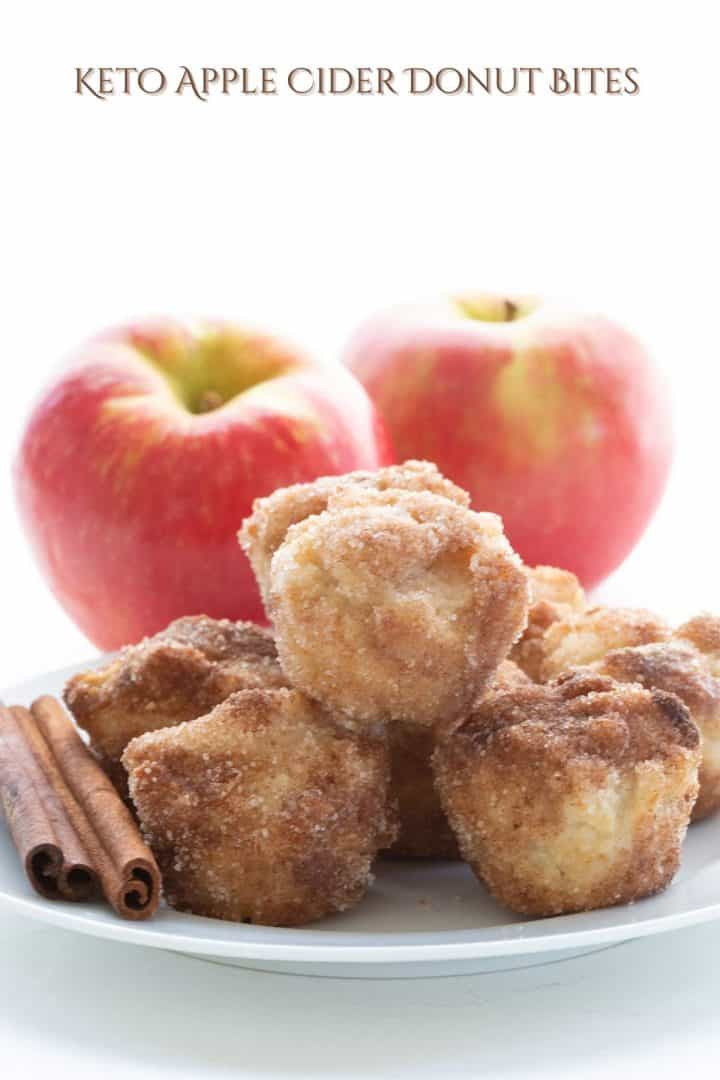 Seriously, who doesn’t love apple cider donuts? But they aren’t exactly low carb and healthy. Now with these keto apple cider donut bites, you can enjoy all the same great flavor in a healthy mini muffin!

I actually have a theory about pick-you-own apple orchards. I love them and I love going apple picking, but these places are the devil for poor low carbers such as myself. They are the snake in the Garden of Eden, tempting you not with apples but with apple cider donuts.

There’s one place in particular that springs to mind as I write this, a place on the North Shore of Massachusetts, not far from Boston. It was a fabulous place, with all the fall themed goodies you could possibly want. Apples, pumpkins, gourds of all kinds, mums in gorgeous browns and oranges, a wonderful farm stand, a petting zoo, and of course miles of orchards with all possible varieties of apples.

It was classic New England autumn entertainment and my kids loved going there. But every time we stepped out of the car after arriving, it hit me. That warm cinnamon-y smell of apple cider donuts. I swear they piped it into the parking lot to lure poor suckers into the store. See, they are the devil! 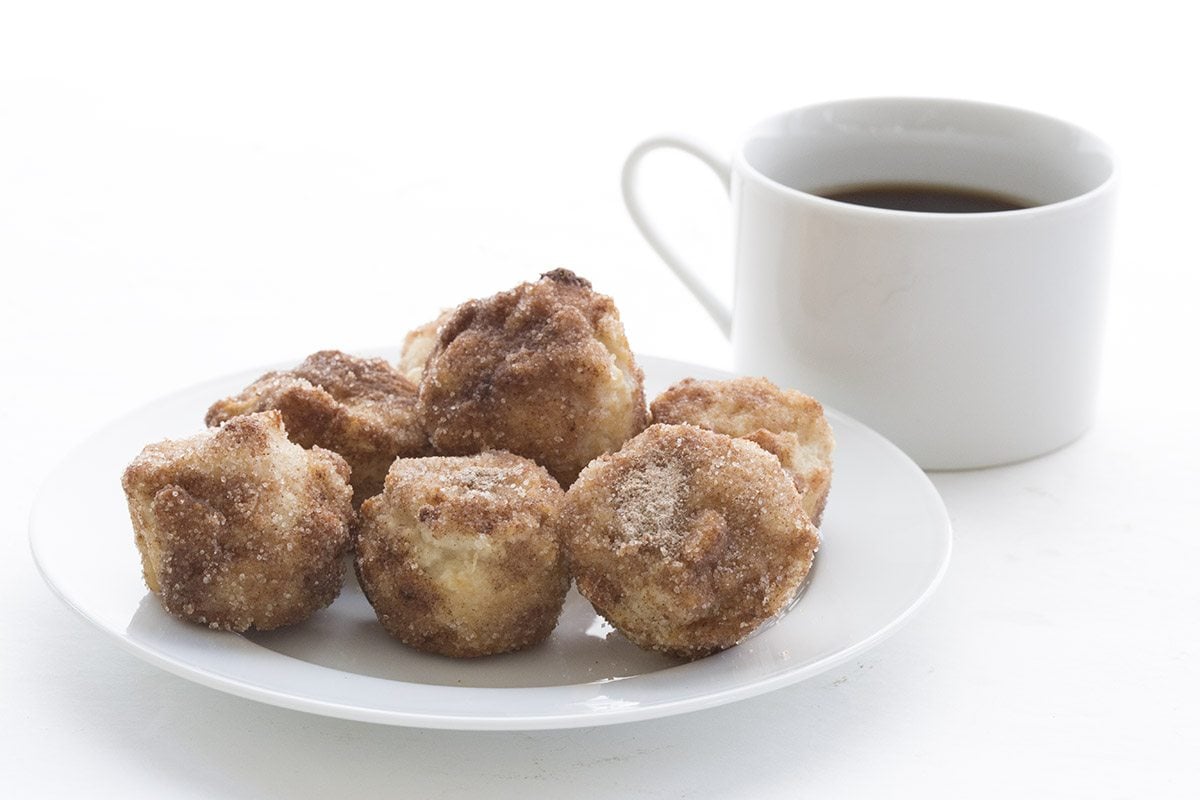 It was torture for this low carb diabetic gal and it was very hard to resist temptation. I confess we usually bought some for the kids and I had a bite (or two). They were really really good but really really not good for me. The fact that I could escape relatively unscathed was testament to my belief in the goodness of the low carb diet.

For ages now, I’ve always wanted to find a way to make a decent low carb approximation of apple cider donuts. But as apple cider is not at all low carb, I wasn’t quite sure how. I am really good at what I do but I can’t magically remove the carbs from apple cider. I can, however, mess around with apple extract and apple cider vinegar to try to get that same tangy apple flavour. 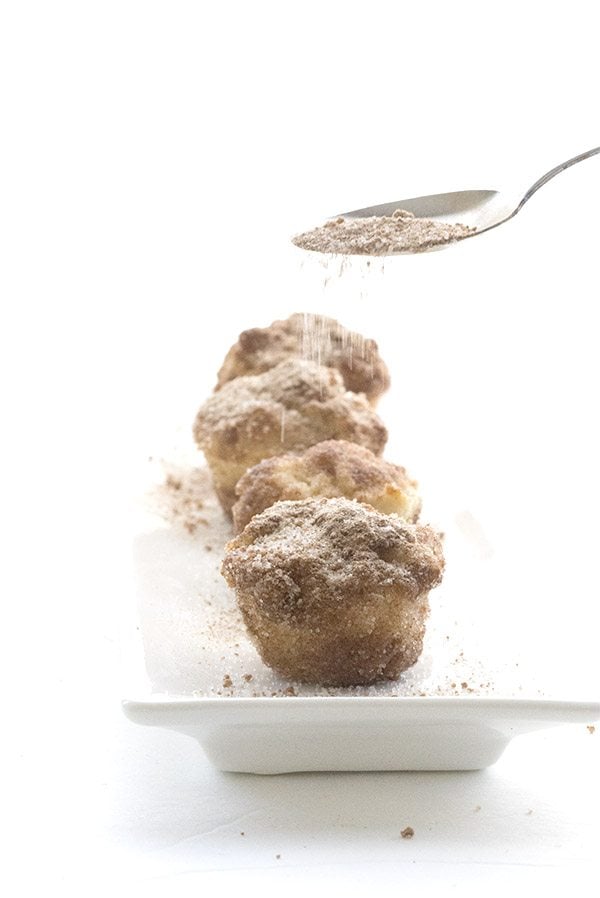 I saw these Apple Cider Donut Muffins on Baked By Rachel and they were so pretty, I decided to give it a go. I made mine in miniature so that they were more like apple cider donut holes.

I have to say, they worked far better than I had anticipated. I felt like the apple cider flavour was just about perfect, a slight sweetness with a bit of a tang. And dipping them in melted butter and rolling in cinnamon “sugar” made them taste like the real thing.

They are a little lumpier than Rachel’s beautifully rounded muffins, but such is the nature of the beast when working with almond flour. For something that satisfies the apple cider donut craving like these do, I will take lumpy donut holes any day! 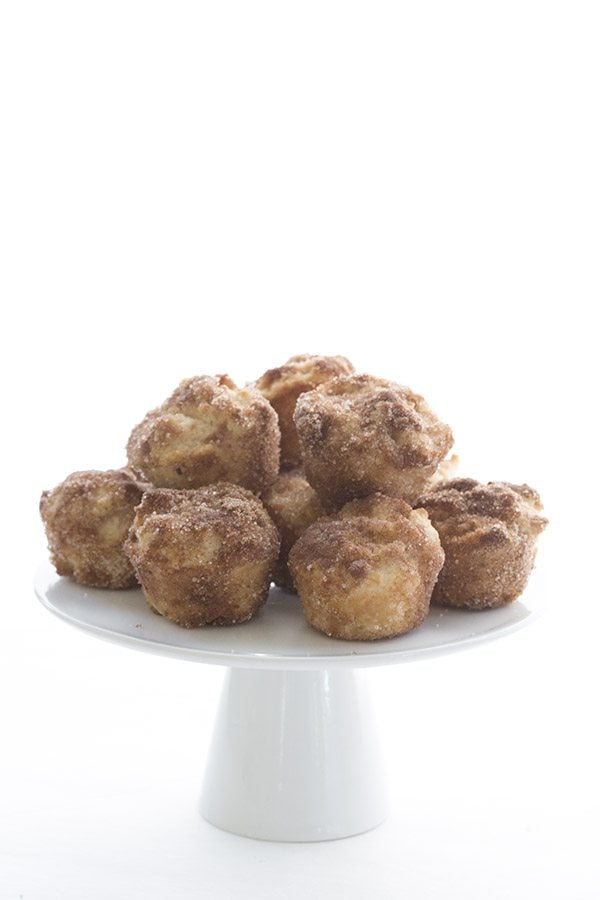 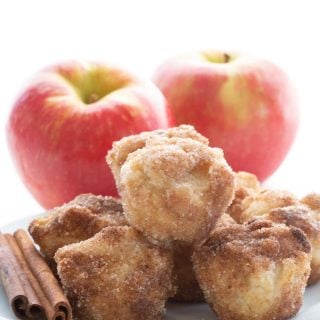