The classic summer treat gets a low carb makeover! These keto s’mores bars are like your best childhood memory in a delicious sugar-free package. This post is sponsored by Bob’s Red Mill. 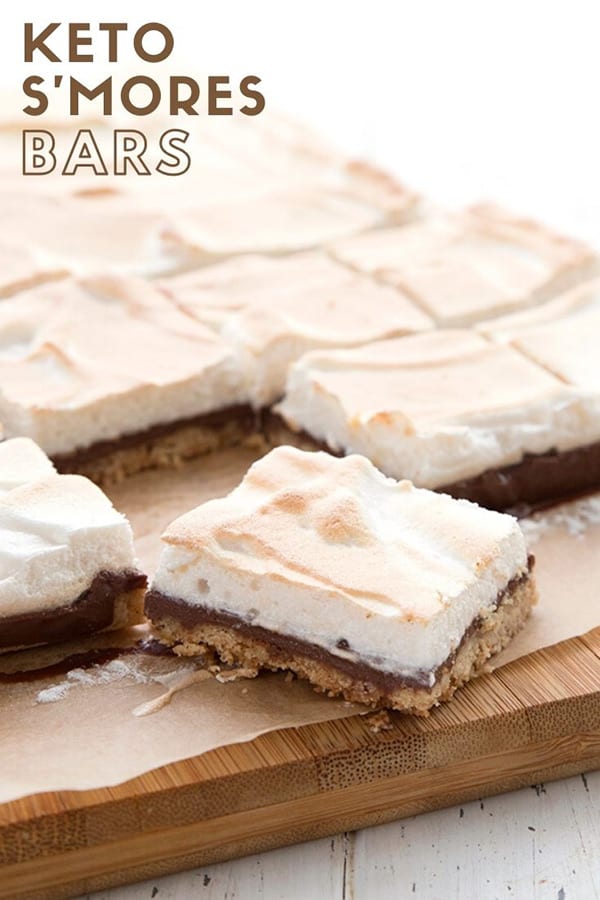 These keto friendly S’mores Bars were first posted back in July of 2016. In honor of National S’mores Day, I decided to give them a bit of an update with some brand new photos. Now they’re gooier and better than ever!

Do you remember your first time? I can remember mine clear as day. It was a beautiful sunny day in rural Ontario and I just knew it would a momentous, life-changing experience. Wait, what? What are you talking about? Why are you squirming in discomfort?

Oh, you thought I was referring to THAT “first time”. Goodness no, that would just be weird. And kind of inappropriate to discuss on a food blog, wouldn’t you say?

I am just referring to the first time you ever had the gooey deliciousness known as S’mores. Come to think of it, having a s’more for the first time was probably as memorable, and possibly more so, than that other “first time”. You know, just between you and me… 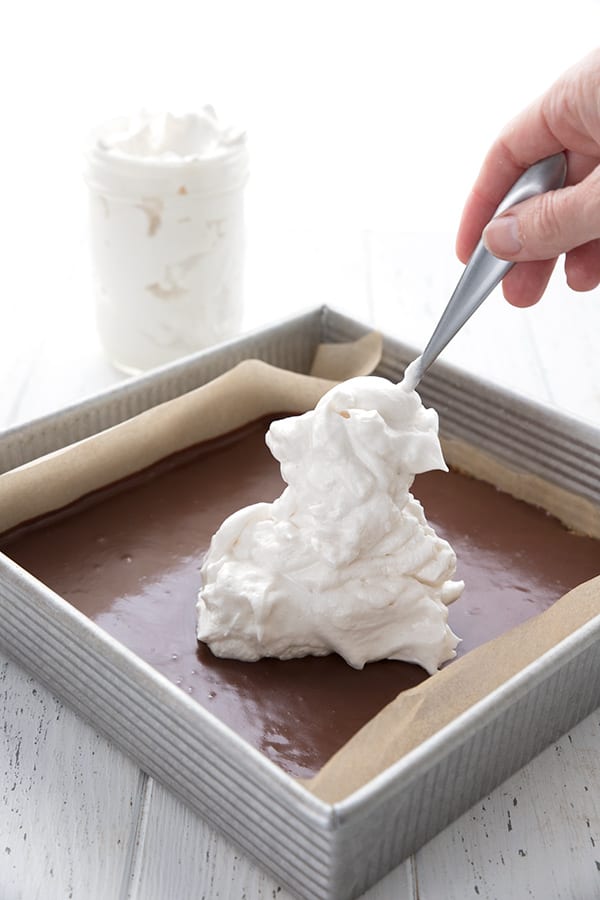 I saw a recipe for sheet pan s’mores in Cooking Light a few weeks ago and it had meringue on top in place of the marshmallows. It wasn’t my magazine so I quickly snapped a photo of the recipe for reference and started scheming on how to make them with low carb ingredients.

The graham cracker crust was easy with the help of my trusty sidekick, Bob’s Red Mill Super-Fine Almond Flour. I already have a great keto graham crackers recipe, and I always make them with Bob’s. But you don’t have to make the full crackers first, you simply use many of the same ingredients.

The filling was simple as well, as I just made a rich chocolate ganache, similar to my keto fudge crumb bars.

It was the topping that gave me a bit of a hard time. I tried the magazine’s method of broiling the meringue and that was a bad, bad, BAD idea. I had it under there for barely a minute when it caught on fire and burned the whole mess. I didn’t eve have it that close to the broiler. I guess sugar-free meringue simply isn’t made to be broiled.

Thankfully, I was able to scrape off the burned meringue topping as one big gloopy piece and I rescued the filling and crust. Phew, because I think I would have cried to see all that glorious stuff go into the garbage.

The next day, I tried again, using the meringue topping from my keto lemon meringue pie. And ended up with lovely light browned peaks and swirls reminiscent of the most perfectly toasted marshmallow.

A delicious childhood memory in a low carb and sugar-free package. What could be better? 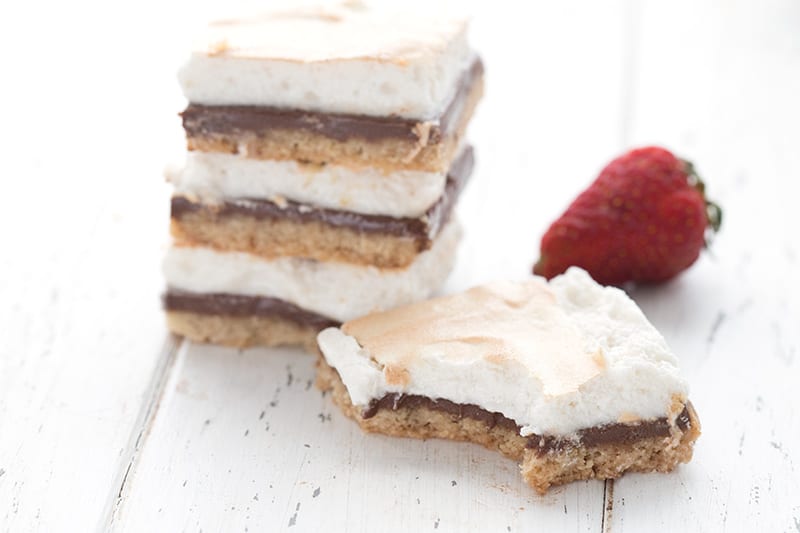 These bars are quite easy, as long as you don’t set your meringue on fire as I did. Now that you know what to watch for, here are some other great tips on getting it right: 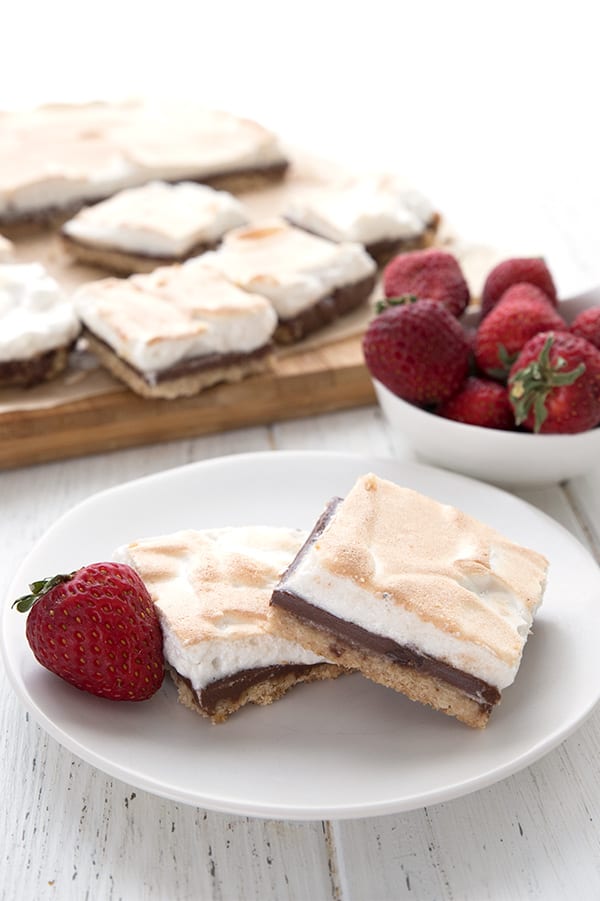 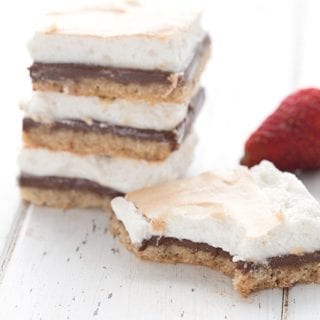