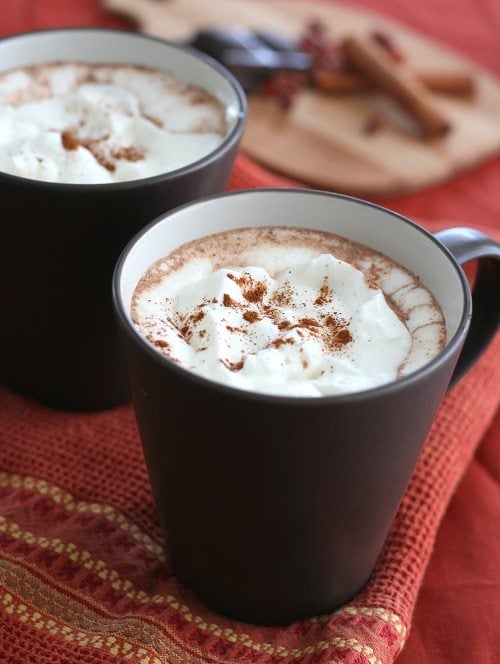 Rich, creamy low carb hot chocolate recipe with a kick of cinnamon and chipotle.  The very thing to warm you up on a cold winter’s day.  It also doubles as a delicious dessert!

As I sit here writing this, it is raining out and there is still a good foot of snow on the ground, so it’s little wonder that I have perfected my sugar-free hot chocolate recipe.  Up until the beginning of February, it seemed like we were getting through this winter relatively unscathed in terms of the white stuff.  We’d had a few dustings here and there, but nothing that required the use of a shovel or a snowblower.  Then the biggest storm of the winter, and one that dumped a good 2+ feet of snow, came sailing in our direction on February 8th.  And the timing was utterly impeccable, as we had a trip to Florida planned for February 9th, where we would see my father for a few days and then head up to Orlando for a few days at Disney World.  Needless to say, we had to scramble to change our plans and unfortunately we ended up going straight to Orlando and  did not get to see my dad at all.  But as it was my kids’ first time at Disney and they were beyond excited, being able to save that portion of the trip was imperative. 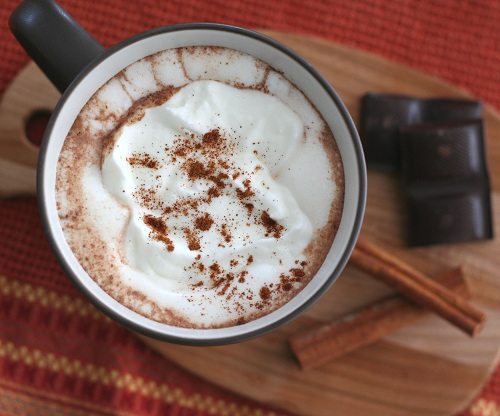 I would be the first to tell you that I am not really a “Disney person”.  As a mother of two girls and a boy, I’ve long been annoyed by what I would term the “pushing” of the Disney Princess on little girls these days, everywhere you turn.  I want my girls to grow up using their own intelligence and resources to make their way in the world, not to rely on their looks (oh, but they ARE beautiful girls!) and wait for a prince to make them happy ever after.  And the classic princess stories still push that theme, although the times are a-changing and many of the more recent movies have strong, interesting heroines (have you seen Brave?  That Merida is a kick in the pants!).  But I’ve always poo-pooed Disney a bit and have been reluctant to make a trip there. 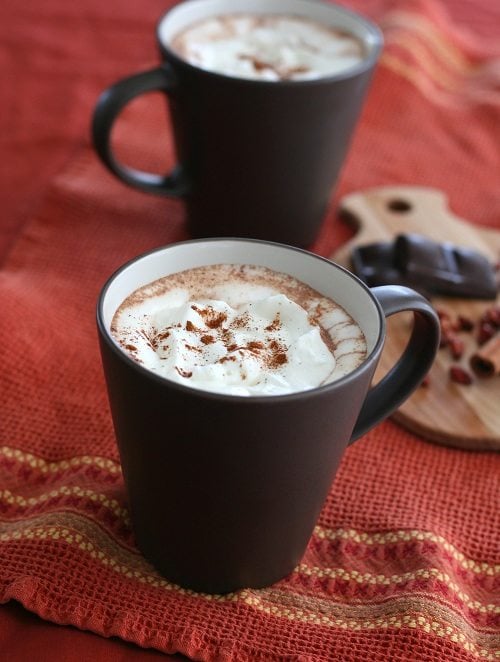 And now I need to eat my words and tell you just how awesome our little trip was and how I wish we’d stayed longer and I can’t wait to go back.  I have to hand it to Disney…in terms of family vacations, they think of just about everything.  From the accommodations to the food choices to the Magic Kingdom itself, they make it easy on families to just relax and enjoy each others’ company.  We had an absolute ball and given the amount of activity we managed to pack in for 3 days, my children held up admirably, with few to no breakdowns despite late nights and missed naps.  And it is delightful to watch your children be as purely happy and excited about everything around them.  I am almost embarrassed to admit that I had tears in my eyes watching the princess parade, because my littlest child was so happy and thought they were doing it all just for her.  She kept yelling out “Cinderella, Cinderella, your castle is over there!”, and “Belle, Belle, this is my Mommy!”.   It near broke my heart, it was so cute.

And then it was back to reality, to cold and snow and we’ve had a little bit of snow every weekend since the big storm.  February has been relentless and I have made countless mugs of hot chocolate to stay warm and cheer myself up.  And a little addition of cinnamon and chipotle powder take it to a whole new level.  This really could be dessert too, because with all that heavy cream, it’s about as rich as chocolate mousse.  With a spicy kick! 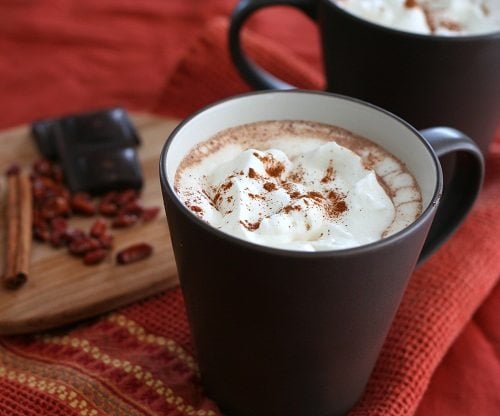