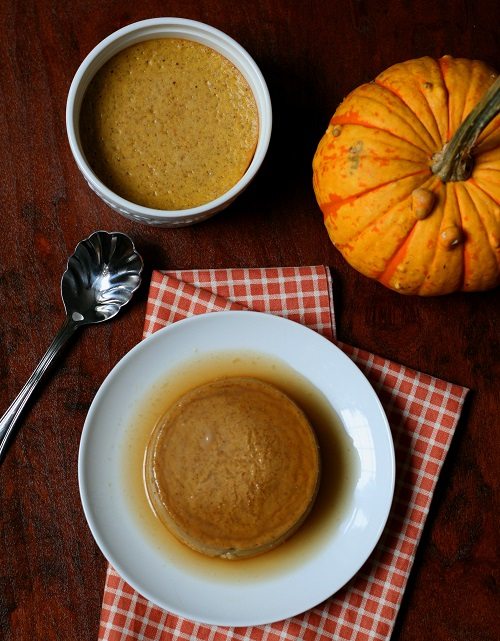 I am about to serve you up five savoury recipes in five days, an unheard-of feat in the history of All Day I Dream About Food.  Rest assured, it’s not going to become standard practice; I just happen to be part of a fun cooking challenge that uses only savoury ingredients and requires 5 recipes in 5 days.  And all of these were created and written before Tim’s accident, thank goodness, so I barely have to lift a finger for them. 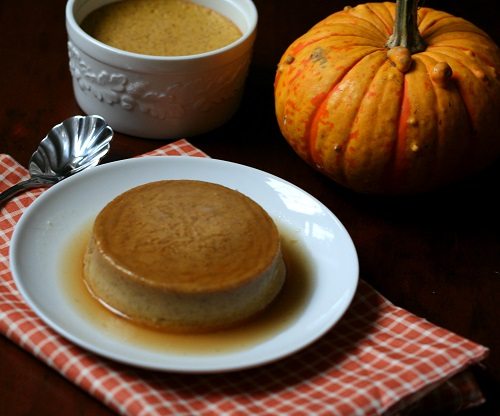 But I didn’t want to flood your inboxes and feeds with savory low carb recipes without first leaving you with some sort of heavenly low carb dessert recipe to balance it out.  Yes, it is another pumpkin recipe, and who knows, it may be my pumpkin swan song for this year.  But I had an open can of pumpkin puree from my low carb Pumpkin Cream Cheese Muffins and some low carb sweetened condensed milk that also needed using.  And I had an anniversary date with my husband in the hospital, so whipping up a pumpkin flan for us to celebrate just seemed like the right thing to do! 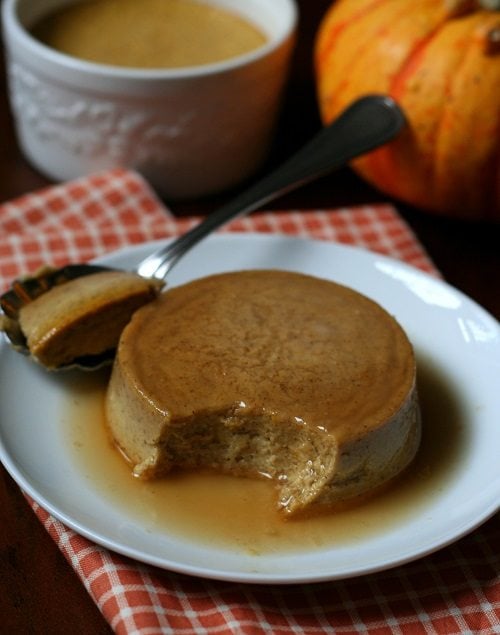 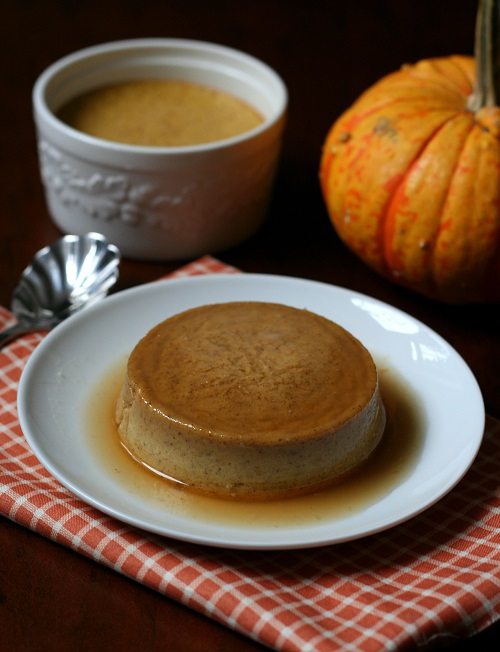 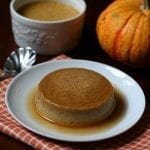 This low carb pumpkin flan might just be the perfect fall dessert. Creamy and rich, with a sweet covering of caramel when you flip it out onto a plate. A great recipe for your low carb holidays.
Course Dessert
Cuisine French
Prep Time 15 minutes
Cook Time 1 hour
Total Time 1 hour 15 minutes
Servings 8 servings
Calories 237kcal