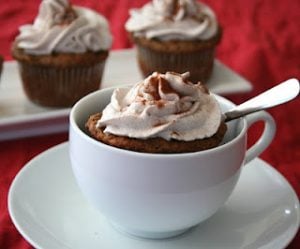 You know, I am really not much of one for Valentine’s Day. Call me a grinch, or whatever the term might be on the holiday of love, but it’s not one I’ve ever paid much attention to. I don’t even remember getting all that fussed about it as a teenager, when the throes of love were so much more intense and all-consuming than they are as an adult. This may make me a bad blogger, since food bloggers love to celebrate any and every holiday where they can create custom recipes for their readers. I try to keep up, but I am fairly certain I fail miserably. I know that it definitely makes me a bad mother. When I pick my kids up at school and their Valentine boxes are stuffed with homemade treats from classmates, whereas my kids just handed out paper cards, my cheeks burn with shame. I cook and bake for a living, after all, I should be the one out-doing them all on V-day!

Sometimes we have to just accept who we are. This is me, the Valentine’s Day Grinch, love me for who I am! But this year, I did have a recipe in mind to share with you. I suppose it’s not a Valentine’s Day themed recipe per se. I do confess, when I thought of a cappuccino flavoured cupcake, I did so with the intention that it be presented as a V-day treat. The warm, cinnamon-iness of the recipe just screams Valentine’s to me. And I love coffee, and anything to do with coffee, and Valentine’s Day is about love, so it seemed apropos. Am I stretching a bit here? Perhaps. Just go with it. Humour me.

I had some thinking to do as to how I wanted to recreate the flavours of the classic coffee shop treat in cupcake form. I knew I would modify my favourite vanilla cake recipe with some coffee flavour. But how to mimic the creaminess that comes with a real cappuccino? And what about that hint of cinnamon from the light sprinkling on the top? Would a buttercream frosting be to heavy for something that was supposed to be a frothy coffee confection? In the end, I settled for a coffee-flavoured cupcake topped with sweet cinnamon whipped cream frosting. 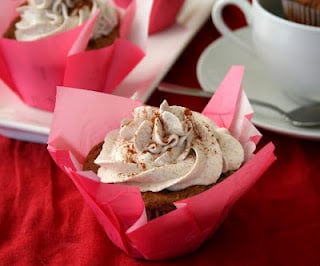 The Results: A cappuccino in cupcake form! These really are delightful. And I am very glad I went with a whipped cream frosting, as the whole effect had an airiness that was more reminiscent of the coffee drink. These were a hit with all members of the family, which surprised me since my son claims he doesn’t like whipped cream. I guess he does when it’s sweetened and tastes like cinnamon!

I do think these make a lovely Valentine’s dessert. They aren’t particularly heavy, so if you don’t want that overly-full, overly-rich feeling that comes with chocolate, these are a nice alternative. I wish everyone much love on Valentine’s Day! 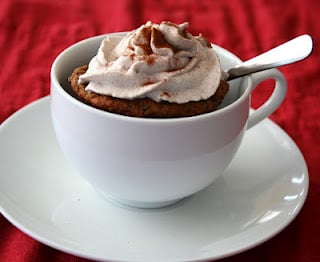 For the cupcakes, preheat oven to 325 and line a muffin tin with paper liners.

In a small bowl, combine almond milk and instant coffee and stir until coffee is dissolved. Set aside.

In a large bowl, beat yogurt and butter together until smooth. Beat in eggs, stevia and vanilla until well mixed. Beat in almond flour mixture, then almond milk/coffee mixture until batter is well combined.

Divide batter between prepared muffin tins and bake 23 to 25 minutes or until tops are puffed and set, and a tester inserted in the center comes out clean. Let cool completely in pan.

Garnish with a sprinkle of cinnamon or cocoa powder.