Moist cinnamon apple coffee cake drizzled with homemade low carb caramel sauce. Everything you love about fall in one recipe! 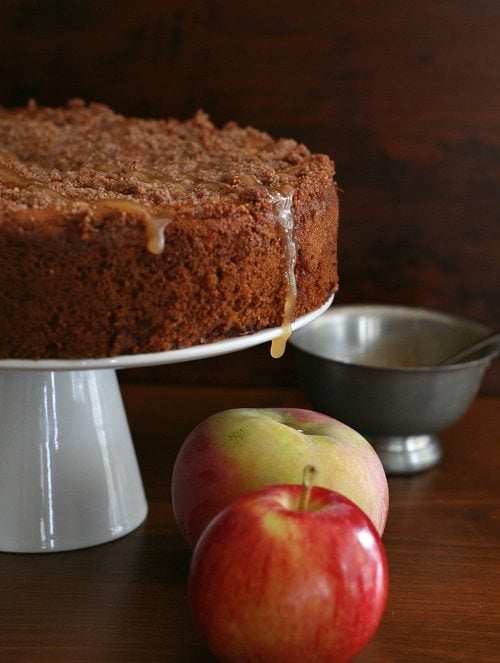 Okay, so today is supposed to be a Makeover Monday post but already I am getting off track and straying from the schedule.  And here we are, only the second week in!  Welcome to the world of Carolyn, disorganized blogger and hater of all things routine.  That girl, she can’t stick to a schedule if her life depended on it!  Although, truth be told, this one is due to circumstances beyond my control.  I have a great makeover recipe for you, but because it is part of larger campaign, it’s being pushed to tomorrow or Wednesday.  And so, Makeover Monday becomes Makeover Tuesday or Wednesday.  Doesn’t quite have the same ring to it, does it? 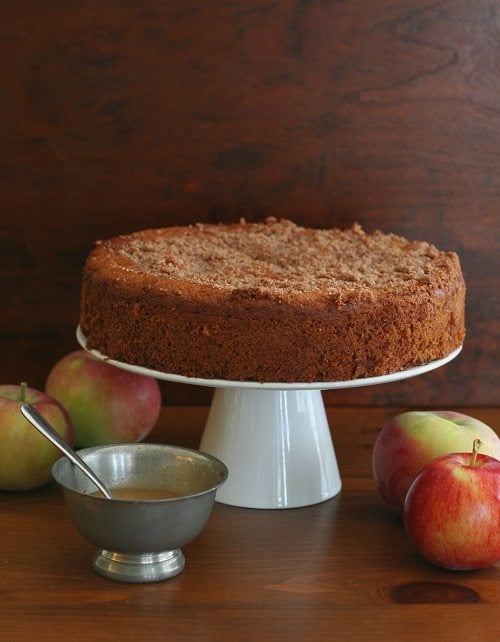 However, to appease you, I offer up this delectable low carb Caramel Apple Coffee Cake.  Apple season is in full swing here in New England, and apple-picking is one of my favourite things about fall.  I have always loved apples and back in the day when I had a fully working pancreas, I ate at least one a day.  Apples are surprisingly high carb, so I now limit myself to half an apple here aor there. Or I eat one before I go for a run or work out, since I will burn the sugars up quickly anyway.  But they still rank among my favourite fruits and there are usually plenty of apples in our fruit drawer.  They’re infinitely portable and great for kids’ lunches, since they won’t smoosh like softer fruit. 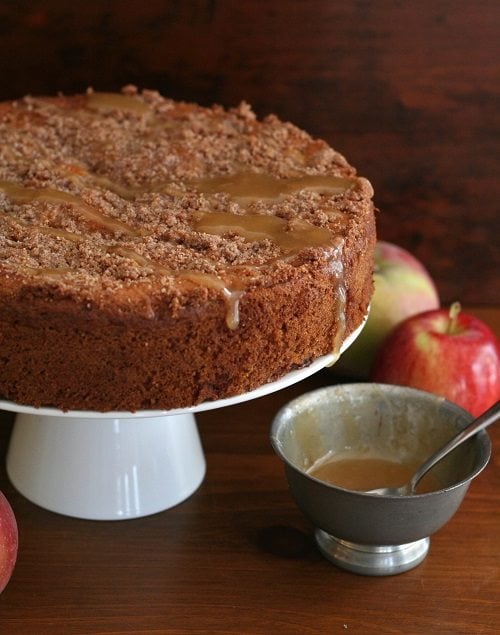 Even if I couldn’t eat apples at all, I’d probably still go apple-picking every fall.  It’s a tradition in these parts and it was when I was growing up in Toronto too.  Getting out of the city and into the apple orchards on a warm, sunny fall day makes the world seem like a friendlier place.  And those sun-warmed apples picked right off the tree…truth be told, I’d run a whole marathon, just to be able to eat one.  That crisp flesh, crunching under your teeth, releasing the tangy juice and sweetness onto your tongue.  Yep, that’s worth some serious mileage in my books! 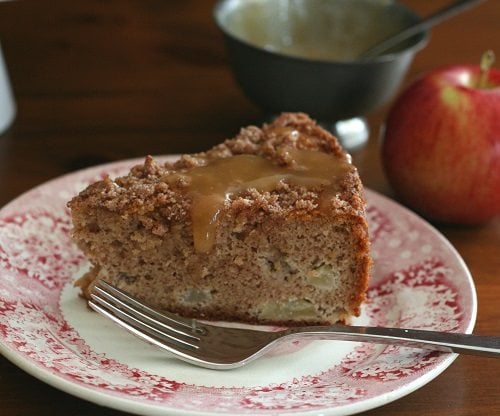 This recipe idea has been floating around in my brain ever since the kids went back to school, and I could hardly wait until we went apple-picking to make it.  I knew I’d have to go light on the actual apple in the cake, to keep the carb count down.  But I helped the flavour along a bit with some apple flavouring in the cake batter.  Then I swirled in some homemade low carb caramel sauce into the batter, and sprinkled the top with a cinnamon crumb mixture halfway through baking.  And then a drizzle of some more low carb caramel sauce to finish it off.

Now that’s what I love about fall! 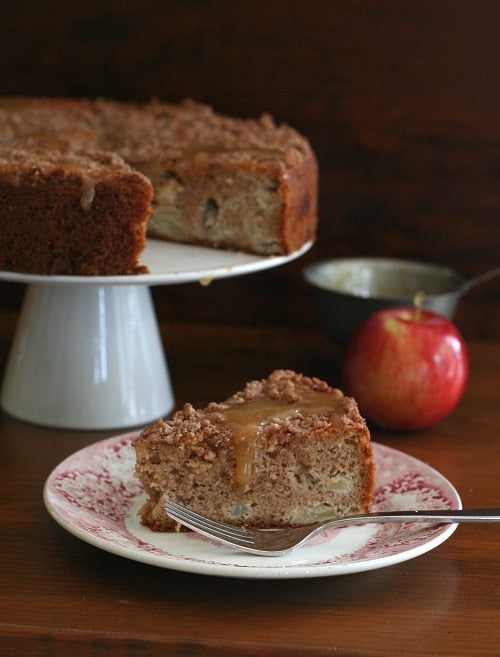 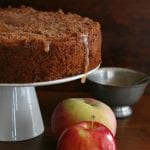 Moist cinnamon apple coffee cake drizzled with homemade low carb caramel sauce. Everything you love about fall in one recipe! Gluten-free and grain-free.