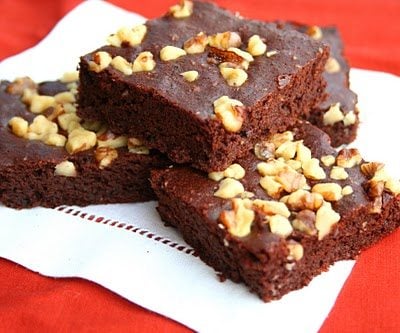 Food trends are an interesting thing to watch, how a flavour or a particular pairing can become all the rage and be everywhere you turn, and then be passe by year’s end. Not being all that trendy myself, I am usually a few years behind. The popularity of bacon in sweet foods still has me squirming slightly, as I am not quite ready to accept bacon as a legitimate presence at the dessert table. I’ve tried it in chocolate, but I am just not quite sold. I don’t dare dismiss it entirely, however, as I’ve been known to capitulate on these sorts of things. Just as I did with another pairing that horrified me at first: chocolate and chili. Now I can’t seem to get enough of it.

I first tasted chocolate and chili together about ten years ago, before it became a real trend. It was up in Bar Harbor, ME, at a little burrito joint that my sister-in-law loved. The only sweets available were Jalapeno Brownies, and I wasn’t about to pass up dessert just because someone had the gall to put jalapenos in it. I remember being surprised and delighted by the combination of sweet followed by a kick of heat. Within a few years, it had become a full-on trend and chocolate bars with chili were everywhere; my local Trader Joe’s carried at least three different kinds. But by the very next year, it seemed to have fallen out of favour, and I could no longer find them so readily. I, however, have stayed in love with the pairing and have long been planning to make a chili-flavoured brownie.

In one of my many internet searches, I came across a few recipes for brownies flavoured with cinnamon chipotle and I knew I needed to try to create a low carb version. I actually tried it during the fall, with a coconut flour brownie recipe that was an utter failure. And by that, I don’t mean that they weren’t very good, I mean that they weren’t ANY good. Tossed the whole lot of them. But I wasn’t about to give up. I came across an almond flour brownie recipe on the Bob’s Red Mill site the other day and I thought it might be a good candidate for my second attempt. 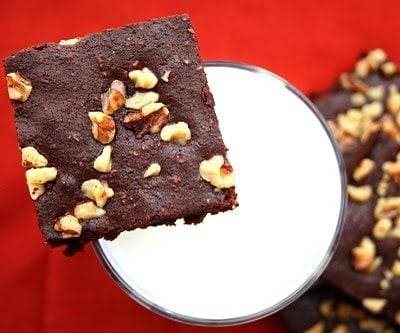 The Results: Chipotle is made for chocolate, with its smoky intensity. You only taste sweet at first, like a regular brownie, but then you begin to feel that slow burn of heat. It’s a winning combination. The cinnamon doesn’t stand out much but it complements both the chocolate and the chipotle, so I think something would be missing if it wasn’t there. The texture of these brownies is more cakey than I’d hoped, but it’s still really, really good. I don’t know if erythritol allows for truly fudgey brownies, but I am on a mission to find out and will be sure to let you all know if I do. But I’d make these brownies again just as they were, I really enjoyed every bite. 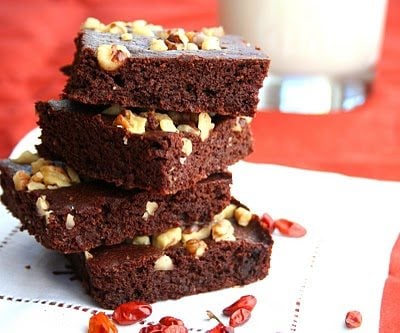 Combine butter and cocoa powder in a medium bowl and stir until thoroughly combined. Add eggs, erythritol, cream and vanilla, and beat until smooth.

Spread batter evenly in prepared pan and top with walnuts. Bake 18-24 minutes or until edges are browned and top is firm to the touch. Let cool in pan, then cut into squares.

Serves 16. Each brownie has a total of 6.4g of carbs, but only 3.4g if you subtract erythritol.