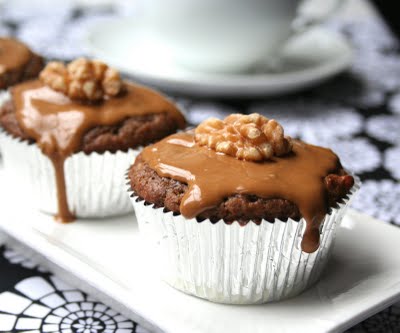 I am a dyed-in-the-wool, unrepentant coffee drinker who comes from a long line of dyed-in-the-wool, unrepentant coffee drinkers. I am one of those people who isn’t fully human until she’s had a cup of coffee in the morning. Even my children, as young as they are, know to stay out of my way until I’ve had at least a few sips of coffee. Sure, it’s an addiction of sorts, but I also love it for the ritual, the sputter of the coffee-maker coming to life, the warmth of the mug in my hands, the deep black-brown turning to a lovely light tan with the addition of cream. There are many things in life I could give up without so much as a backward glance, but coffee isn’t one of them. Asking me to give up coffee would be like asking me to give up my children…although depending on their behaviour at any given moment, my children might be the easier thing to give up. 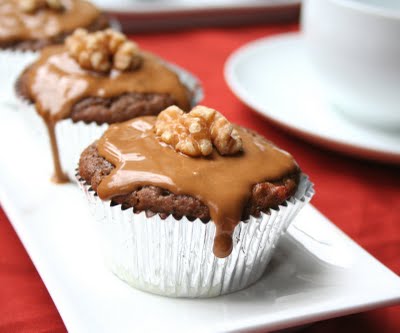 I’ve found that many people who don’t drink coffee often enjoy coffee-flavoured foods. My husband is one of these people. He loves coffee ice cream, baked goods with a coffee flavour and he even loves the smell of freshly-ground coffee. He just doesn’t like the actual drink. This seems strange to me, but as I too love coffee-flavoured things, I try to capitalize on this fairly frequently. If I could secretly get him addicted to caffeine, well, let’s just say I wouldn’t be unhappy with that. After all, addiction loves company and I wouldn’t mind having a partner in crime. 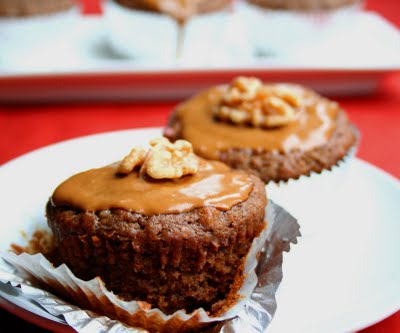 I discovered a few months ago that coffee and walnuts go together very nicely, in my Walnut Torte with Coffee Whipped Cream. So when I needed a grab-and-go breakfast option, muffins with this flavour-combination came to mind. And then, because I find it hard to just go with simple things when it comes to baking, I thought I would gussy it up with some coffee-flavoured glaze. Ground walnuts and almond flour formed the basis of my muffins, with some chopped, toasted walnuts for extra texture and crunch. A few tablespoons of instant coffee added the flavour I adore so much. And the glaze was so easy, just mix a little powdered sweetener with coffee and there you have it. 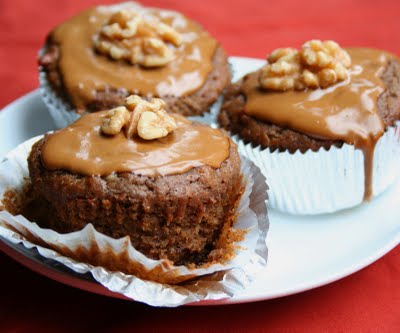 The Results: Some might think that I was a little heavy-handed on the coffee flavouring here, but I adore these. It’s like coffee in solid form, with a walnutty aftertaste. You could always cut back on the instant coffee, if you want a less in-you-face coffee taste (but why you would want to is beyond me!). These muffins were wonderfully moist from the sour cream. Quite honestly, they were just as good without the glaze as with, but I just like the over-the-top touch of adding glaze. 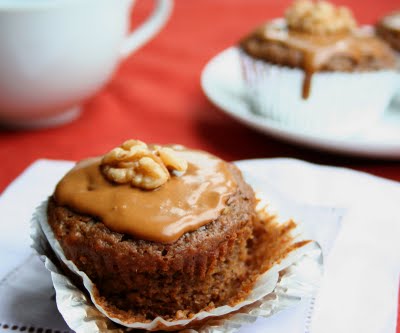 Divide batter among prepared muffin cups and bake 18-20 minutes, or until set and a tester inserted in center comes out clean. Let cool in pan.

For the glaze, whisk together powdered erythritol or xylitol and coffee. Drizzle over muffins.