Creamy peanut butter filling becomes a rich frozen treat in these low carb peanut butter pies.  A chocolate crust made with coconut oil holds it all together. 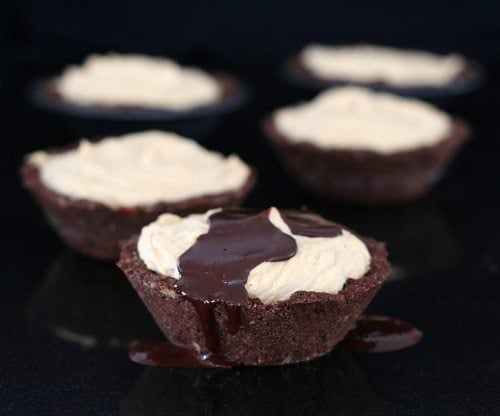 Chocolate peanut butter pie.  You really can’t go wrong, can you?  Apparently I think so anyway, since I’ve made a similar recipe before, my Chocolate Peanut Butter Mousse Tarts.  I’ve been blogging 3 years,  and normally I would think that’s hardly enough time to trot out the same old recipes under new guises.  But here’s the thing:  when it comes to chocolate and peanut butter, there is no such thing as too much or too often.  So when the idea to make a frozen version popped into my head one day, I knew it was worthy of pursuing.

Then I decided to really shake it up a bit and make both the crust and the chocolate sauce with Kelapo coconut oil.  I needed a crust that would hold up in the freezer without getting rock hard and too hard to bite, so I thought that coconut oil would keep the crust more tender.  And I know that using coconut oil in chocolate sauce makes it something a little like Magic Shell, which I figured would be rather cool when poured over frozen peanut butter filling upon serving.  My original idea was to make one large pie, but then I remembered these sweet little pie pans I got from Pampered Chef and thought they would make for a fun way to serve.  I will say, though, that the individual pie pans are not really individual, when filled with low carb peanut butter pie.  These little guys are very rich, so each one serves 2 people.  You could make them into one large pie, or make them into smaller pies in a muffin tin. 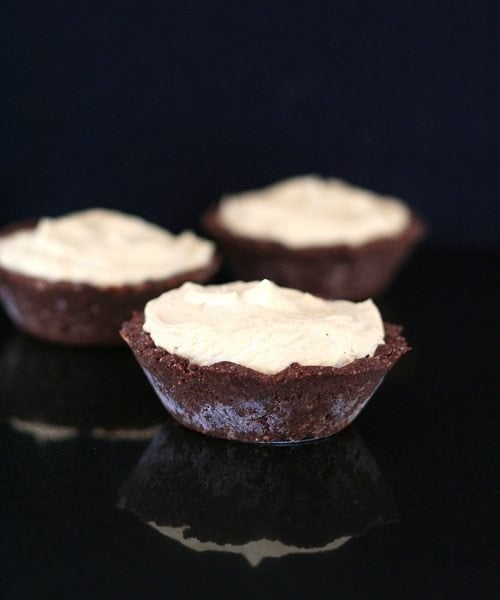 And finally, I put  my wretched plain black countertops to good use!  I had fun photographing these frozen peanut butter pies by getting the reflection in the counter.  My counters drive me mad, they show every little crumb and streak and look dirty seconds after being wiped clean.  Should you ever decided to redo your kitchen, please, PLEASE don’t do plain black counters.  Still, they were useful in this single instance of getting a pretty reflection! 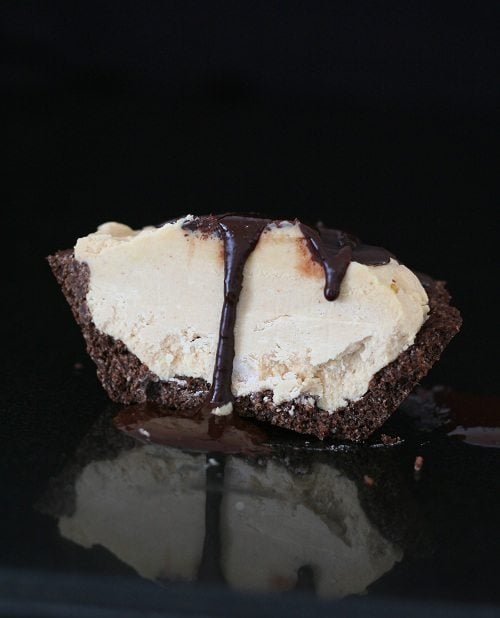 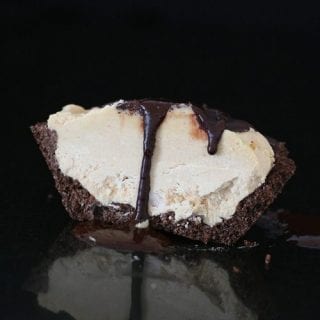