This amazing low carb chocolate cake has a creamy filling and a sugar-free chocolate glaze. Just like the Ding Dongs you used to love as a kid, but now keto friendly! 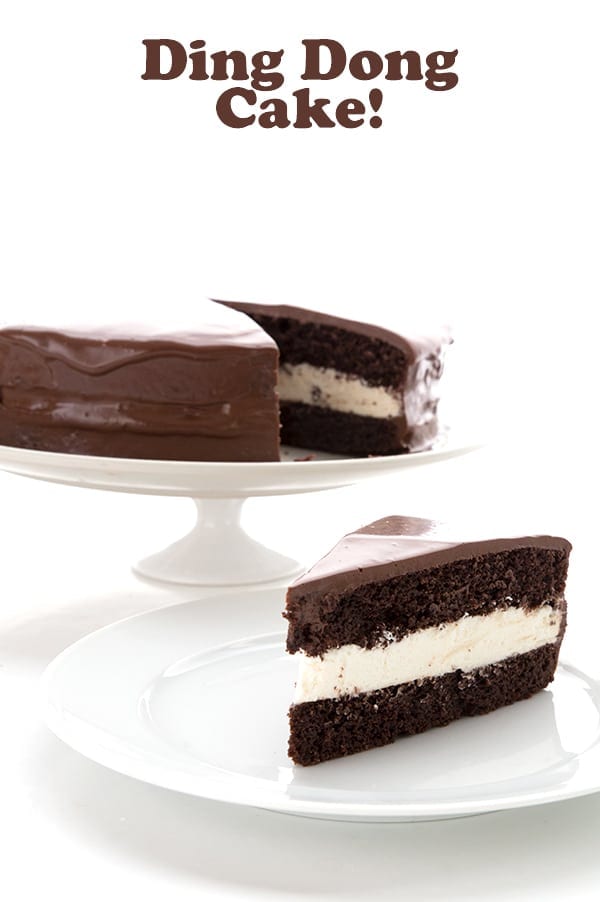 I am so excited to debut this low carb Ding Dong Cake recipe. I’ve been sitting on this one for a while, so eager to share it with you. Okay, not actually SITTING on the cake, because then it would be a little smooshed. I promise I did not squash it, as that would be very very sad. But I have been holding on to the recipe for over two months, since this is a keto chocolate cake with a secret and I can finally spill the beans.

This cake is made from a mix!!! You may have already seen and heard that Swerve Sweetener has come out with a line of bake mixes. It is true and I’ve had the distinct honour of testing them out and creating recipes with them. And this is one of my favorite creations thus far. 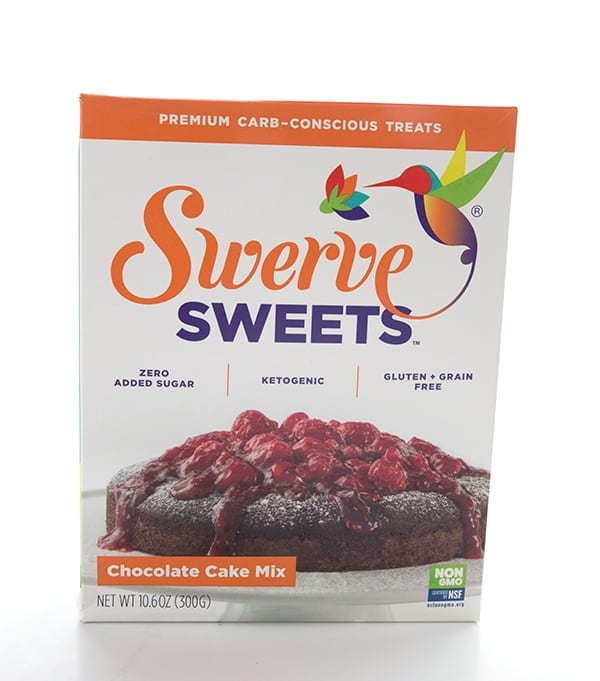 Now you know me, I am a always-bake-from-scratch kind of girl, and I always will be. So I have to be very frank and say I was a little hesitant to work with bake mixes. But then I made up the Swerve Chocolate Cake Mix and I was completely blown away. The texture was perfect, the crumb was tender and moist, and the chocolate flavor was deep and rich. They were so good I may have cursed a few times, because they are as good as some of my homemade low carb chocolate cake recipes. Dang it!

Totally messing with my world view to have a boxed cake be as good as cake from scratch.

Now, I know there has been a little hubbub about whether these bake mixes are truly ketogenic, because they contain a little tapioca starch. I like to tackle touchy subjects head on so let’s discuss this openly. Or rather, let me tell you my well-read and rather informed “expert” opinion on the subject. Take it or leave it, as you wish. 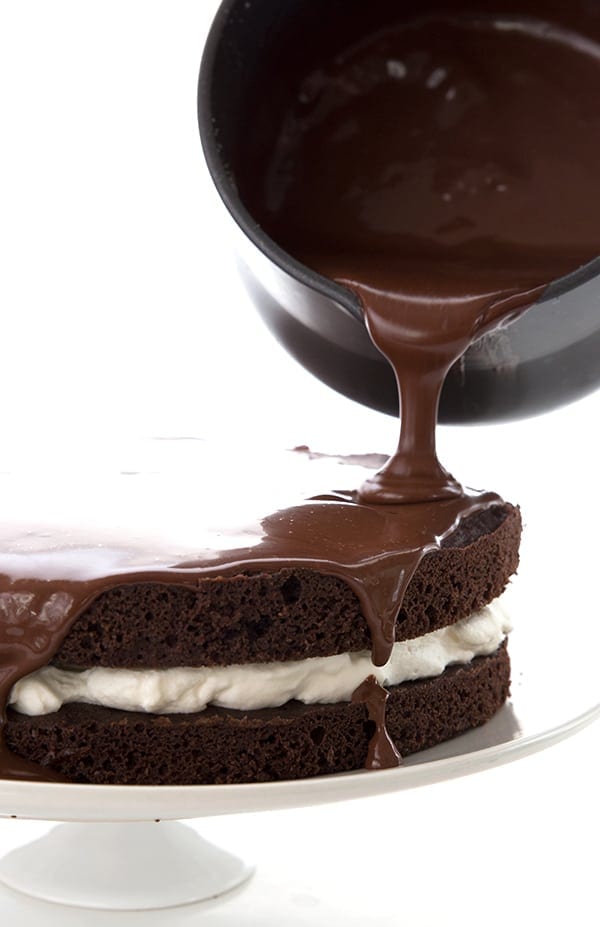 What is The Ketogenic Diet?

Definition: A diet that promotes the metabolic formation of ketones through carbohydrate restriction, thereby requiring the body to use fat as its primary source of energy.

A keto diet is any diet that keeps you in a state of ketosis.

That’s the keto diet in its simplest form. But the reality is that the term “keto diet” means many things to many different people. Everyone has their own definition, tailored to their own personal goals and what works for their body and their lifestyle. Having been in this funky world of keto for a while now, and seeing it from the perspective of a great many people, I’ve come to the realization that there is no single right way to keto. Let me say that again:

There is no single right way to do the keto diet.

There, did I say that loudly enough for you? 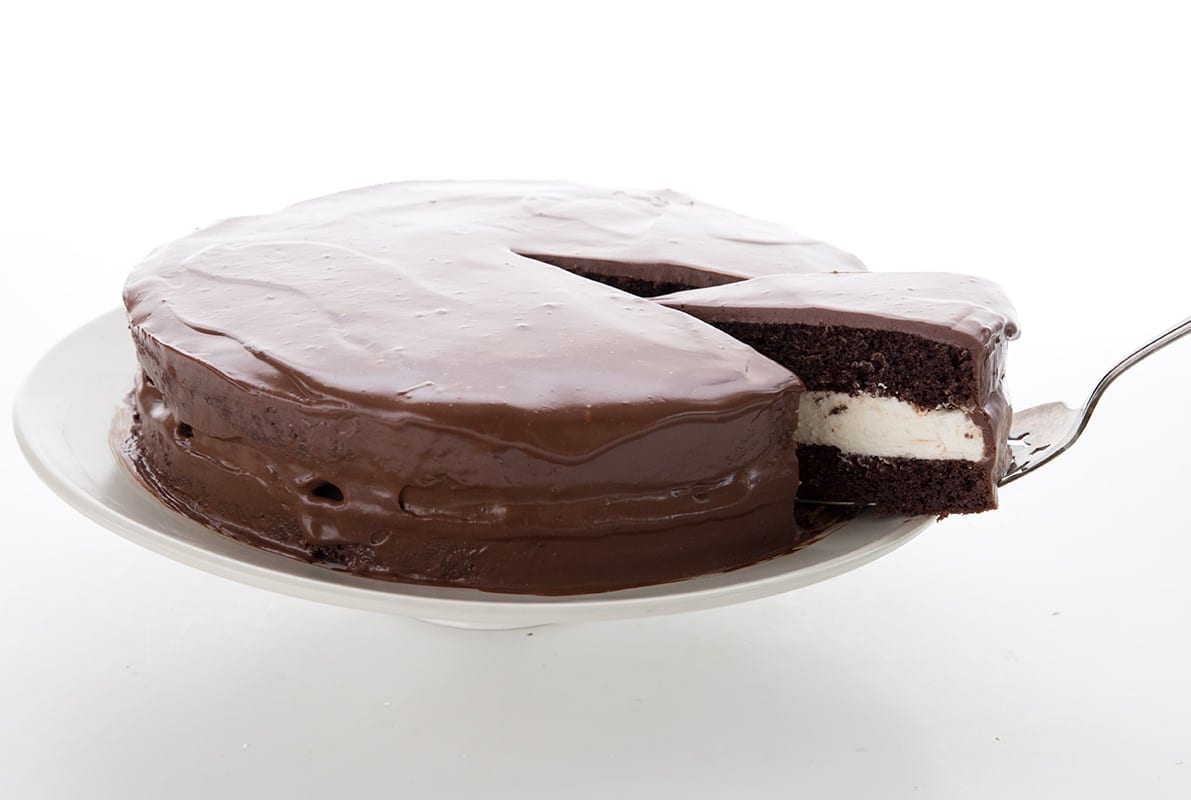 But keto diet requirements can vary so much, person to person, that there is simply no one-size-fits-all approach. A Type 1 diabetic will have different goals than someone trying to lose weight. A keto bodybuilder will have very different protein needs than a newbie keto-er who isn’t particularly active. And many women, particularly those who are pre- and post-menopause, often find that they can’t load up on as much fat as their husbands or they hit a stall.

If you choose to follow a specific version of the keto diet, that’s cool. It’s your life, your body, your goals and I applaud you for taking charge of your health. It matters very little whether you and I do it exactly the same way. What matters most is that we support each other and cheer each other on.

There really is no overarching set of rules for The Ketogenic Diet, as defined above. It’s simply a matter of eating a diet low enough in carbohydrates and high enough in fat to get your body creating and using ketones as its primary fuel. But on the whole, we all try to avoid certain foods, such as grains, sugars, and starches.

I’ve always been of the mind that if a tiny bit of some “non-keto” ingredient helps the taste, texture, or appearance of my baked goods and doesn’t raise the carb count appreciably, the end result is still keto. If I can eat a serving and stay in ketosis, it’s keto. While I generally no longer use any starches at all in my baking, I have been known to use a teaspoon or two of Yacon syrup, molasses or even coconut sugar. If the final goodies are low in carbs, I’m content.

So do I think that the new Swerve Cake Mixes are keto friendly? Yes, on the whole I do. It’s up to you to decide whether it fits your keto diet or not. 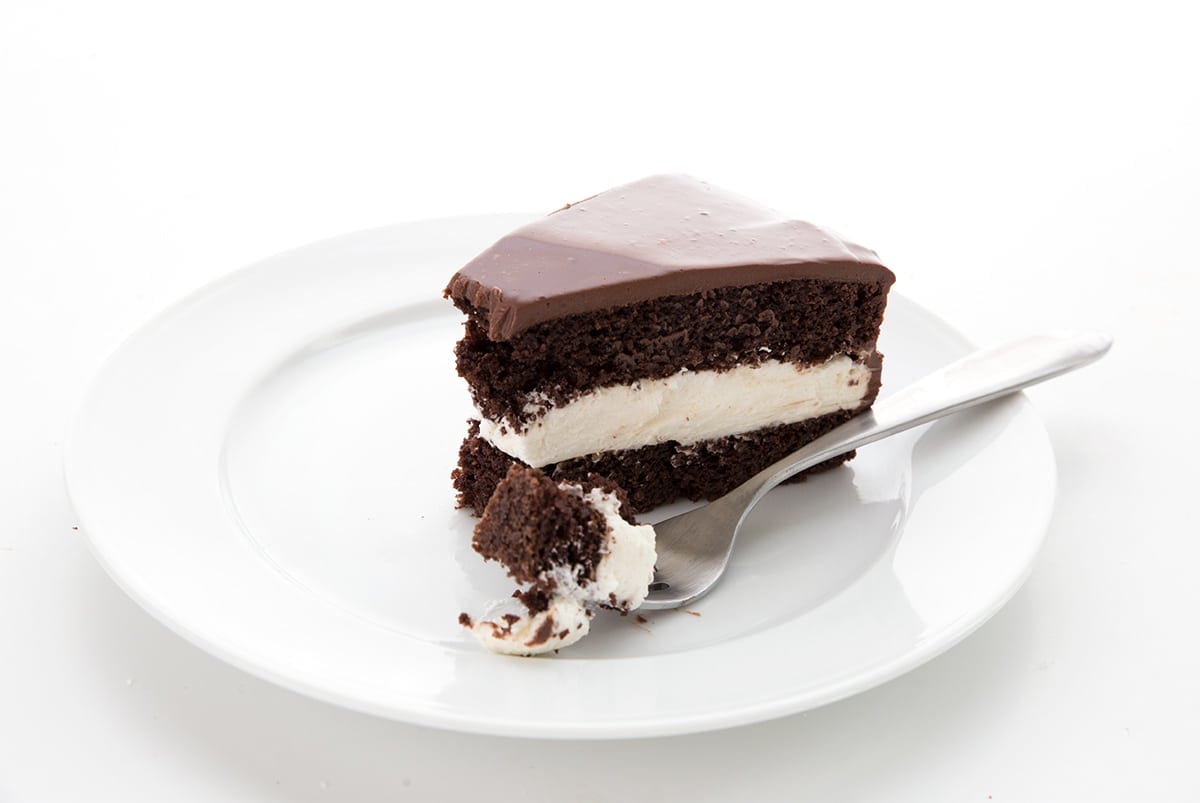 If you prefer to make this same cake with one of my chocolate cake recipes, try using the cake batter from my Low Carb Chocolate Cupcakes. 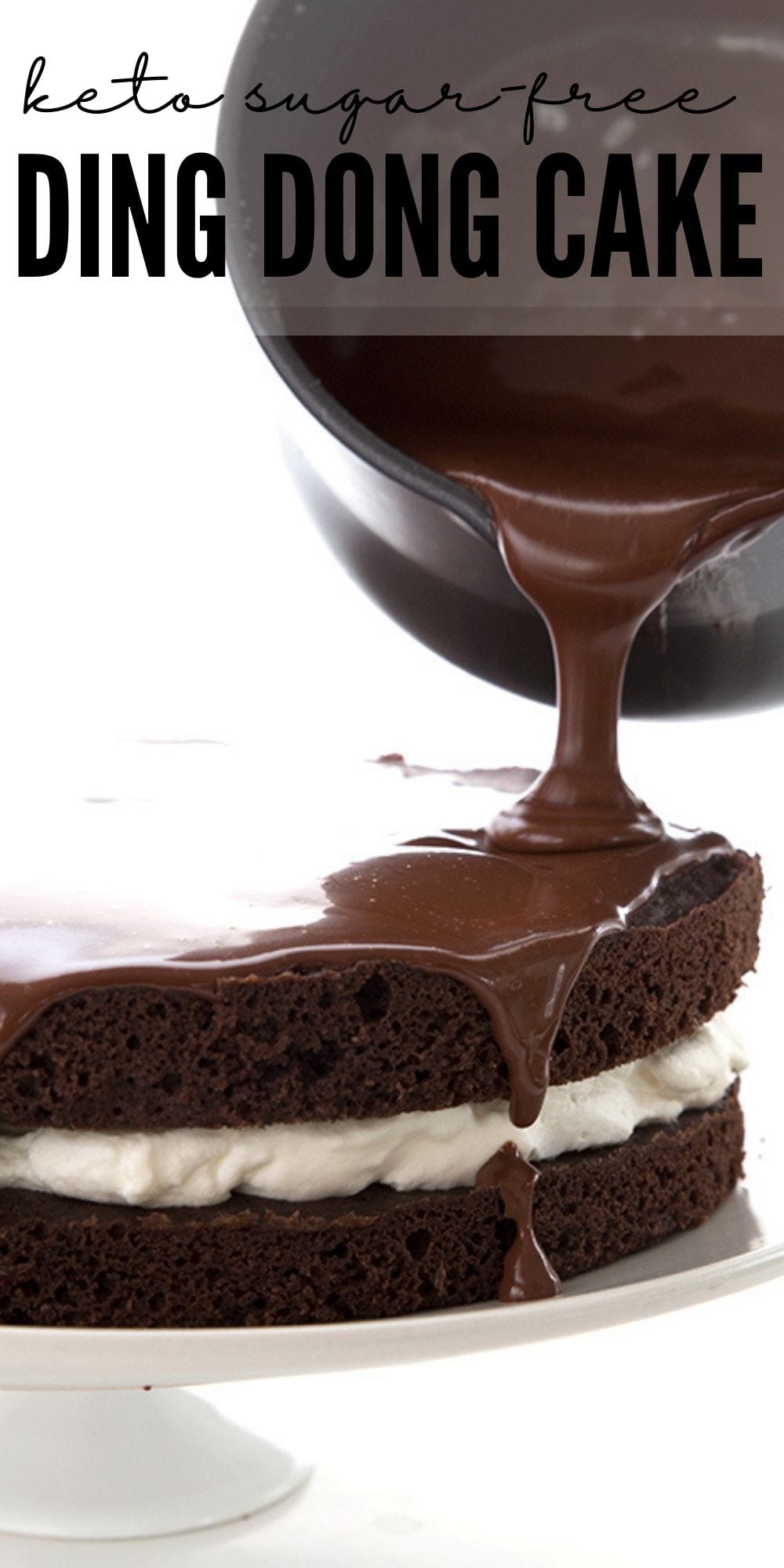