The classic Pineapple Upside Down Cake made over into a low carb, gluten-free treat. Keeping the pineapple to a minimum and using pineapple extract helps you get all the flavor with fewer carbs. 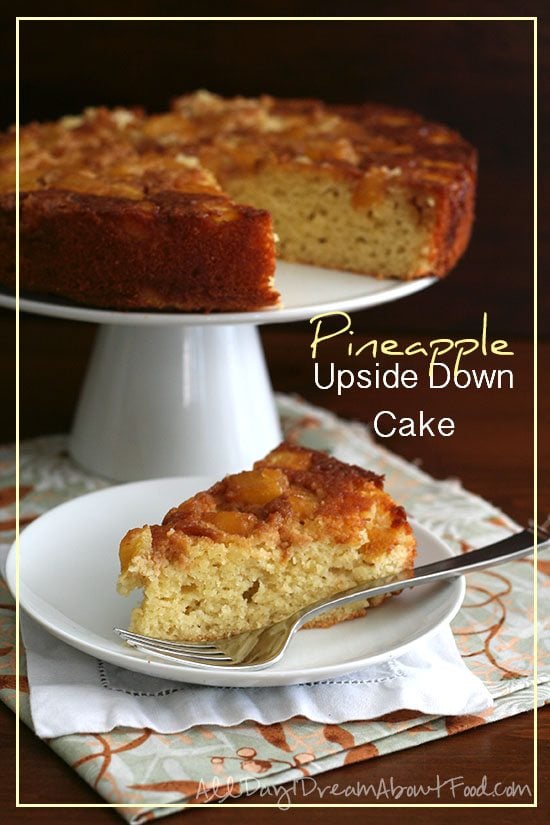 I have many of blogger friends who are pet-owners, and their pets seem to be perpetually photo-bombing their food photography. They will post a photo on Facebook or Instagram in which the curious and hungry nose of a dog or a cat will have made its way into the shot, inching toward the delectable food and ruining the picture. And possibly ruining the food, if the blogger isn’t fast enough to catch the creature. Up until a few weeks ago, I thought I was immune to this issue. My cat, a large energetic male named Gryffin, has heretofore steered clear of my food creations and my photography set ups. He is a curious little monkey and pokes his face into many places where it doesn’t belong, but he seemed to observe my photography shenanigans with disdain. 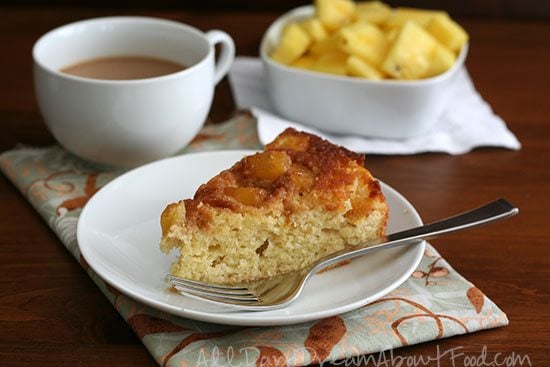 However, he decided to get curious about this Low Carb Pineapple Upside Down Cake. I am sure it wasn’t the cake that interested him at all, being the carnivorous animal that he is. But the big wooden board I use as a backdrop seemed to capture his attention. Unbeknownst to me, he climbed right up on the table (a no-no in any circumstance) and proceeded to lean up against it from behind, sending it crashing down into the cake that I had just set up. I hadn’t even taken a single photo. Thankfully, I did manage to catch the board before it fell all the way down, but one side of my cake was smashed to bits. And I had no time to make another, as it photos and recipe were due to my editor the next day. I had to patch it back together and fake it as best I could.

I had a few moments of wanting to give him away. But then I had a bite of the cake and it was so good, I forgot to be mad. 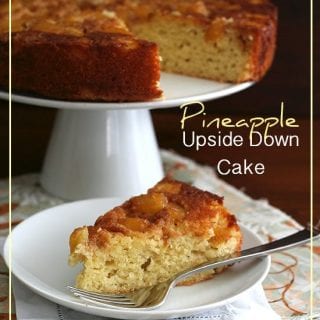