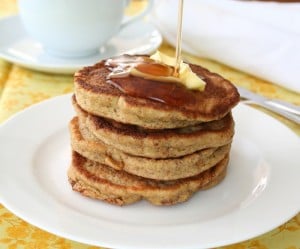 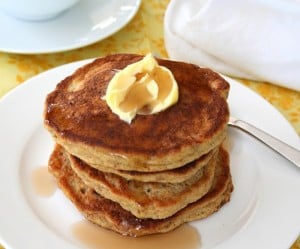 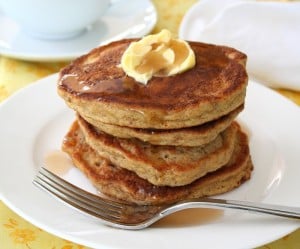 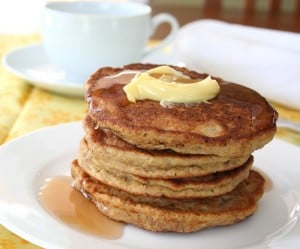 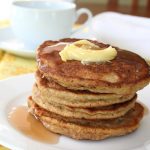 **I prefer golden flax for this recipe, as the lighter colour looks more like traditional pancakes. But brown flax would work just as well.
Serves 4 (2 pancakes per serving). Each serving has 13.5 g of carbs and 10.2 g of fiber. Total NET CARBS = 3.3 g.