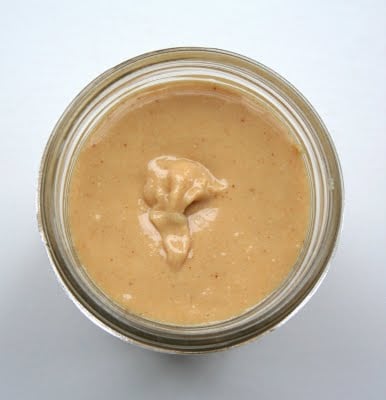 Let’s talk about peanut butter, shall we? It’s one of my favourite subjects. Like many people in North America, I grew up in a household where peanut butter was a staple. You might even call it a necessity. So much so that on a trip to France when I was a teenager, my father brought along two large jars of peanut butter. There we were in Provence, enjoying some of the best food the world has to offer, but still hauling the lowly ground peanut all the way from Canada. You can hardly blame him. He was traveling four kids, two of whom were under the age of 10 and still in that picky-eater phase, and he simply didn’t want hear complaints of missing their favourite food. I was fifteen and although not the most adventurous eater at that point, I tried the foods that came my way and loved most of them. But I believe I still had a peanut butter sandwich or two on that trip. 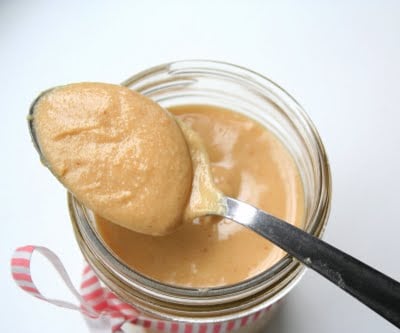 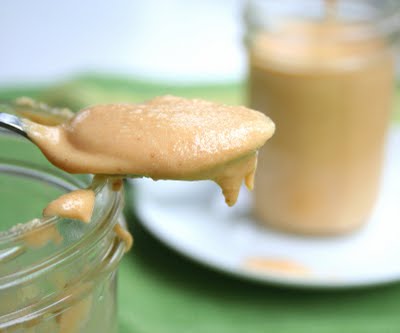 In reality, I’ve been making my own version of this for years. For decades really, simply by melting some peanut butter and chocolate together in the microwave. It’s always been dark chocolate, it never occured to me to combine my beloved peanut butter with anything else. But the white chocolate flavour I spied recently in the grocery store made me realize how good that must taste too. However, I figured it was off limits to me as a diabetic, since white chocolate isn’t really chocolate at all, but cocoa butter and sugar, with some milk solids and vanilla. I haven’t found a satisfactory version of low carb white chocolate on the market at all.

And then it hit me. If white chocolate is mostly sweetened cocoa butter, why couldn’t I just skip the middle man and put cocoa butter in my peanut butter? With a little sweetener and some vanilla for flavouring? Who says I have to go with pre-made white chocolate? 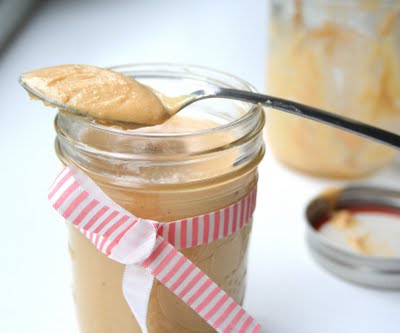 The Results: I believe I may have invented the first ever Low Carb White Chocolate Peanut Butter spread. And it’s delicious! Quite honestly, it tastes a little like peanut butter icing, but that makes perfect sense when you think about the ingredients. I’m inclined to think that the commercial version probably tastes like peanut butter icing too. But the cocoa butter does give it a hint of that white chocolate taste, which is really lovely. My kids love it, and have been asking every morning for toast with “Mummy’s peanut butter”.

Now, truth be told, I will always love the dark chocolate peanut butter combo best. It holds a special place in my heart and always will. But I am thrilled with the results of this little experiment and will happily make it again. Made with fresh peanuts and no hydrogenated oils, I have no qualms about my kids eating it every morning. 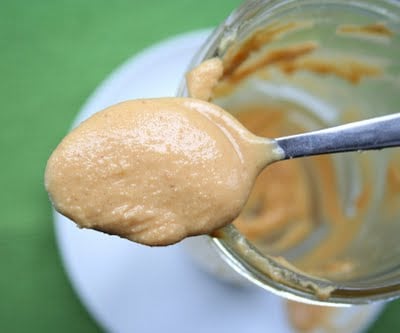 Place peanuts in a food processor and process until finely ground. Add melted cocoa butter and powdered erythritol and continue to process until peanuts begin to liquify and a smooth consistency is achieved. Add salt, powdered milk, vanilla protein powder and vanilla extract and process until combined.

*I find unsalted peanuts hard to come by, so I buy big bags of roasted peanuts in their shell, and I shell them myself. It can be rather tedious, but doing it while watching TV helps pass the time!

**Store in refrigerator if the peanut butter won’t all be used up within a few days. Cocoa butter solidifies at higher temperatures than other oils, so it will harden, but a quick zap in the microwave will make it spreadable again.