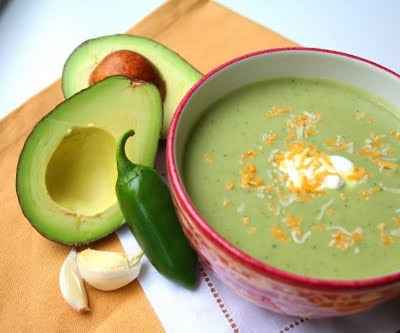 I love the idea of being a locavore, I really do. It all makes so much sense to eat more locally in order to cut down on the transportation of food and the subsequent greenhouse gases. So I do my best to patronize local farmer’s markets in the summer months and keep my eye on what’s grown locally in our various grocery stores. After all, why buy peppers or lettuce from Mexico when I can support local farmers and help the environment in one go? But here’s the problem, at least for me. I live in a part of the world where the growing season is rather short and many of my favourite foods don’t grow at all. So the question becomes, can one be a part-time locavore? A seasonal locavore?

I suppose locavore-ism (locavorality? locavorability?) is not an all-or-nothing proposition. If the ultimate purpose is to cut down on greenhouse gas emissions, then perhaps being conscious of what I buy and where it is grown without giving up some of my non-local favourites is all anyone can really ask of me. What is it, exactly, that I am so unwilling to give up? Well, avocados for one thing. I love them dearly and would eat one every day, if I could. If avocados grew locally, I would plant two or three trees in my yard and eat them morning, noon and night. I love them that much, I really do. I promise you this – if modern science ever finds a way to grow avocados in Massachusetts, I will become a full-time, diehard locavore. 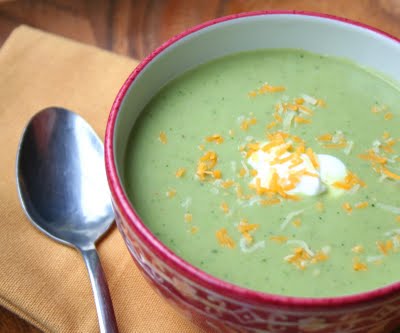 Without question, one of the best ways to eat avocado is in guacamole. Having lived in Arizona for five years, I fancy myself something of a guacamole connoisseur. I’ve had my share of ho-hum guac, but truth be told, even bad guacamole is a far sight better than some things I can imagine. The combination of avocado, garlic and jalapeno is just THAT good, you really can’t mess it up too badly. But some are, inevitably, better than others. My husband makes a mean guacamole with lots of spice and garlic, and we’ve both been known to overindulge when he makes it. 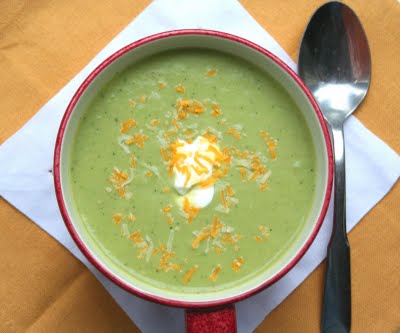 The idea of using the flavours of guacamole in a soup just came to me one day last week and I had to make it as soon as I could. I’ve had avocado soups before, and they were lovely. As the weather heats up, cold soups are a wonderful way to enjoy fresh produce without having to cook. And they really make a wonderful appetizer or side dish with BBQ and other grilled meats. I took a pretty basic guacamole recipe, increased the garlic and the jalapeno, pureed it with some chicken stock and stirred in some cream. After an hour chilling in the fridge, it was ready to eat. 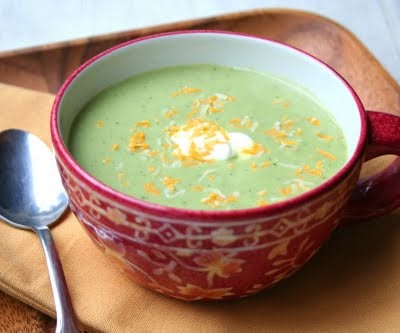 The Results: There really was no way for me to go wrong here. If you like guacamole, you’ll like this soup, it’s as simple as that! We ate ours with some grilled steak and some salad, and it was a wonderful meal. The soup is velvety and creamy, and quite rich so a little goes a long way. You could use your favourite guac recipe, but I will share how I did mine and you can modify as you see fit. Increase or decrease the seasonings and heat as you like, it’s up to you.

Like real guacamole, this soup is best eaten very fresh. More than 24 hours sitting around, and it takes on that brownish appearance of day-old guac. Some soups get better after a day or so for the flavours to marry, but this is not one of them. I’d recommend eating within 24 to 48 hours of making it. 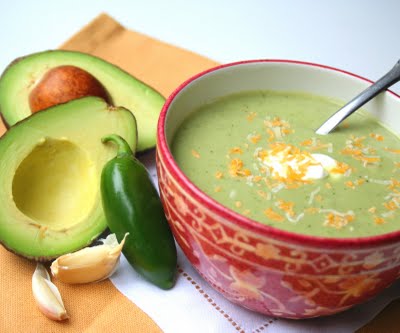 In a food processor combine 1 cup of chicken broth with avocados, garlic, jalapeño, onion, lime juice and cilantro. Puree until smooth. Add remaining 1 ½ cups broth, salt, pepper and cayenne and blend. Transfer mixture to a large bowl and stir in whipping cream. Cover and chill for at least 1 hour and up to 12 hours.

Divide soup among 6 bowls. In the center of each bowl, dollop 1 teaspoon (5 mL) of sour cream. Sprinkle each with 1 tablespoon shredded cheese.