A delicious low carb, grain-free coffee cake bursting with orange zest and fresh cranberries. It will be the hit of any holiday party. 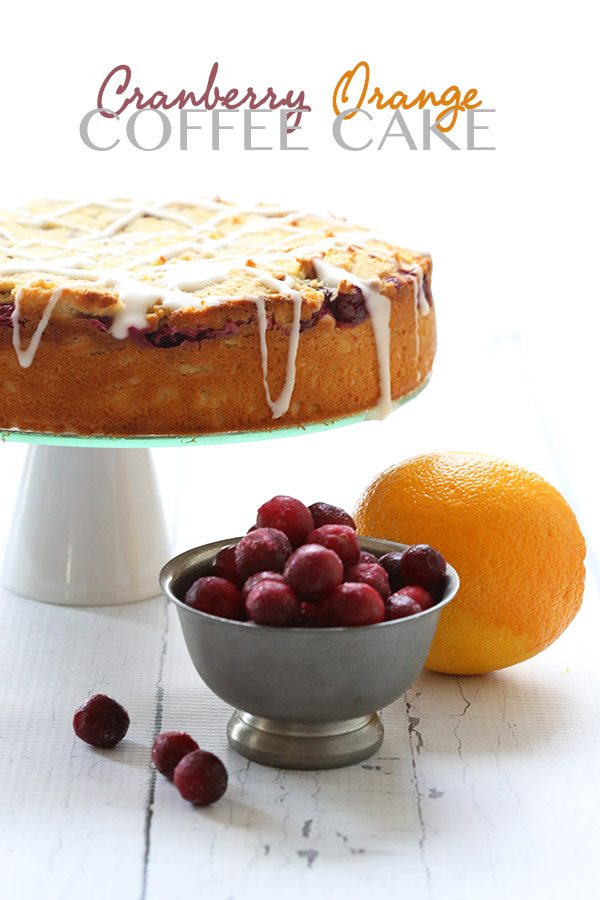 It’s clear I am going to have a bit of an issue living here in Oregon, and that is the lack of cranberries. The crazy part is that Oregon actually grows cranberries – quite a lot them, in fact. It is the 4th largest producer of cranberries in the US, behind Wisconsin, Massachusetts, and New Jersey. But you wouldn’t know it in the stores. I started looking out for them in late September, early October, expecting them to be prominently displayed early in the season as they most certainly would be back East. But nothing. I thought maybe I was mistaken and it was a little too early, so I waited. And waited. And waited. Surely they would available by mid-October, right? Nope. Couldn’t find fresh berries at Whole Foods, New Seasons, Safeway, or Trader Joe’s. My husband even checked Costco for me, but they didn’t have them in stock either. It was only at the tail end of October that they appeared, and then they were off in a corner in the produce section, and could have easily been overlooked. 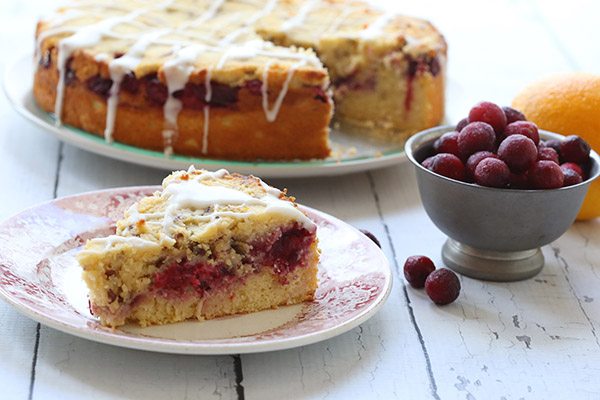 I am stymied. Do people in Portland not like cranberries? Are they ashamed of them? Why hide these glorious ruby red berries out of plain view? Where are the huge displays of cranberry bags piled up near the door, catching  the customer’s eye and making him or her dream of Thanksgiving dinner? In Massachusetts, you’d practically be tripping over them at every store the minute the leaves began to change. The situation is so bad here that I even had to purchase frozen cranberries at Whole Foods so I could make this recipe for you. At an exorbitant cost, of course.

Now that they have finally (FINALLY) appeared, I have stocked up. I currently have several bags that I have now frozen in case of a similar future cranberry emergency. And I have plans to get several more for Thanksgiving and Christmas. We must not be without cranberries. Cranberry fields (bogs?) forever! 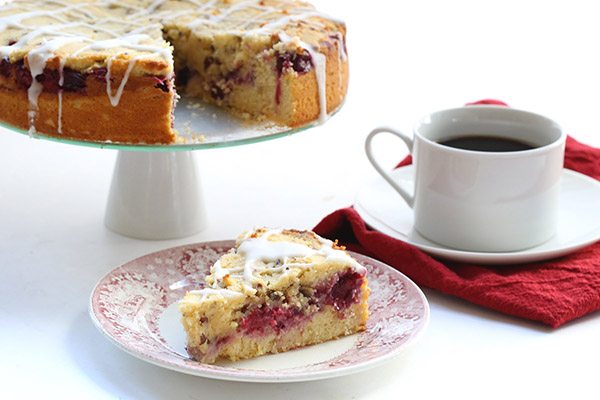 Please see my low carb Cranberry Orange Coffee Cake on A Sweet Life Diabetes Magazine. It’s the perfect addition to any holiday brunch. You won’t regret it, even if you have to search high and low for cranberries, as I did.