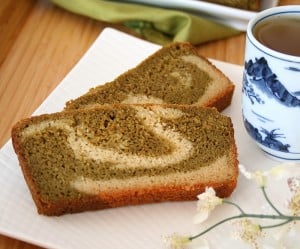 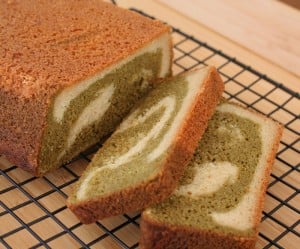 I don’t remember when I heard of matcha green tea specifically, but I know it wasn’t more than a few years ago.  It started to pop up everywhere and in everything, as these food trends do.  I didn’t know at the time that matcha is tea used in the Japanese tea ceremonies.  It’s a powdery substance made from grinding high-grade tea leaves very finely, and it has to be whisked very briskly into hot water to dissolve, traditionally with a bamboo brush.  I only learned all of this last year when I went to purchase some matcha and discovered how expensive it is, although a little does go a long way.  It put me in mind of one of the more astonishing books I’ve ever read, Memoirs of a Geisha, and I had to go back and re-read it again.  As always, it drew me in so completely I could hardly put it down for two days.

This tea cake is actually another variation on my Almond Crusted Butter Cake.  It’s such a wonderful base cake recipe that I find myself adapting it in my head all the time.  And I thought that the light flavour of matcha would complement the almond very well.  The light sage green swirl looked absolutely gorgeous when I cut into the bread, that’s for certain.  It was really lovely on its own, but even better with a smear of butter overtop. 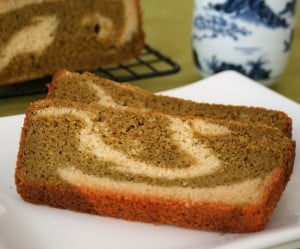 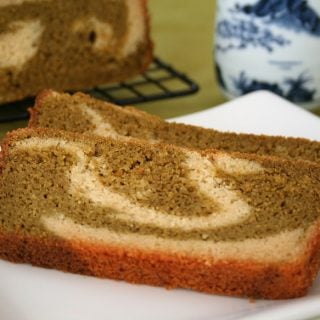