A comforting low carb and paleo version of Hungarian Goulash that you can make in your slow cooker. And come along as I explore Budapest with Viking River Cruises. 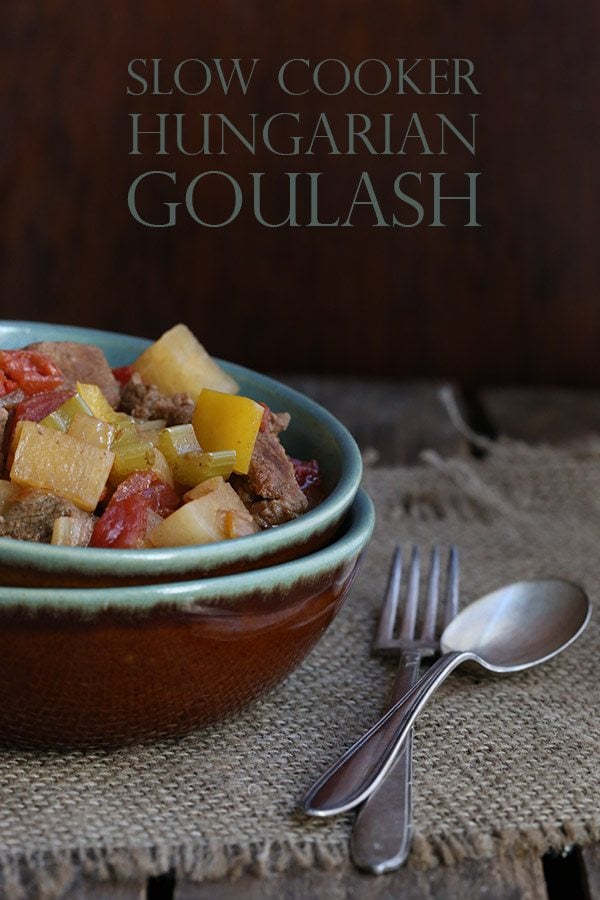 Let’s face it; getting away for a few days without your kids means that you are going to have a great time no matter what. You’ve worked for it, you’ve earned, so you’d better make the most of it. Just getting to the point where you can get out the door and leave your kids in someone else’s hands takes an immense amount of work and is incredibly stressful. And if you need to wrap up any loose ends at work before you leave, that’s additional work and stress. It really isn’t until you step onto that plane (or train, or automobile) that you realize you’ve been holding your breath, not quite sure that this kid-free holiday would ever truly materialize. You then finally breath a sigh of relief and you relax. You hardly care where you are going, all that matter is you and your honey, alone at last. 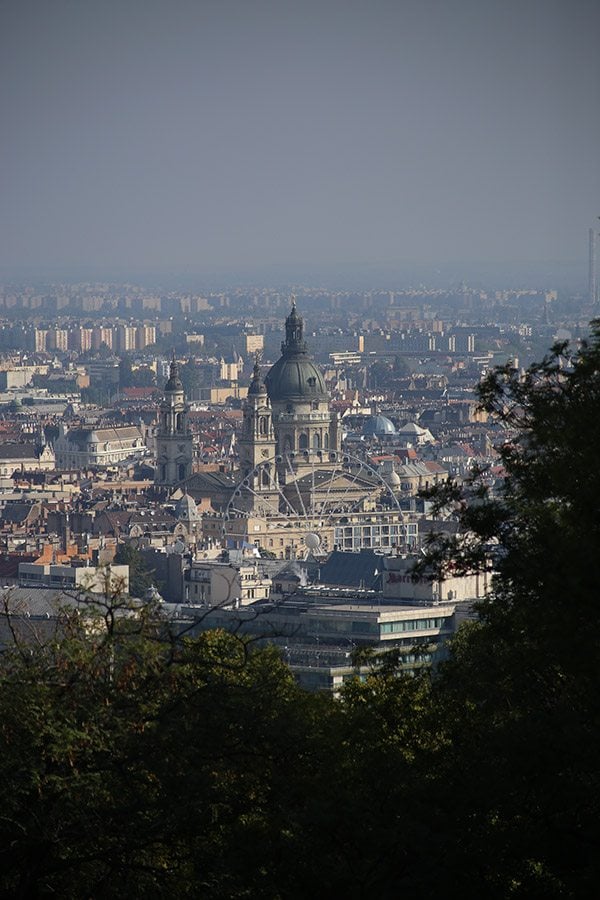 Looking over to the Pest side from Buda

But if the destination ahead of you happens to be the Romantic Danube on the luxurious Viking River Cruises, then you might care where you are going just a little bit. Or a lot. You might care a whole lot, knowing that in about 20 hours, with a 9 hour time difference, you will be landing in Budapest, Hungary, a place you’ve never been and can hardly wait to see. You might care even more if you were going to be chilling out on a Viking Longship, cruising up the Danube to Austria and Germany and seeing many wonderful sights along the way. You would especially care a great deal if you had planned this trip with your significant other a whole 18 months in advance and had been dreaming of it ever since.

So yes, it would be fair to say that I cared a great deal about where I was going and about exploring parts of Europe I’d never seen. It was certainly meant to be the trip of a lifetime. And in many ways it was, although things didn’t exactly go as planned. Do they ever? More on that point later. For now, let’s just enjoy Budapest and the first few days with Viking. 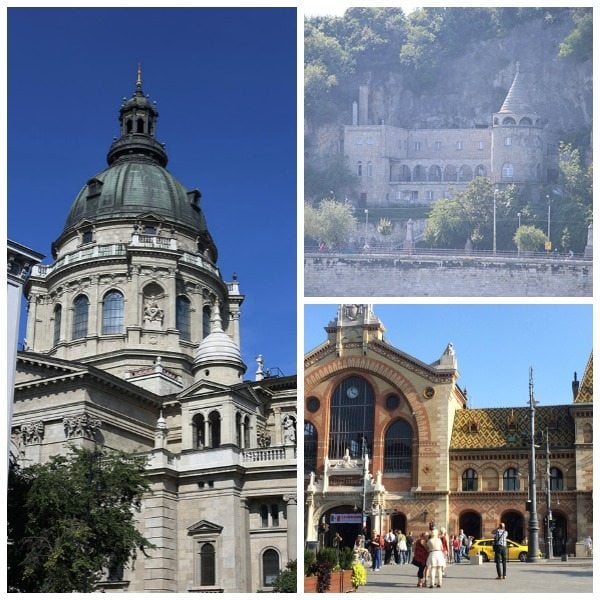 Do I need to tell you that Budapest is a beautiful city or can I just show you some pretty pictures? We got to explore it on our own a bit the first day, as we landed rather early. Jetlagged as we were, we moseyed about on the Pest side, wandering about on a few streets just trying not get lost while looking around and revelling in our freedom. We were certainly in one of the more touristy parts of the city, but hey, we were tourists and it was all lovely to our eyes, despite the numerous cheap souvenir shops. As it was Sunday, the Great Market was sadly closed. I would have loved to spend some time poking about in there. 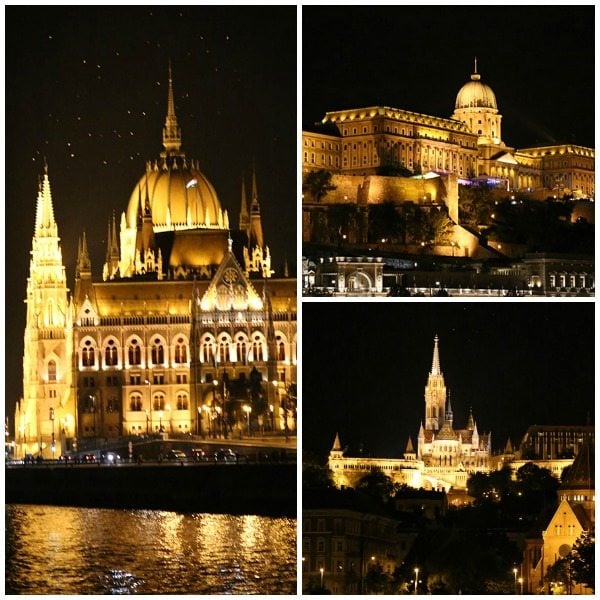 Kind of looks like Disney World, doesn’t it? And those little glowing specks above the Parliament are birds.

After dinner, the longship cruised slowly up and down the Danube to show off Budapest at night. I honestly don’t think there can be any better way to see this city in all its glory. Mind you, it gave my frugal and environmental heart some serious palpitations, thinking of the enormous electric bill that the Hungarian Parliament must have. Still, it was gorgeous to behold and we got great amusement out of the birds that fly in circles overhead, catching the bugs that are attracted to all the lights. 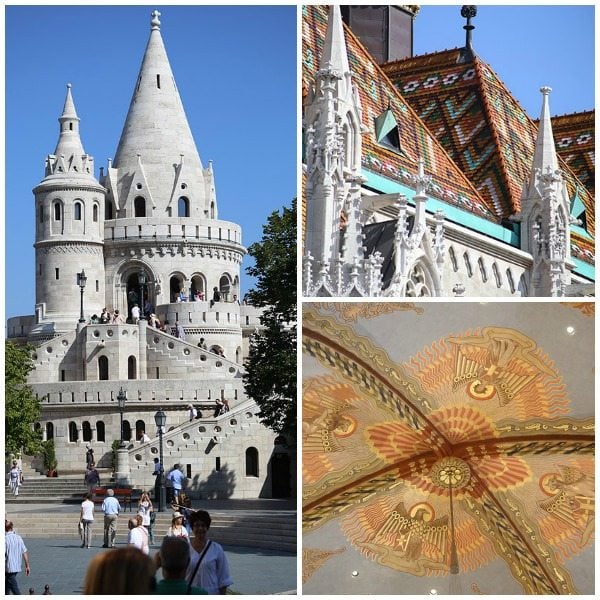 Fisherman’s Bastion and the beautiful tiled roof and painted ceiling of Matthias Church. 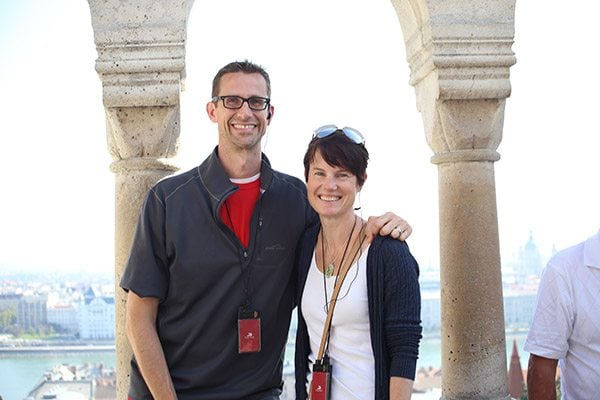 Look how happy we are to be away from our kids!

The next day was an organized city tour, predominantly by bus. The Pest side was a bit of a blur, particularly as traffic was being diverted around some sort of police parade, an event which our tour guide and bus driver were not expecting. Thumbs up for their knowledge of the city and how to get back on track after our detour, as well as providing hugely entertaining commentary along the way. The Buda tour was a little less harried and we were able to get out and explore the Liberty Statue (our guide called it “The world’s biggest bottle opener”, which it really does resemble from far away), and Castle Hill, where we toured the beautiful Matthias Church and had some free time to wander into shops and cafes. 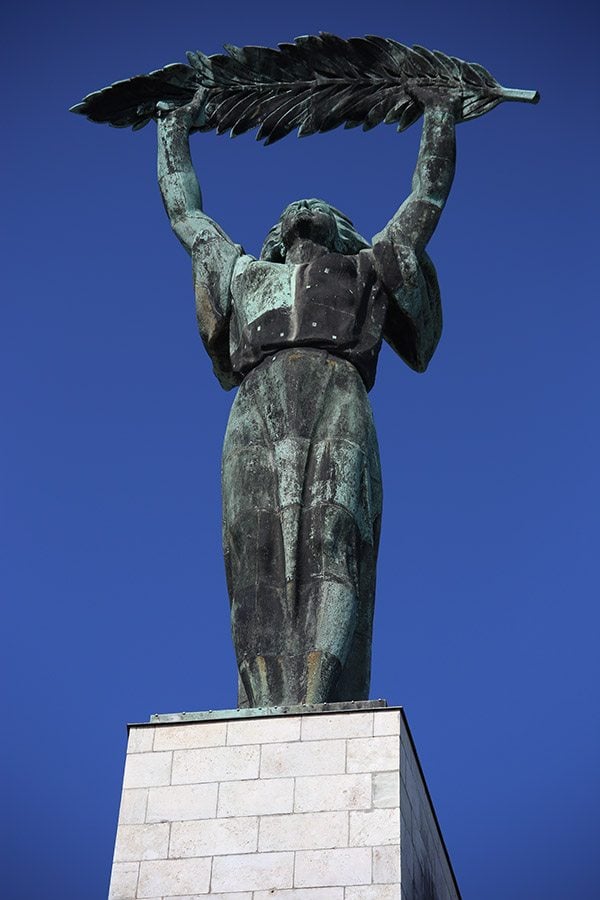 The “World’s Biggest Bottle Opener”, according to our tour guide! 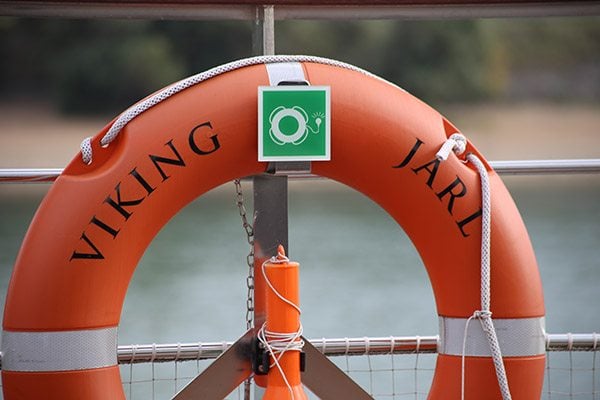 Then it was back on the bus to meet our longship, The Viking Jarl (pronounced “Yarl”), which had sailed upriver in our absence. And then we were off to Austria!

Now, let’s chat a little about the Viking Experience: the staterooms, the food, the fact that you are viewing Europe from the continent’s second largest river. Because, of course, this is all such a huge part of the experience. 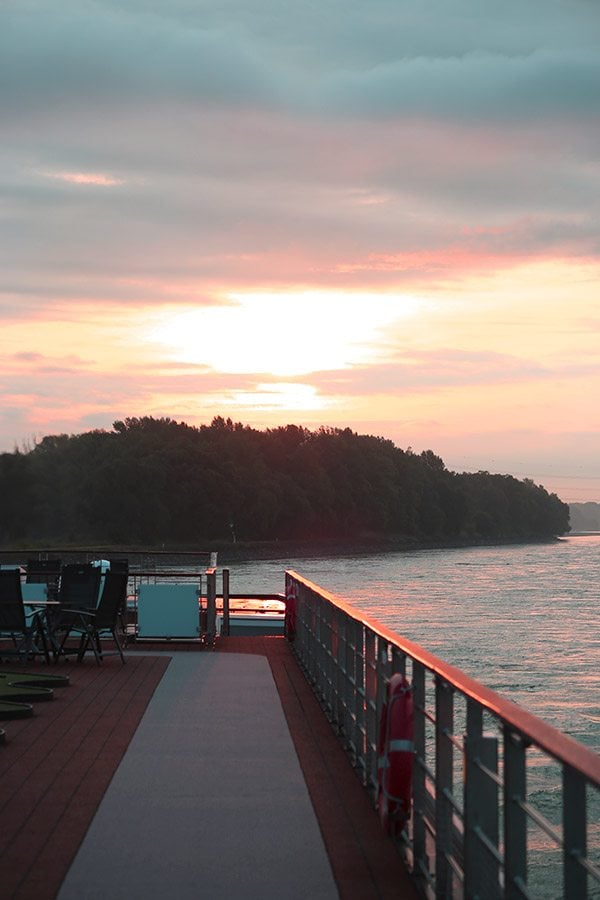 Sunrise in Austria, from the Sun Deck

Staterooms: Small but cozy and perfectly apportioned. It’s a ship, after all, and things are made to fit into a small room while still maximizing space. There was a remarkable amount of closet and drawer space, and there was even a mini fridge for all the low carb snacks I’d brought along. The bed was a little on the hard side for my taste, but the shower had great water pressure. And I simply had to leave a note to our room attendant to get the extra pillow I needed for a little more restful sleep.

Food: Like any good cruise line, Viking offers wonderful food and plenty of it. More to the point, there were many low carb options and I really didn’t need as many of the snacks and goodies I brought along with me. For dinners, there was always a wonderful menu with three main options for appetizer, main course, and dessert. There were no low carb desserts, but there was a cheese plate with a different selection of European cheeses every night. Needless to say, I ate my weight in cheese on our trip. There were also three additional entree options that were offered every evening, including steak, salmon, and a vegetarian meal. So lack of choice was certainly not an issue, and the staff did their utmost to accommodate every request. Including my husband’s request of a side of steak along with his other entree option of the evening. Yep, they would simply add a nicely done, medium rare steak to his plate…every evening.

There was a menu for breakfast as well, but I can’t speak to how good it was because there was also a buffet-style service and it had so many great low carb choices, I simply stuck to that. Scrambled eggs, bacon, sausage, grilled veggies, cheeses, an omelet station. And my favourite, the smoked salmon plate. I often feasted on smoked salmon, peppered cream cheese, capers, and onion, with a few veggies on the side. No complaints there.

I think we only ended up having 2 lunches on the boat, as we often found ourself full from breakfast and perfectly happy with a light snack so we could save our appetites for dinner. But they also had menu and buffet-style options and I stuck mostly with salad for a light mid-day meal.

Staff: Phenomenal. I have nothing but wonderful things to say about the friendly and accommodating staff from all over the world. From our towering blonde giantess of a program director, to the captain and crew, to the wait staff, they made us feel truly special.

So far, so good, but there is so much more to come. Stay tuned for Austria and a low carb version of the treasured Sacher Torte!

For now, my tribute to our brief stay in Hungary: low carb slow cooker Hungarian Goulash. Sadly, I did not have a chance to try authentic goulash while in the country itself. But I modelled this after an authentic recipe, with some swaps to keep the carb count lower. It’s good, it’s comforting, it’s goulash! And it’s great over zucchini noodles. 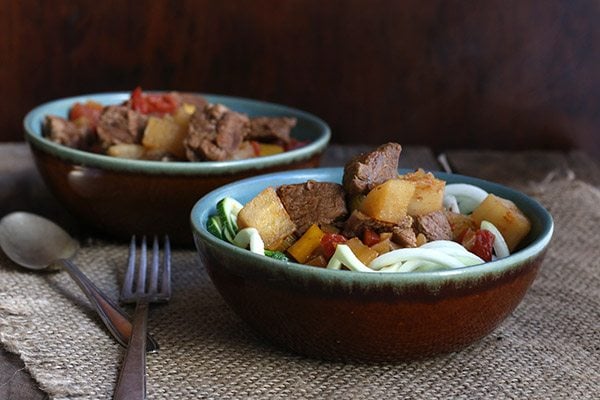 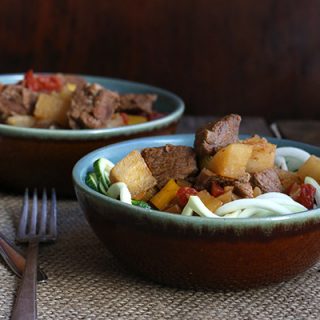