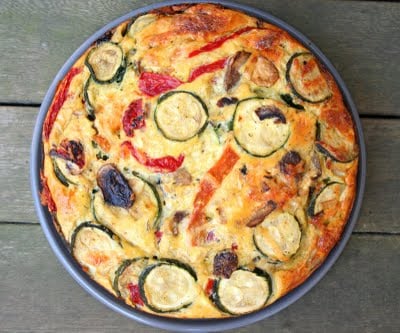 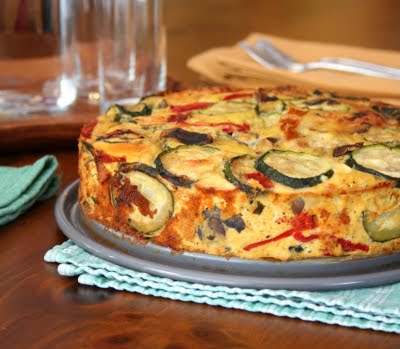 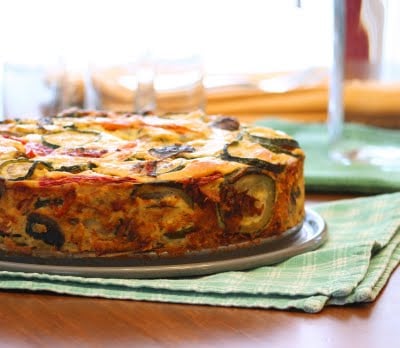 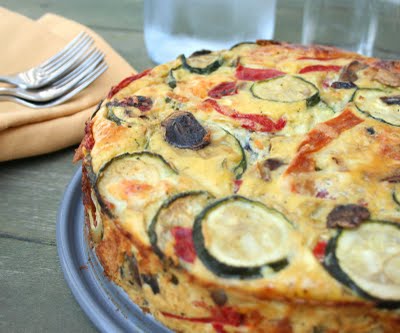 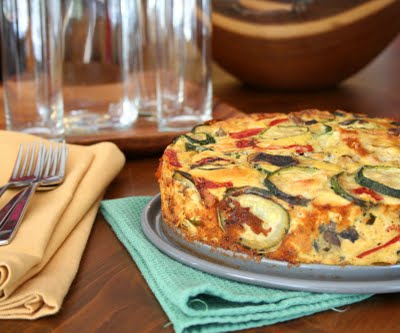 Spread mixture in prepared pan and set pan on baking sheet. Bake for 1 ½ – 1 ¾ hours or until top is puffy and golden brown and the center no longer jiggles when shaken. Remove from oven and let cool 10 minutes in pan, then run a sharp knife around edges of torta to loosen. Gently remove pan sides. Serve warm, room temperature, or cold.