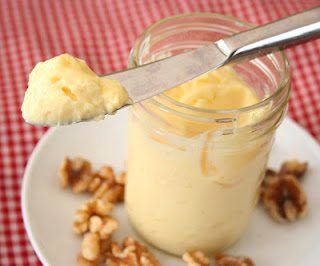 It’s no secret that I like nuts, I’ve made that abundantly clear many times. And it’s a good thing too, given that nut flours are one of the few alternatives to wheat flour that are both low carb and gluten free. I like all sorts of nuts, I don’t really discriminate. But I have a soft spot in my heart for walnuts. It may be in part because I grew up on a farm called Walnut Hill. It may be in part because walnuts are often overlooked in favour of pecans and I like to cheer for the underdog. Whatever the reason, I often use walnuts in my cooking and baking. And not always in their solid form, either. I have long been a fan of walnut oil, and toasted walnut oil in particular. Ever since I found a relatively inexpensive source for it (thanks, TJMaxx Homegoods!), I’ve been drizzling it over veggies, using it for omelets, and even baking with it. I love the flavour, and it doesn’t hurt to know that it’s incredibly healthy, packed with all of those Omega 3’s.

I’d never made my own mayonnaise before, but we go through a fair bit of it in this large, hungry family. It was as I was reaching for a jar of olive oil-based mayo at the grocery store that the idea of making it with walnut hit me. If olive oil mayonnaise is a healthy step up from regular, then surely walnut oil mayo is even better? But having never made mayonnaise from scratch, I had no idea if it would work. I didn’t know if there would be something about walnut oil that would keep it from emulsifying properly with the egg yolk, or if it would taste a little strange. I knew it was worth a shot, though. I am always trying to find ways to get more Omega 3 fatty acids into my family’s diet. 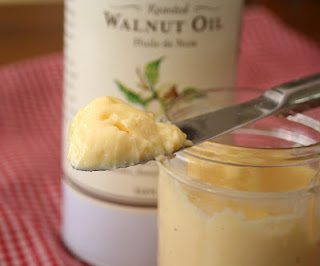 I found two recipes that I liked the look of, one from Epicurious and one from Alton Brown, and in the end, I made something of a mix between the two of them. Except, of course, with walnut oil. Both of these recipes had you whisking the ingredients by hand. I could probably have saved myself some time by doing it with the whisk attachment on my stand mixer, but I thought it was kind of fun to do it the old fashioned way. Plus it was a fabulous arm workout. The only problem being that I used my right arm the whole time because my left hand is not so coordinated and can’t whisk very well. But my right bicep is now all nice and toned! 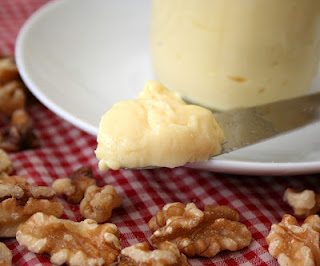 The Results: Making your own mayonnaise is so remarkably easy, it’s a wonder anyone buys the storebought kind. Granted, it would have been far easier in my stand mixer, but it was actually pretty cool to do it by hand and watch it all come together with the constant whisking. As for the taste, it turned out perfectly. It tastes just like mayonnaise, but with just a bare hint of that toasted walnut flavour. I used it in some tuna salad for my kids and they didn’t know the difference for a second! They devoured it and asked for more.

*Note: for anyone worried about consuming raw eggs, this is a perfect use for Safest Choice Pasteurized shell eggs. 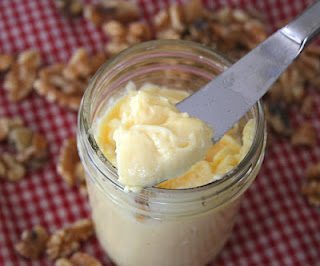 Whisking constantly, add walnut oil a few drops at a time using a ¼ teaspoon measure. Keep whisking and adding slowly until you’ve added about ¼ cup of the walnut oil and mixture is noticeably lighter in colour. Very slowly, add the remaining ½ cup oil in a thin stream until mayonnaise is thick and a creamy light yellow.

Cover and keep chilled. Use within a week.