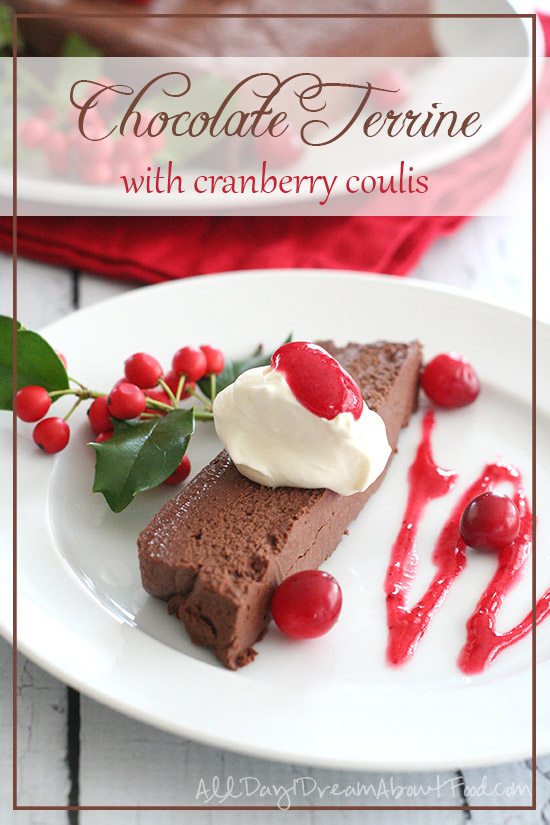 I have to giggle at the moment; I just got accused of destroying French cuisine because I used the term “ganache” to refer to something that was not just simply chocolate and cream. Or rather, that blogs like mine have destroyed culinary techniques by throwing the true meaning of words like ganache out the window. Yes friends, it is true. I am the reason that true French cuisine is a dying art. I assure you that I do not take this destruction of French cooking lightly. I know Julia Child would hate me and that makes me deeply, deeply sad. I feel a heavy burden on my heart because generations of children will think that ganache is made with butter, unsweetened chocolate, cocoa powder and low carb sweetener instead of being a pure (and usually high carb) combination of cream and chocolate.

You know what I really say to all of that? I say phooey! I was well-aware that my low carb ganache was not a true ganache, but it was something of a necessity at the time. I struggled with unsweetened chocolate seizing into a horrible mess when I attempted to combine it with hot cream, so I created a workaround. The end result tasted like ganache and behaved like ganache and so I called it ganache. And I don’t feel a bit of shame about it. Words and meanings evolve, much to the chagrin of the Académie française. Languages are not in stasis, they are growing and changing and adapting to new environments all the time. They branch out and become new languages, some of which die out and some of which carry on to grow and evolve and change. They are amazing in this way and make for a fascinating study. 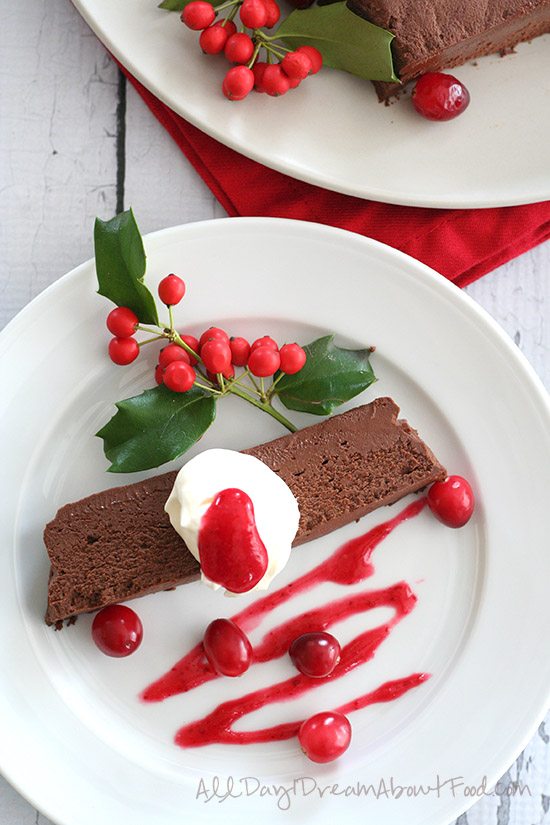 Take the word terrine, for example. Another lovely French word for our inspection. What is a terrine? Well, the original certainly isn’t made of chocolate and it isn’t a dessert. The word itself has a couple of definitions, one of them being a dish of chopped meat or vegetables (0r both) pressed into a pottery casserole dish and the other referring to the casserole dish itself. So to use the term to refer to a dense rich concoction of chocolate, butter and eggs is surely a bastardization of the word and the culinary techniques it embodies. Thankfully, I am not the first to abuse “terrine” in such a way. Chocolate terrine recipes abound and most of them contain no meat or vegetables and are not shaped in a pottery casserole dish. I got the inspiration for my recipe from my friend Liz at That Skinny Chick Can Bake (what a great name for a food blog!). A quick glance at the ingredients let me know it would be easy to low-carbify.

Once you taste this, you will forgive me for abusing the term terrine and contributing to the destruction of the French culinary arts. It is heavenly! Like a rich chocolate mousse but in a more solid, substantial form. Add a dollop of whipped cream and some tangy cranberry sauce, and you have a showstopper of a holiday dessert. And although the name sounds all fancy-pants, it’s easy to make too. 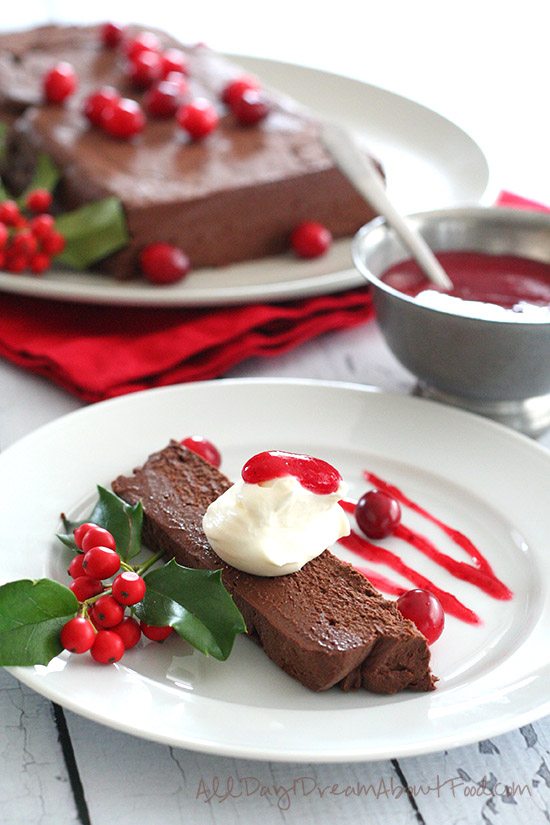 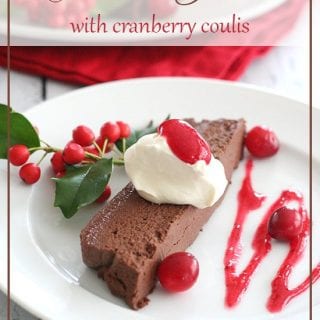