These low carb slow cooker brownies have a very special ingredient. You won’t believe what they are made with! This post is sponsored by Jade Asian Greens. 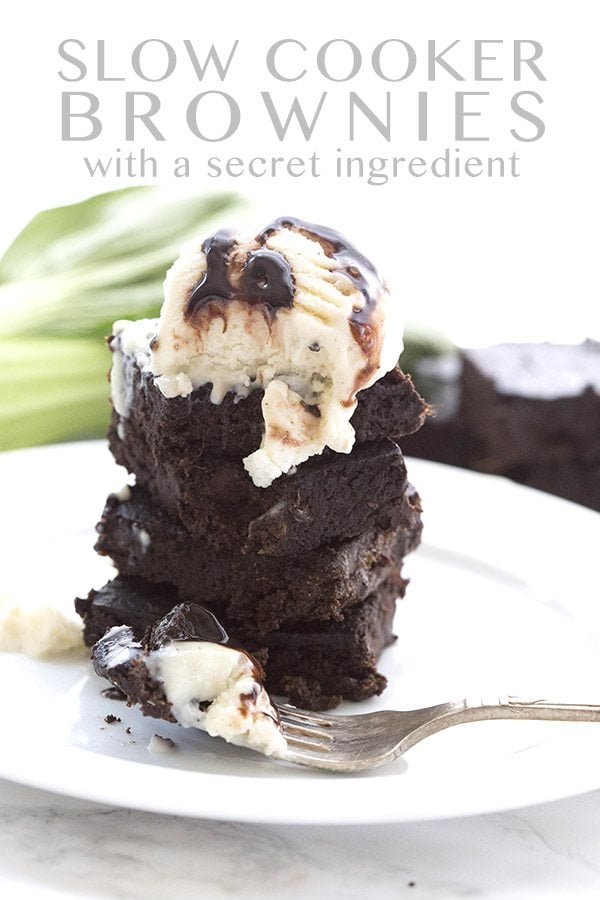 I am not really one to try to trick my kids into eating healthy foods. Mostly I just plonk their meals down in front of them and tell that’s what they are getting. Yes, I do take small preferences or serious dislikes into account. One kid won’t eat avocados, another detests tomatoes, and none of them are particularly keen on eggplant, so I won’t force these things on them. Having outgrown numerous childhood food dislikes myself, I know that they will eventually come around as long as I keep putting the good stuff in front of them. I now have two kids who willing eat Brussels sprouts and mushrooms, so I know my approach works.

But sometimes I am presented with a challenge to use an unusual ingredient in a whole new way. Given that to many eyes I use a lot of unusual ingredients on a daily basis, I am always up for the challenge. This time, I was presented with a vegetable and asked if I could find a way to work it into a dessert recipe. This is probably not an ingredient you’ve ever EVER thought about putting into a dessert. Whereas zucchini, carrots, and avocado are fairly common in desserts, and spinach and kale are now joining in on the dessert fun, this vegetable is pretty firmly in the savoury category in most people’s minds. 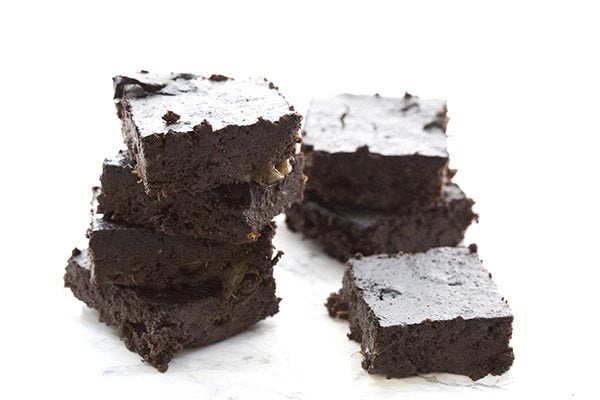 But as it bears some similarity to spinach and kale so it got me thinking about how to use it in brownies. I thought I could use this particular green to add moisture and get a great fudge-y texture. I mentioned it to my son (having no designs on hiding it from him) and the look on his face was priceless. Even though he actually likes this vegetable, he clearly thought it was not a good idea.

But I tried anyway and was rewarded with some of the fudgiest low carb brownies I’ve ever made. I made them in my slow cooker for an extra twist and every single person in my family loved them, even the boy with the funny look on his face. They could be made so fudgy and undercooked that you have to scoop them out with a spoon (like a pudding cake) or you can let them cook a little longer and firm up. They are divine with a scoop of vanilla ice cream! 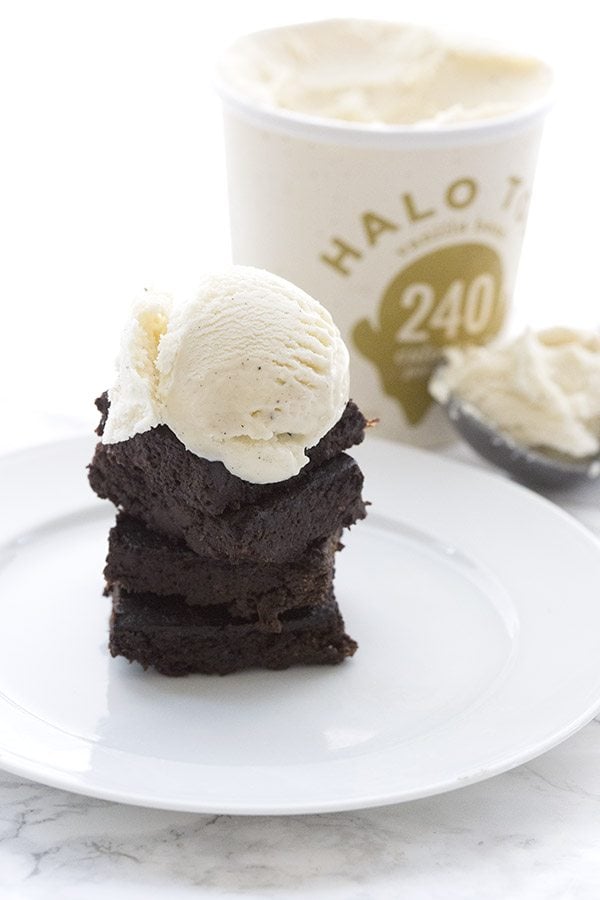 Now I know I’ve been very cryptic here and you are dying to find out what veggie is hidden in this brownie, so hop on over to Jade Asian Greens to check out my Super Fudgy Slow Cooker Brownies!