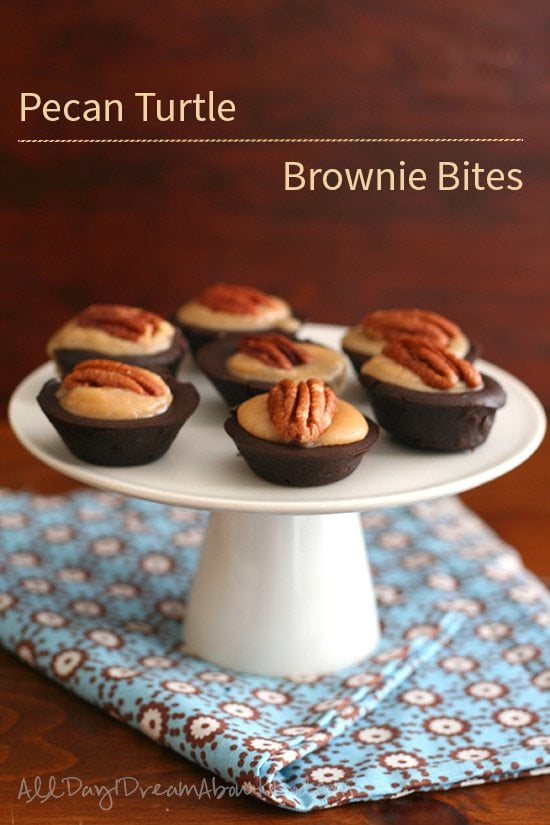 I don’t know about you but when I was little, Turtles were a highly sought-after candy. They only ever seemed to appear on special occasions, both in my own house and those of other people. I came to think of them as highly coveted and exceptionally rare, so it surprised me when I got a little older to find that they could actually be purchased at any drugstore or corner market. But they only came in large boxes which were beyond the means of my little allowance, so they remained “special occasion” candies until they finally came out with the two-turtle pack. By that time,however, they didn’t seem nearly so special to me and I rarely bought them for myself. 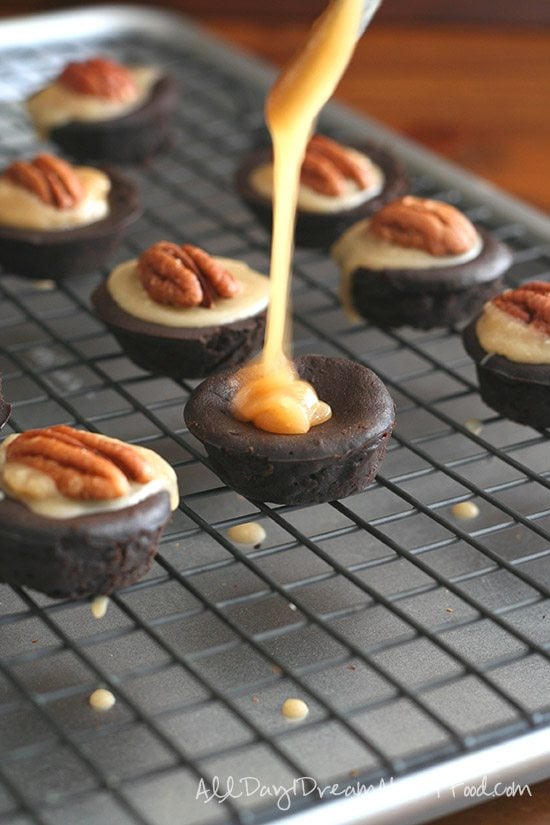 Still, the combo of pecans, caramel and chocolate remains one of my favorites. I don’t know anyone except the most die-hard nut hater who doesn’t love that combination of flavors. And it’s easy to recreate in many forms, like brownies and candies and bars. And ice cream and cake and cookies. Really, it’s divine and we should recreate it in as many forms as possible as frequently as possible. Don’t you agree?

These little brownie bites were a huge hit with our friends at a party. In fact, one of our more reticent male friends was quite volubly declaring his love for them. I was surprised to see him so talkative! I guess chocolate, caramel and pecans can bring that out of anyone. 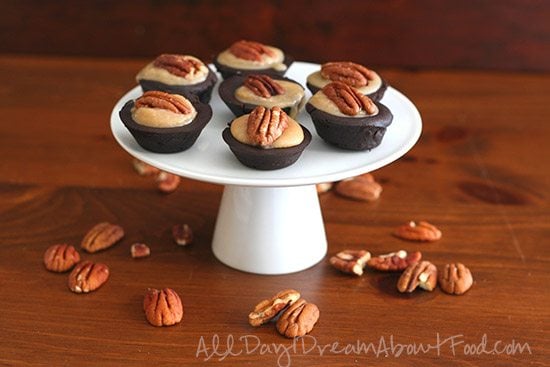