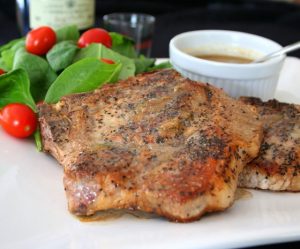 The other day, I got a call from my daughters’ daycare center that my littlest, who is two and a half, had stuck a rock up her nose. This is only a few months after she stuck not one, but TWO small pieces of lego up her nose and had to go to the hospital to get one of them out. You’d think she might have learned her lesson, but being only two and half, life lessons quickly pass from her little mind. Clearly, the life lesson that anything besides fingers are not supposed to go up her nose is a lesson she needs to learn twice. Let’s hope twice is sufficient.

It was toward the end of the day and my husband was out that evening, so I wasn’t quite sure how this was going to go. I thought maybe I had a chance of getting her to hold still enough for me to get the rock out with some tweezers, but I underestimated the strength of that little body of hers. Trying to sit astride her torso and hold her arms down with my knees was like riding a bucking bronco and I quickly realized I had a better chance of winning the lottery than I did of getting the rock out on my own. So I got all three kids together, shoes on, to head to the nearest hospital. The idea of spending several hours in our local emergency room, waiting around with three bored, over-excited kids was not a pleasant one, but it clearly had to be done. 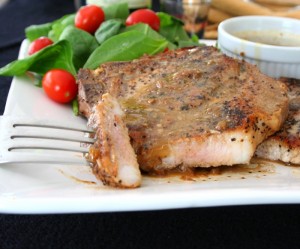 My little one was standing at the top of the stairs to the garage as I was getting the other two into the car, when I heard a little click. I thought she’d kicked some small object but she declared “It come out!”. I saw a little stone on the stairs but it looked far too large to have been up her teeny little nostril so I told her that she had just kicked something. Then I took a closer look and saw that the little stone was covered in mucus and it was, in fact, the very rock that had been up her nose. As disgusting as it was, I picked it up and practically cheered when I felt its sliminess. Just in the nick of time! Instead of hanging about a waiting room with three wild children, I could have a regular evening, a glass of wine, a good meal and get my kids into bed on time!

This story has nothing to do with the recipe at hand, I just wanted to share. This recipe came about as one of those happy accidents in the kitchen, and turned out so well, I can’t wait to make it again. I had wanted to make steak au poivre with brandy cream sauce, but the steak at the grocery store didn’t look so hot and the pork chops were on sale. And then I didn’t have brandy, but I did have whiskey and thought it might make a good substitute. So I amalgamated a couple of recipes from America’s Test Kitchen Family Cookbook, made a few other tweaks, and voila! A new dinner recipe was born. 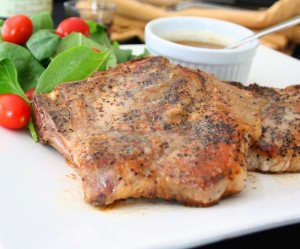 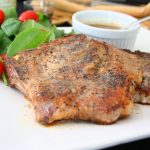