These delicious low carb pancakes have a swirl of sweet cinnamon filling and a cream cheese glaze. Made with almond and coconut flours, they make a wonderful gluten-free brunch! 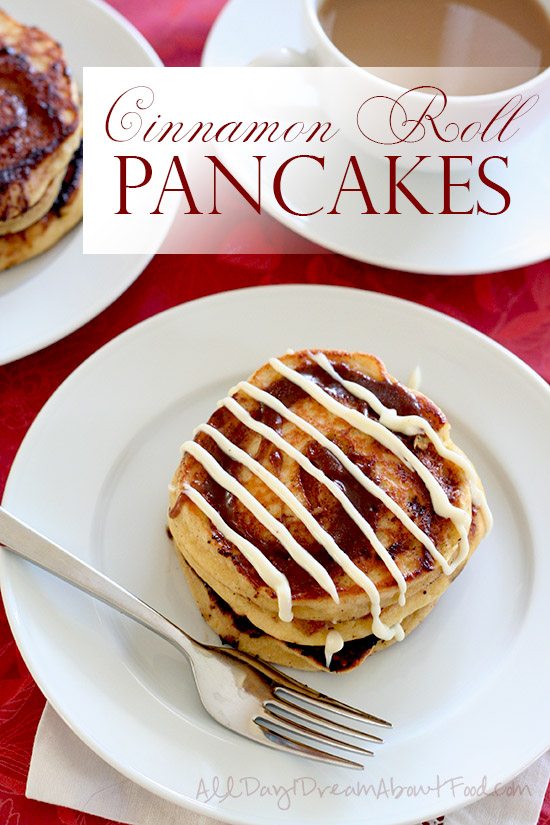 If you’re a food blogger making everything from scratch, you’d better be ready for some spectacular fails. I’m talking “Wow, this is as dense as a hockey puck and tastes like one too” kinds of fails. The sort where you realize that nothing can be done to save the item and the best place for it is the trash can. Then there are the medium sorts of fails, the ones where things just didn’t quite come together properly but it’s still edible and you make your family eat it because you hate food waste. I don’t have fails too often any more, but most of them are of the second variety. I definitely had my share of the “pitch it in the trash” variety at the beginning but I know my ingredients well enough now that I tend to know what won’t work at all. So no spectacular fails lately and I’d really like to keep it that way. Spectacular fails can be a little rough on the ego, not to mention all the expense of wasted ingredients.

The first time I attempted a low carb version of cinnamon roll pancakes, it was definitely a medium fail. They were delicious, they just looked like utter crap and they were really hard to work with. I thought it would be so simple, just swirling a cinnamon mixture into the pancakes as they cooked. But my problems were two-fold. For one thing, I was working with an almond flour pancake batter that was simply too thick and didn’t hold together very well. This was before I’d developed my really good low carb Coconut Flour Pancakes. My other problem was that cinnamon filling kept hardening up too much to pipe into the pancakes and I got increasingly more frustrated. The end result was still excellent but I gave up on the idea for almost 2 years. 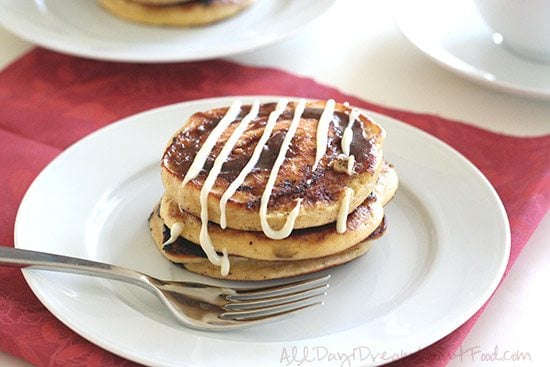 I recently gave them another try with an combination of almond and coconut flours, which happens to be my new go-to low carb pancake batter recipe (I’ve been using it for a while now). I also kept the cinnamon swirl filling in a saucepan over low heat so that it liquid enough to add to the cooking pancakes. These were just the right fixes to my previous problems and the end result was both delicious AND pretty. Sometimes it’s worth it to persevere! 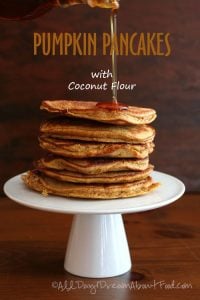 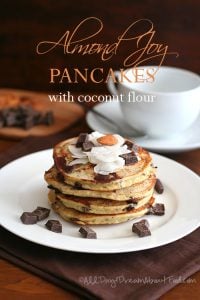 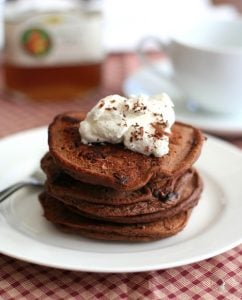