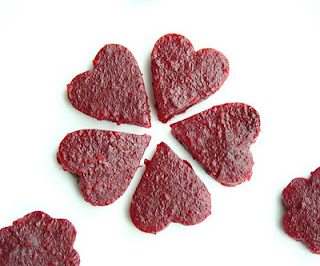 I’ve been sitting on this post for a very long time, wondering when the best time to actually publish it was. See, the original version of these gummy fruits were a huge success. That is to say, the post itself was a huge success, ranking as my second most popular post of all time. This took me by surprise. Don’t get me wrong, my original Homemade Gummy Fruit Snacks were very tasty, they just weren’t quite what I had in mind. I wanted something like the little chewy fruit snacks you can get at Trader Joe’s or from Annie’s, the kind with no added sugar. My first attempt was with gelatin and I realized pretty quickly that it wasn’t going to get me the results I wanted. They were delicious, but jelly-ish and required refrigeration to keep from melting into fruity goo. So I set about trying to make a more “shelf-stable” gummy fruit. And I think I managed that feat. But the original post was so darn popular, I didn’t want to mess with its mojo, so to speak.

But there were quite a few people on Twitter and my blog who expressed interest in the improved version, so I finally decided to bite the bullet and post it. A lot of the comments on my original post confirmed for me exactly what I was thinking of using in my second experiment…Pomona’s Universal Pectin. Unlike most pectin products, this one can be made with little to no sugar, as it relies on calcium to jell properly. I have used it before in sugar free jams, and in fact, I accidentally over-jelled some jam this summer, which is what made me realize it would be perfect for my gummy fruits. And since several readers suggested the exact same thing, I knew I was on the right track. 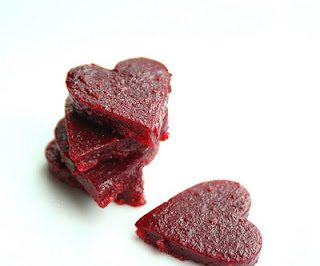 I studied the insert that comes in the Pomona’s package, trying to decide which approach to take. They have detailed instructions for low sugar, no sugar, and alternative sweeteners. In the end, I decided to follow the instructions for the “All Fruit” jams and jellies, but with a higher pectin-to-fruit ratio to get things to solidify a little more. But I knew I needed to still do more to it, to make them drier and chewier, and more shelf-stable. So after the mixture had been spread in the pan and cooled, I popped it in the oven at low heat for a few hours, to dry it out. At first, I thought I had erred, as it began to liquify and un-jell. But I kept it in for a while to see what would happen. As it began to lose moisture, it shrunk in height and became more like what I had in mind. A cross between fruit leather and fruit gummies, much more like the storebought brands my kids love so much. 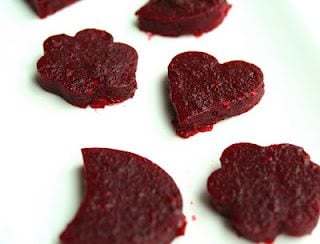 The Results: I won’t say I totally nailed it, but I think I came close. The flavour was much like the original version, but with a drier, chewier texture. They remained a bit “wet” on the bottom, but I didn’t want to keep drying them, for fear of turning them simply into fruit leather. But they were definitely more shelf-stable. I kept the pan in the fridge, but I could put them into my kids’ lunch boxes without needing a cold pack to keep them cool. They didn’t melt away into good, they stayed firm and in their original shapes. And my kids enjoyed them, which is the most important measure of success in these things. They aren’t as pretty as the original version, all plump and fruity, but for my purposes, they are more functional. Function over form, in this case! 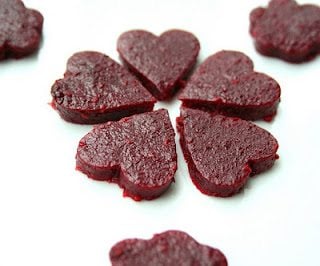 *These instructions assume you have read the Pomona’s Universal Pectin insert and have made up the jar of calcium water accordingly.

In a separate pan, bring juice to a boil. Pour hot juice into a blender or food processor and vent the lid. Add pectin powder and blend 1 to 2 minutes, or until all powder is dissolved.

Bring the berry/applesauce mixture to a boil. Add the juice/pectin mixture and cook 1 minute, stirring continuously. Return to a boil, then remove from heat.

Spread mixture in a glass or ceramic 7 x 11 inch pan and let cool.

Preheat oven to 170F. Bake fruit mixture for 3 hours, or until top is dry and firm to the touch.

Let cool and cut into squares or cut into fun shapes with cookie cutters.