This low carb Jamoca Almond Fudge ice cream recipe rivals the classic from Baskin Robbins. But it’s sugar-free and keto so it’s much, MUCH better! 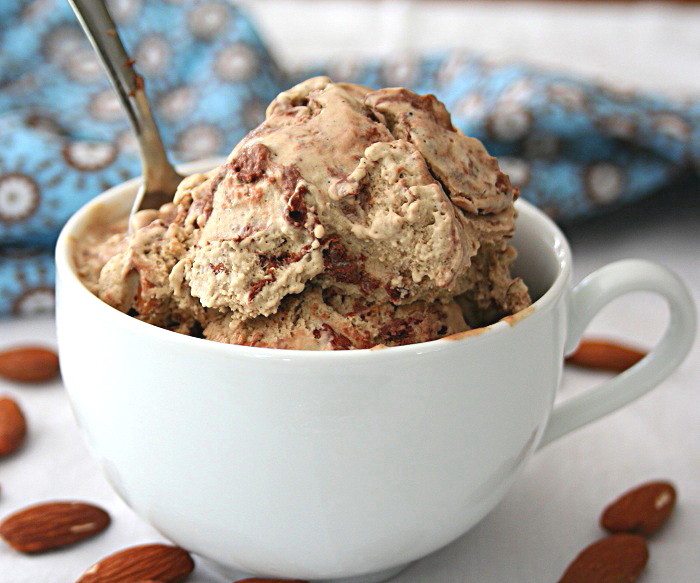 I’ve decided that you really can’t trust anything I say, when it comes to my recipes. That’s not to say that I am lying when I tell you a recipe is good. I wouldn’t dare do such a thing, because in this business, I’d be found out pretty darn quick. No, my problem is that I’m somewhat ADD about my “favourite” recipe. Just the other day, I was declaring my Mocha Mousse to be perhaps the best dessert I’ve ever made. And not long ago, I was crowing with delight about the Peanut Butter Caramel bars I’d made.  And oh, that Chocolate Layer Cake with Sour Cream Frosting.  And don’t forget my Chocolate Coconut Milk Pudding!  It would appear that I am very, very fickle when it comes to dessert.  Whatever sweet creation is in front of me at the moment is declared my newest, best, most treasured love, the other beloved desserts a distant memory when up against the reality of digging into something delicious in the here and now.

I am sure you can see where I am going with this.  Because this ice cream had me dancing around at the first taste, I was so pleased with myself.  It tasted exactly as I was hoping, which is to say, an almost perfect replica of the Jamoca Almond Fudge ice cream made by Baskin Robbins.  It was always one of my favourite flavours, it was a trusty go to when the other choices seemed uninspiring.  Of course, mine is rendered far healthier by way of having no added sugar and about a bajillion less carbs than the original.  And yes, bajillion is the technical term when one manages to significantly reduce the carbs in a beloved dessert. 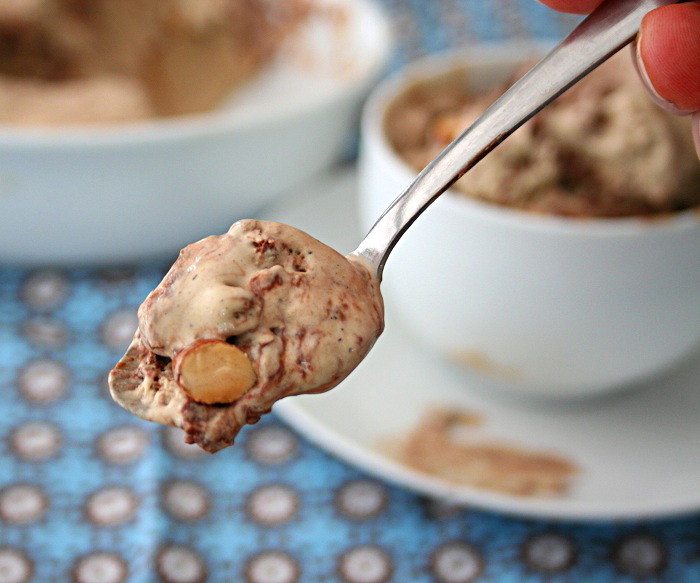 I’ve been thinking of making this recipe for a long, long time.  Ice cream is all very well and good, but I’ve always preferred the sort of ice cream that has lots of inclusions.  Swirls of sauce, chunks of chocolate and nuts, things that lend variation in taste and texture.  Jamoca Almond Fudge is all of these things so it’s always rated high on my list.  My biggest concern was being able to create a chocolate swirl that didn’t go rock hard in the freezer.  So I had to make it as gooey as possible which, in the absence of being able to use something like corn syrup, is tricky.  I decided that it needed both butter and cream to make the chocolate stay soft.  I held my breath as I added the cream, knowing that the chocolate would likely seize.  And it did, so I added a bit more cream and a bit  more and a bit more, whisking thoroughly until it unseized and smoothed out again.  I’m always scared that this trick won’t work, since it’s the liquid that makes the chocolate seize in the first place.  But thus far, it’s worked every time! 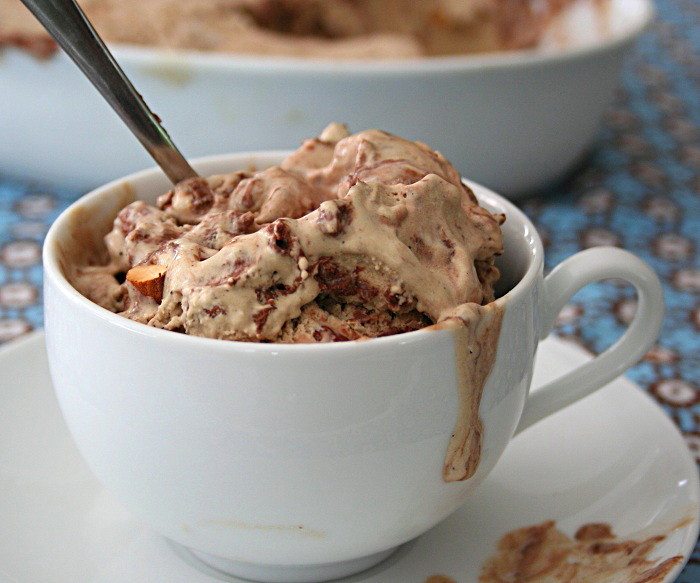 So, Baskin Robbins, you have some  homemade Low Carb, Gluten-Free Ice Cream competition.  How do you feel about that?