Creamy, tangy, and delicious, this keto lemon pie will have your tastebuds singing. With a simple low carb press in pie crust and a rich sour cream filling, it’s sugar-free pie happiness. 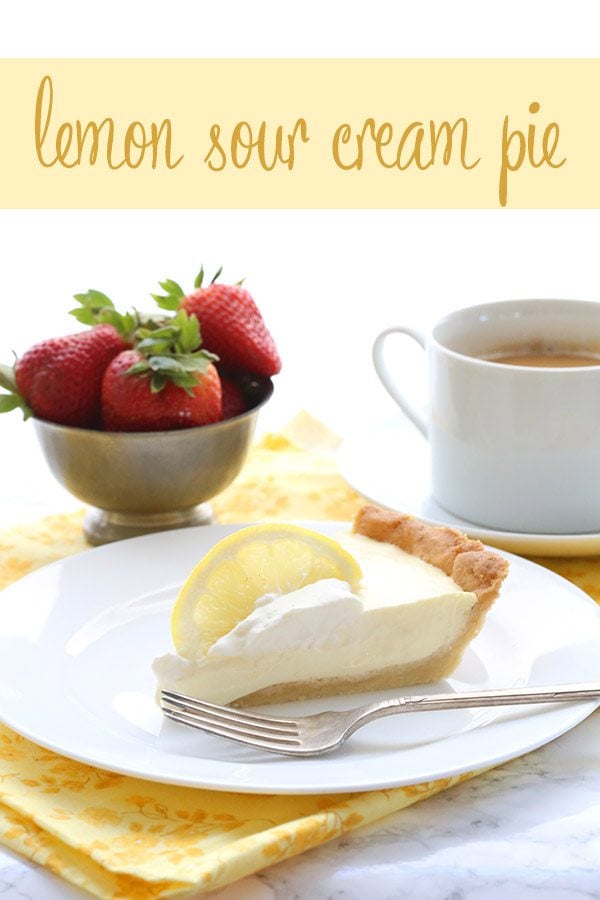 This keto lemon pie is one of those desserts you dream about. Perfect creamy lemon filling in an easy low carb pie crust. It really doesn’t get any better than this.

There are some desserts that just stick with you. And I don’t mean this in a bad way, as in making you too full or uncomfortable, or sticking to your hips or thighs or love handles. I mean it in the sense that it was so delicious, you can’t stop thinking about it.

You carry it around on your brain rather than your body, wishing you still had some and wondering when you can get around to making it again.

For me, that’s usually a rich chocolate dessert of some sort, but this time that honour goes to lemon. Specifically this keto lemon sour cream pie. So so good. Did I say it was good? I mean it was so SO good!

I have a lot of great keto pie recipes. Like my Keto Pecan Pie and my Strawberry Cream Pie. But this lemon pie recipe definitely ranks up there near the top. And since it’s such a fan favorite, I decided it needed a new instructional video too!

See how easy it is to make!

How To Make Keto Lemon Pie

Being such a dessert fanatic, I am always on the lookout for recipes that I think will convert well to a healthier version. I spied this pie from Ashlee Marie quite some time ago and saved it in my Pinterest folder for makeover recipes. It looked creamy and refreshing and perfect for a spring dessert.

Plus I have a bit of a thing for sour cream in sweet recipes these days, including my Low Carb Cranberry Muffins. That tanginess plays particularly well with fruity flavours and I knew it would make a great low carb pie.

The crust, obviously, needed to be revamped so I used my easy almond flour pie crust. It’s a delightfully simple press-in crust that takes only a few moments to make. And in this cake, you are pre-baking it, since it’s a cold no-bake filling. 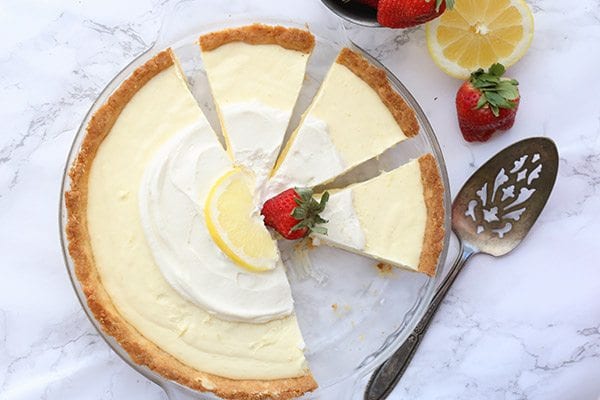 But I know my keto foods and so I also knew I would have to work a little harder to get the filling to set properly.

In a recipe such as this, sugar has the effect of thickening and setting a filling, and it goes without saying that I am not about to use sugar. So I used one extra egg yolk and some xanthan gum, as well as replacing the milk with heavy cream.

As with any custard-like filling, you need to watch it carefully. Don’t walk away while it’s cooking. Just hang out there right by your stove, whisking and watching. It will take less than 10 minutes. 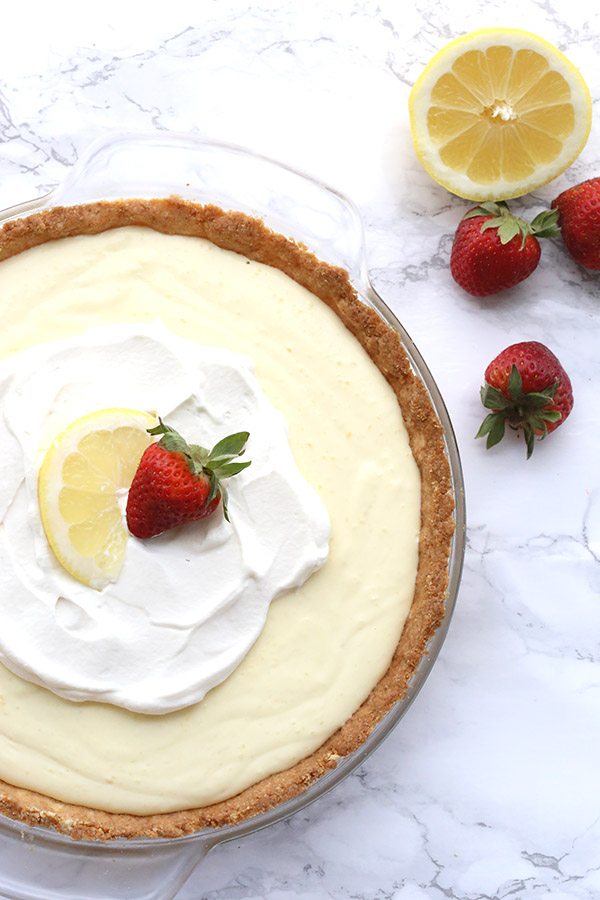 I also did something a little different than I’ve done in the past and that was to add the sweetener to the custard AFTER it had been cooked.

One of the tricky parts with working with erythritol-based sweeteners like Swerve is that it wants to recrystallize and I’ve found that heat accentuates this property. So when Swerve gets cooked along with the other ingredients in a smooth custard-like recipe, you sometimes get that funny little grittiness as it cools and recrystallizes.

I have been testing out this new method a bit for creamy fillings and I find that if you can add the sweetener at the end, you get little to no grittiness (for some recipes, it still makes sense to add the sweetener along with everything else).

I do recommend the Swerve confectioner’s in this lemon pie recipe. Because Swerve contains oligosaccharides, a prebiotic fiber, it helps the filling set properly. If you do choose to use another sweetener, you may want to add a little additional xanthan gum. 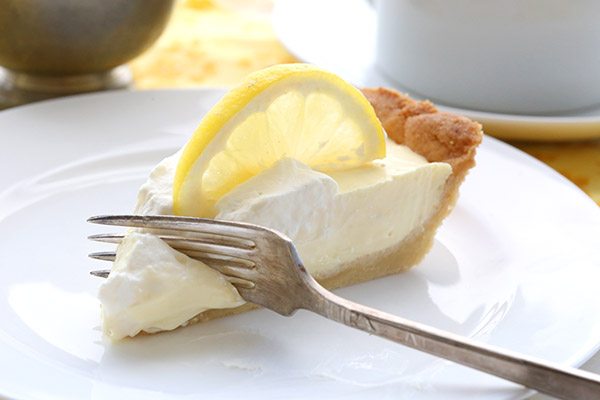 This is where you need a little patience. A custard based pie like lemon sour cream pie needs to set for a long while. At least 4 hours, if not more. So be forewarned. If you are planning on making this for an event, make it at least a day ahead!

The end result? Oh friends, if you like creamy lemon desserts, you are going to go nuts for this keto lemon pie. It was so smooth, so tangy, so lemony and delicious. It’s one that will stick with you. But being a low carb recipe, at least it won’t stick to your hips! 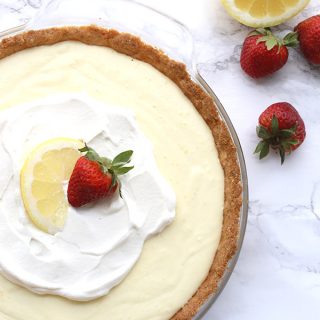