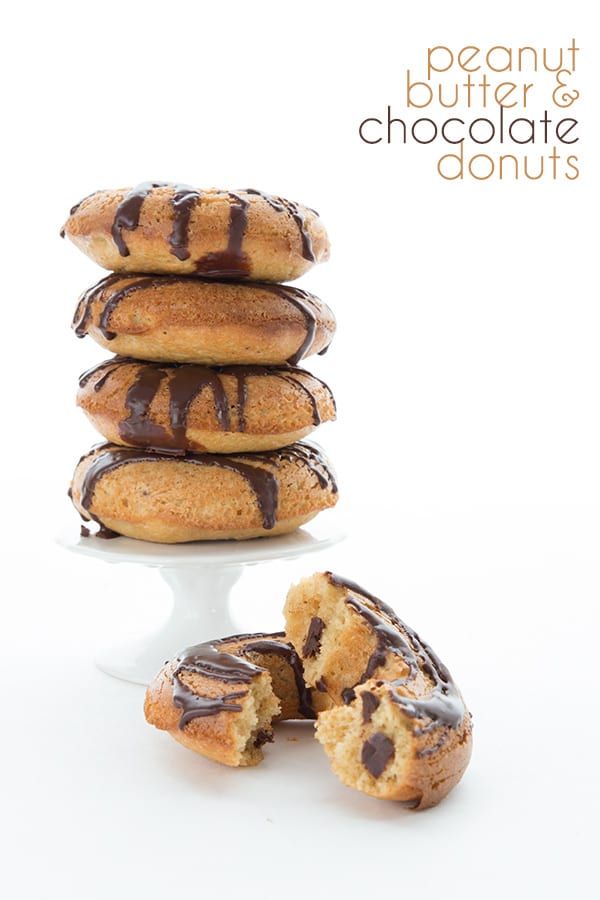 The donut pan may be the greatest invention known to man. Or, if that’s putting it to strongly, the greatest invention known to the keto lifestyle. Because let’s face it; donuts are the downfall of many a low carb dieter. Office break rooms filled with donuts brought in by a well-intentioned co-worker make the temptation hard to resist. And who doesn’t love a warm donut on a lazy weekend morning? 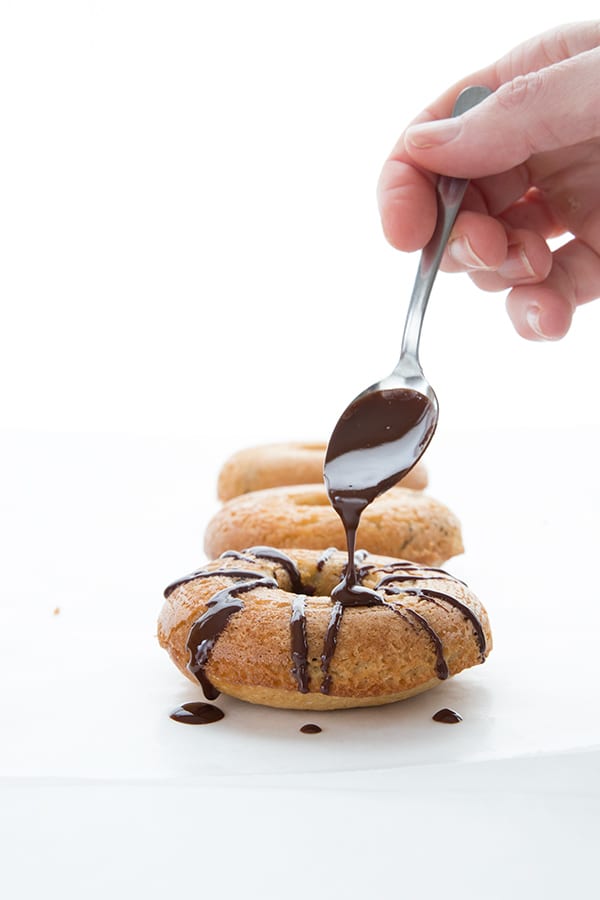 But with a donut pan, keto donuts are indeed possible. Not only are they possible, they are delicious and delectable and they take that office break room temptation and stop it right in its tracks. And homemade low carb donuts are so easy to make, there is almost no excuse not to. They are freezable too, so if you’re the sort of person who needs donuts on a regular basis, you can whip up a huge batch and keep them on hand for any time the cravings strike. 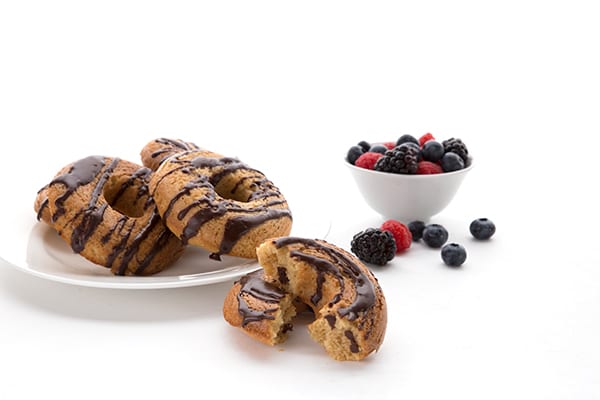 These low carb peanut butter donuts are actually a riff on my well-loved keto Peanut Butter Mug Cake recipe. My kids love those mug cakes so much and I found myself wondering if I could do something else with it. I know readers have baked them instead of microwaving them. And a few have doubled the recipe and made a larger cake. But there is something so appealing about that circle shaped pastry with a hole in the middle. So low carb peanut butter donuts it is!

Be sure to check out these Gluten-Free Gingerbread Donuts too. They aren’t low carb but could be adapted!