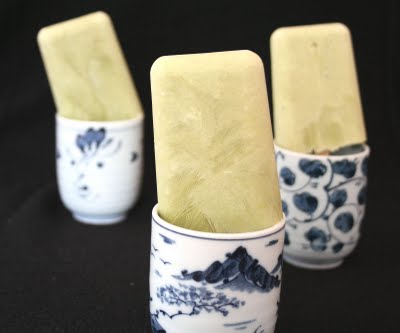 Once upon a time, in a far away land called Trader Joe’s, there was a flavour of yogurt that was favoured above all other flavours. At least, it was favoured by a young Trader Joe’s fan. It was one of a trio of “coffeehouse” flavours. There was the Caffe Latte, and the Mocha – these were both very good. But they were outshone by the third, the Matcha Green Tea Yogurt. It was truly a one-of-a- yogurt flavour. It was light and sweet, without being cloying, and the green tea paired beautifully with the milky yogurt. Alas, it did not gain the favour of enough other people, and the beautiful Matcha Yogurt was pulled from the shelves. The Trader Joe’s fan was crushed, utterly crushed. 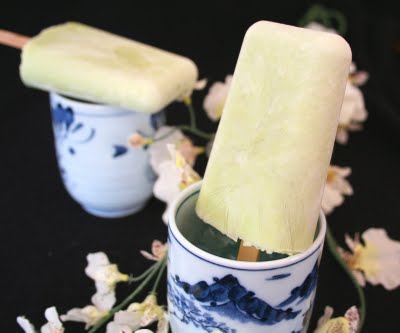 In the intervening years, the Trader Joe’s fan had three children and became a diabetic, so she had to give up flavoured, sweetened yogurts, and eat only plain, greek yogurt. But she often thought fondly of her favourite and wondered if any other manufacturer’s made such a flavour. Then she started making her own yogurt, and it suddenly occurred to her that she could make her own darn Matcha Yogurt! Who needed the third party manufacturers??? All she needed was a little Matcha Green Tea powder and a little low carb sweetener, and she could eat all the Matcha greek yogurt her little heart desired. 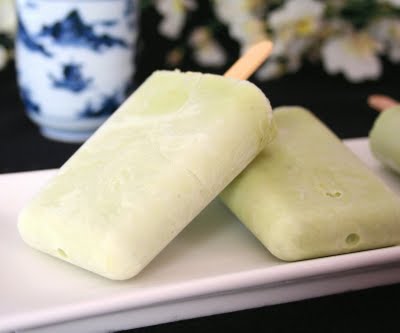 She was a tad horrified at the cost of the matcha powder, but she finally bit the bullet and ordered some. By the time she got around to creating her beloved yogurt, it was summer and she was in the middle of a heat wave. So she decided to take it a step further and create a frozen treat that would cool her down and give her the taste experience she so desired. She whisked up a bit of the matcha powder with boiling water to create a thick matcha paste. Then she grated some lemon zest and squeezed some lemon juice, to give the yogurt a little zing. She sweetened the yogurt with a bit of powdered erythritol and liquid stevia, and stirred in a bit of the matcha paste, tasting and adjusting as she went. And when she was done, she had four Matcha Frozen Yogurt Pops, just waiting to be eaten. 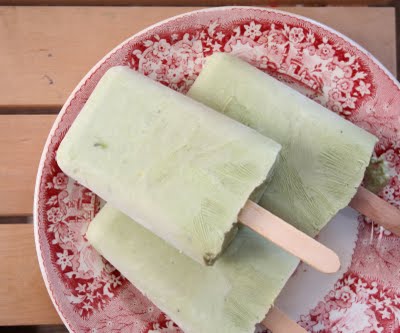 The Results: First, I am going to stop talking about myself in the third person, because it’s getting annoying. Second, I am going to tell you that these were everything I had hoped they would be. The green tea flavour comes through perfectly, without being bitter or overpowering. They are lightly sweetened, and I think that the bit of lemon helps to bring out all the flavours nicely. If, like me, you are horrified at the cost of matcha powder, rest assured that a very little goes a long way. And miracle of miracles, I managed to make exactly enough of the yogurt to fill the four holes of my popsicle mold perfectly.

If you like the flavour of Matcha green tea, you will love these. You could make it as just Matcha frozen yogurt, by churning the mixture in an ice cream maker. That would be a lovely treat too!

One little note on making popsicles. I am no expert but I’ve noticed that the plastic sticks that come with my popsicle molds are pretty lousy when you try to pull the popsicle out. More often than not, it just comes sliding right out on its own, leaving a pop with no stick still stuck in the mold. I bought a bag of wooden sticks at a craft store and I use those. I also reuse ones from storebought popsicles. The wood is a rougher surface and seems to bind better to the frozen treat. 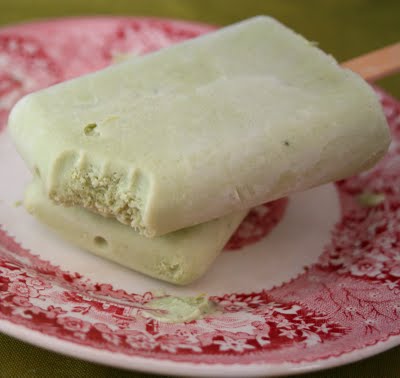 Spoon mixture into popsicle molds and freeze 1 hour, then add the popsicle sticks, pressing them down into the pops about 3/4 of the way. Continue to freeze until solid, at lease another 3 hours.

To remove popsicles from the molds, run under hot water or submerge most of the way in a bowl of hot water. Then gently tug on the sticks to loosen.

Makes 4 regular-sized popsicles. Each popsicle has a total of 12.3g of carbs, but most of this is from erythritol. NET CARBS = 3.3g