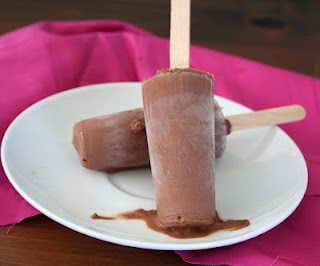 So I promised you a delicious, Greek yogurt based recipe to go along with last week’s giveaway . This is that recipe, and it really is delicious. It also happens to be quite versatile, and it came about in a rather circuitous fashion, so bear with me. I had recently seen a recipe for dark chocolate frozen yogurt on someone else’s blog and I thought it sounded wonderful, and possibly adaptable for low carb.  But when it came time to make it, I couldn’t remember on who’s blog I’d seen it.  This is typical for me, and I am sorry to the blogger as I can’t give proper credit for the inspiration.  I do know I commented on it, so if this rings a bell to anyone, speak up!  I will happily edit the post to put your link in.

I knew no matter what recipe I adapted, I would have to do some experimentation.  If you are used to working with sweet and semi-sweet chocolate, you may not realize how finicky unsweetened and high % cacao chocolate is.  It’s tricky stuff and as a general rule, it does not like to be added to liquid.  I’ve had more batches of seized chocolate than I care to discuss, quite frankly.  Sometimes, I can unseize the chocolate with a little butter or oil and some brisk stirring.  Sometimes, it can’t be saved.  And I was pretty certain that if I just tried to melt some unsweetened or very dark chocolate and add it to the yogurt, I’d get an inedible mess.  I didn’t want to take that risk.  I decided to melt the chocolate by adding it to hot cream.  Sometimes this ends up with seized chocolate, sometimes it doesn’t.  I am never quite sure what will happen. 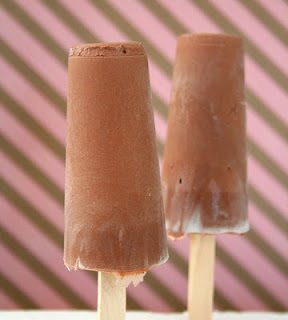 Well, it seized.  And I panicked.  I did not want to have to throw out the whole batch.  But I remembered a trick I’d read in Cook’s Illustrated about unseizing chocolate by adding MORE liquid.  Sounds completely counter-intuitive, right?  I sure thought so, but I figured it was worth a try.  I added one tablespoon more cream, increased the heat slightly, and whisked vigorously.  It seemed to start smoothing out, so I added another tablespoon of cream and kept whisking.  And to my surprise, it completely smoothed out.  I was worried it would seize again when I added it to the yogurt, but it mixed in beautifully. 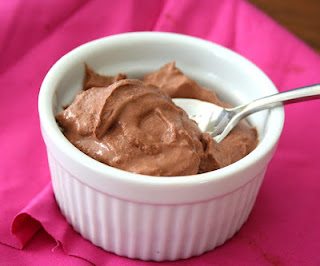 The Results:  The original intention was simply to make frozen yogurt.  But after I’d chilled the mixture, it thickened up remarkably.  It was almost like pudding, quite honestly, and I could hardly help myself but to scoop out a little bowl and eat it just as it was.  It was delicious, rich and chocolatey but with that tang of yogurt.  The texture was smooth and creamy, but as thick as if it was soft-serve frozen yogurt.  I knew it would have been great churned in an ice cream maker, but the thick texture was really appealing just as it was and I contemplated not freezing it at all.  We’ve had this crazy warm spell here and I wanted a frozen treat, so in the end, I opted for spooning it into popsicle molds and freezing it that way.  And I was really, REALLY happy with the results. Trust me, these are the ultimate healthy, warm weather treat. 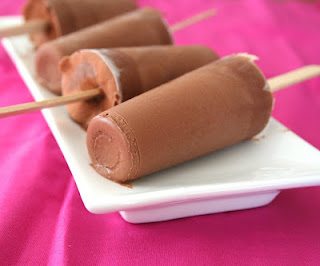 In a small saucepan over low heat, combine whipping cream, cocoa powder and powdered erythritol, whisking until smooth. Heat through but do not bring to a simmer. Add chopped chocolate and allow to sit 2 minutes, until melted, then whisk until smooth.

**Depending on the chocolate you use, it may seize when added to the hot cream. All you need to do is increase the heat a bit, and add more cream, one tablespoon at a time, whisking vigorously until it smooths out.

In a medium bowl, combine Greek yogurt, stevia and vanilla extracts. Stir in chocolate mixture until well combined. Spoon or pipe into popsicle molds, add sticks and freeze until solid, at least 2 hours.

Alternatively, you can refrigerate the mixture for an hour or two and then churn it in an ice cream maker according to manufacturer’s directions.

For frozen yogurt, it makes about 6 servings.  So double the amounts above for total carbs.