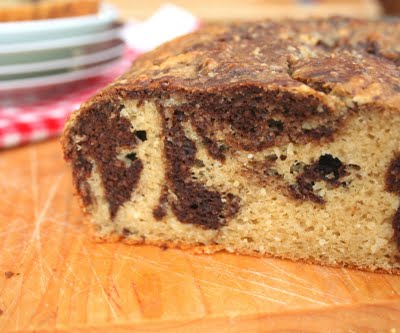 Not all peanut flour is created equal, it would seem. My original source for peanut flour was Trader Joe’s, but the discontinued the product in January. It was gaining quite a bit of a cult following, so I know I am not the only one who was dismayed when I no longer saw it on the shelves. I cast around for another source and finally found some online, so I promptly put in my order for two pounds. Peanut flour is rapidly becoming one of my favourite low carb ingredients, along with almond flour and I figured I need to have a good amount of it around.

The minute it arrived, I could tell it wasn’t the same as the peanut flour from Trader Joe’s. Now, let me be clear that not being the same doesn’t mean it was bad, it was just…different. It was lighter in colour and less dense and powdery. I remember reading that the Trader Joe’s peanut flour was roasted and “defatted” to a certain percent. This peanut flour was a lot more like my almond flour, simply made from ground, unroasted peanuts. Since I’d ordered two whole pounds, I figured I needed to get cracking and bake with it, to see how it performed. 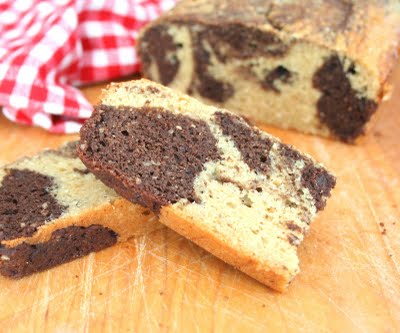 I decided to test it out in a recipe I’d had in my head for a while. It was inspired by a peanut butter sandwich bread I saw on Eat, Live, Run. When I first came across the recipe, I thought it was made with peanut flour and was very excited. But a closer look at the recipe showed that it was made with regular flour and that once again, I was on my own to find a way to make it low carb. And of course, in the interim, the recipe evolved in my head to contain chocolate. It’s very difficult for me to envision any sort of sweet peanut-buttery item without adding in chocolate. But the peanut butter still gets top billing in this recipe because between the flour and the actual peanut butter, that’s the defining feature. 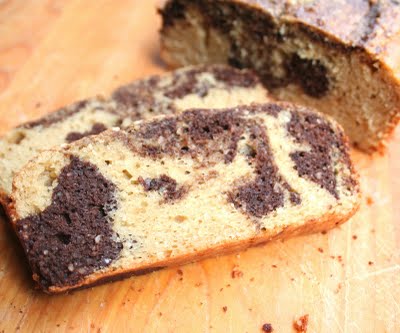 The Results In the end, I am rather glad I had to go it alone and come up with my own recipe for peanut butter bread. Because this stuff is good. Really good. It really only lasted a few days, as everyone, including the baby, loved it. I myself only got about 3 slices! It’s dense and sweet and very peanutty, and makes a perfect breakfast or snack. It’s great with a cup of coffee!

The non-Trader Joe’s peanut flour performed admirably and I don’t regret buying two pounds of it. I do think, however, that if you have the roasted, defatted kind, it will behave somewhat differently and you may need to adjust for that in this recipe. It absorbs more liquid, so you may find you have to up the almond milk to get the proper batter. I would start by adding one or two extra tablespoons at a time until you have a batter that is similar to cake batter. Mine was almost pourable when I spread it into the prepared loaf pan. You could also try starting with less peanut flour, say 1 ½ cups instead of two cups. 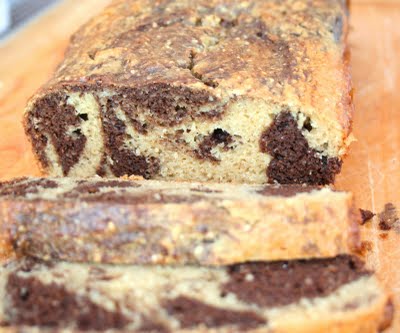 In a large bowl, beat cream cheese and peanut butter together until smooth. Beat in eggs, one at a time. Beat in stevia. Add half of peanut flour mixture and beat until combined. Add ¼ cup almond milk and beat, then remaining peanut flour, beating until combined.

Remove half of batter to a separate bowl and set aside. Beat cocoa powder into remaining batter, then add remaining ¼ cup almond milk and beat until combined.

Alternate scoops of light and dark batter into the pan. Swirl with a knife and then smooth the top. Bake 40 to 50 minutes, or until a tester inserted in the center comes out clean and the edges are beginning to brown.

Let cool in pan 10 minutes, then flip out onto a wire rack to cool completely.